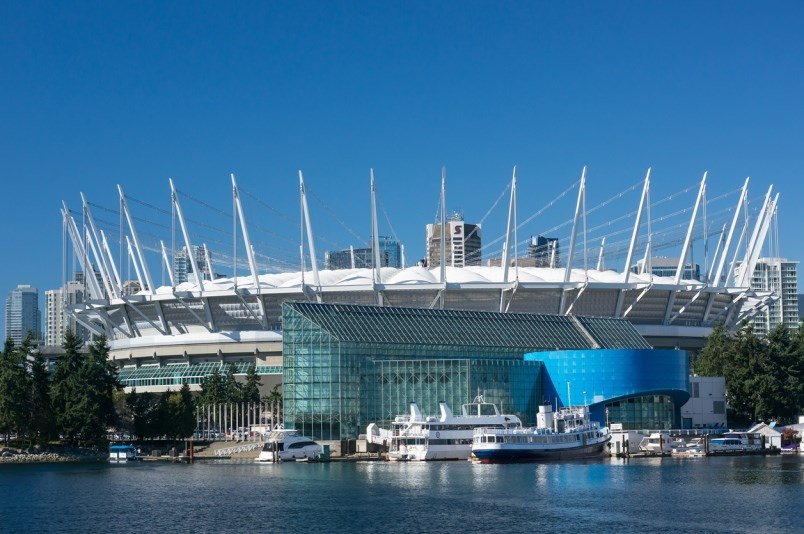 The next steps in the high-profile court battle over the Plaza of Nations are taking shape, as the owner of the site — a company held by Singapore magnate Oei Hong Leong — has filed paperwork in its countersuit against officials from major Vancouver developer Concord Pacific Group.

The lawsuit centres around the development of the Plaza of Nations, one of the last large land parcels available for redevelopment in Vancouver’s downtown core.

Oei bought the site in 1989 for $40 million and said the company wanted to find a development partner in Vancouver in 2015.

The lawsuits began in October 2015, when Oei sued Concord Pacific in Singapore for not paying $40 million as part of a “heads of agreement” deal between the two parties in May of that year. Soon after Oei’s Singapore lawsuit, Concord Pacific filed a suit against Oei in B.C., launching parallel legal battles on both sides of the Pacific Ocean over the Plaza of Nations site.

In the B.C. lawsuit, Concord Pacific argued that the “heads of agreement” deal is a binding contract that Oei violated.

CMPC’s countersuit, originally filed in Singapore but which began being heard in B.C. courts in February 2016, accuses Concord Pacific Acquisitions and Hui of using the original lawsuit (filed in October 2015 against Oei and his companies) to keep the owner from developing the Plaza of Nations after an agreement with Concord Pacific fell through.

In the application filed last month to include Ju as a defendant, CMPC lawyer Irwin G. Nathanson alleged that “Hui and Concord [Pacific Acquisitions] deliberately … determined that these claims would be advanced for the purpose of seeking to constrain the ability of the plaintiffs to deal with [the Plaza of Nations site] … or to develop the Lands by means of a partnership or venture with other Canadian developers.”

Neither Nathanson nor Concord Pacific attorney J. Kenneth McEwan was available to comment on the case, but in a response filing to the CMPC application to add Ju as a defendant, Concord Pacific denied Oei’s claims in the countersuit, noting the original lawsuit by Concord against Oei was for “breach of contract and breach of good faith.”

Oei and Hui’s 2015 talks were originally for a deal that would see Concord Pacific pay Oei for the right to develop the site. After the deal fell through, CMPC said its discussions to work with other local developers like Westbank Corp. and Aquilini Development were not fruitful.

The CMPC application to add Ju to the defendants list said that it is making the move because of the Concord Pacific executive’s “central role in carrying out negotiations with the plaintiffs [Oei, CMPC] on behalf of Terry Hui and Concord [Pacific Acquisitions],” as it was revealed in the legal proceedings of the original Concord Pacific lawsuit.

“At the trial, Terry Hui gave evidence on cross-examination that it was David Ju who was responsible for dealing with Concord [Pacific Acquisitions]’s lawyers in respect of the transaction,” the CMPC application alleges.

Concord Pacific’s response countered that Ju “was not a plaintiff in the Concord Action [original lawsuit] but was a witness on behalf of Concord.” It added that Ju is not an officer or director of Concord Pacific Acquisitions Inc. Concord’s response also noted Ju’s role was “in relation to the negotiation of the transaction with the plaintiffs, not the commencement of the Concord Action [initial lawsuit].”

In the initial lawsuit launched by Concord against Oei, BC Supreme Court Justice Peter G. Voith ruled in a July 19 decision against Concord Pacific. The judge dismissed the claim on grounds that the May 2015 agreement that Concord referred to was not enforceable. Oei and CMPC were consequently awarded the costs of that legal action.

McEwan said previously that Concord is mulling an appeal of that decision. Officials from CMPC said this week that Concord has indicated it will appeal Voith’s decision; Concord Pacific did not comment on the lawsuit’s status.

Meanwhile, Oei’s lawyers have filed a request to adjourn the countersuit process against Concord Pacific and its application to add Ju as a defendant, which was slated originally to start on Sept. 4. The postponement may be linked to the anticipated appeal.

Concord Pacific and CMPC are both rolling out separate plans, announced in 2017, to develop their portions of the former Expo site along False Creek. CMPC’s plans call for a 1.4-million-square-foot development at the Plaza of Nations, with work slated to begin next year.

Meanwhile, Concord Pacific unveiled its 10.2-acre False Creek waterfront plans at around the same time as the CMPC announcement. Officials said those plans will not be affected by the outcome of the legal proceedings.