China-based realty portal, local agents say rush of foreign buyers looking to snap up a deal could mean this sub-market has already hit bottom
Mar 15, 2019 6:02 AM By: Frank O'brien 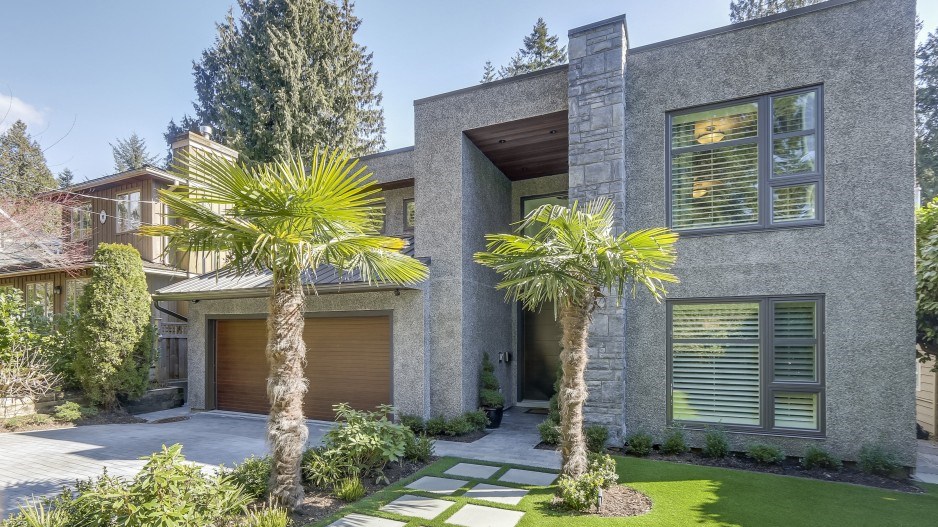 Three Beijing buyers bid on this West Vancouver house at 872 Sinclair. It sold for $3.4 million in March, $600,000 above its BC Assessment value. | Submitted

Fuelled by a sudden spike in China-based buyers, the West Vancouver luxury housing market is bouncing off the bottom, according to China’s largest real estate portal and West Vancouver agents.

This month a West Vancouver “cabin” sold for $3.4 million – $600,000 over its assessed value – to a Beijing buyer, and the largest Chinese real estate search engine for global properties has seen a surge in inquiries for West Vancouver homes. This, agents say, is indicative that after a 40 per cent price plunge from the peak, B.C.’s premiere luxury housing market could be coming back.

“In January, premium enquiries tripled the level of the month before. That's a big proportionate increase, but off a low base. It seems to support agent feedback that bottom feeders are on the hunt for cheap West Vancouver palaces,” Law said.

Law said Chinese inquiries for premium properties – those valued at $2 million or more -– in Metro Vancouver collapsed by 66.1 per cent in 2018 after the B.C. government raised the foreign-home buyer tax to 20 per cent of a home’s value, the highest such tax in the world.

“The three offers that I got on Sinclair all came from new immigrant Chinese with limited English. I was told by their realtors that they were from Beijing,” said Hartree, an agent with Re/Max in West Vancouver.

“My open houses in West Van are packed with Chinese,” said Hartree who has been selling West Vancouver real estate for 32 years. “The smart money is noticing all the price drops and taking advantage. This may well indicate a bottom.”

Like other West Vancouver agents, Hartree said the foreign buyers are playing hardball.

“Buyers are inflexible; there is no emotional buying,” she said. “They stick to their offers. Most of my buyers have at least three choices by the time they start offering. If they get a ‘no’ or a counter offer, they go to the next [listing].”

Lisa Sun, a premium-property agent with Maxwell Westcoast Realty in West Vancouver, said some buyers are getting “unbelievable deals you never would have expected until very recently. Low-ball offers are the rule now and some sellers are adjusting their expectations.”

Others won’t, at least not yet.

But, she added, some sellers are willing to deal.

The benchmark price of a typical West Vancouver detached house in February was down 16.7 per cent from a year ago and 21 per cent below the price in February 2017, according to the Real Estate Board of Greater Vancouver. Luxury house prices have fallen twice that since the peak, agents estimate.

“Why would a seller take a 40 per cent haircut off their price? Many investors or builders are holding too much inventory. With the new taxes, the carrying costs are becoming too much to bear. They are willing to let their homes go at a price far below market value,” Sun said.

“The ultra-luxury buying in West Vancouver has always been dominated by Chinese and Iranian buyers,” Sun added, estimating the two groups account for 70 per cent of such sales.

"In the last six weeks, the number of inquiries we get for new homes has at least doubled compared with October, November and December of last year,” he said March 12.

“Sales have started to come in, and we are getting a lot more inquiry on new construction.”

B.C.’s high tax on foreign buyers is being absorbed not by buyers but by sellers, agents say.

Hartree explained that one of her foreign buyers has a limit of $5.5 million, including all taxes. She will therefore present a $4 million bid on a house listed at $5 million, with the 20 per cent tax factored in.

“That extra $1 million goes to the government, not to our local sellers,” she said.

Others speculated that the high-profile case of Meng Wanzhou, the Huawei CFO arrested in Vancouver and being held for possible extradition to the United States, would have a negative impact on Chinese buyers of Vancouver real estate, but Juwai.com’s CEO said it appears to be simply raising Vancouver’s profile among China’s elite.

“The Meng Wanzhou case is putting Vancouver front and centre for wealthy mainland and Hong Kong Chinese,” Law said. “We haven’t seen any immediate impact on Chinese demand for Vancouver property. In fact, on the week of her arrest, the number of Chinese buying inquiries for Vancouver property was up significantly from the year before. We can say that the buyers we work with are not mentioning this case to us. It doesn't seem to be relevant to them so far.

"Is it possible that the Wanzhou case could actually spur more personal Chinese investment in Vancouver? That's a probability. The manner in which Vancouver handles itself while in the spotlight could make or break the city's reputation for years to come.”