Provincial government changes B.C. Building Code to allow for mass timber buildings of up to 12 storeys
Mar 13, 2019 11:22 AM By: Joannah Connolly 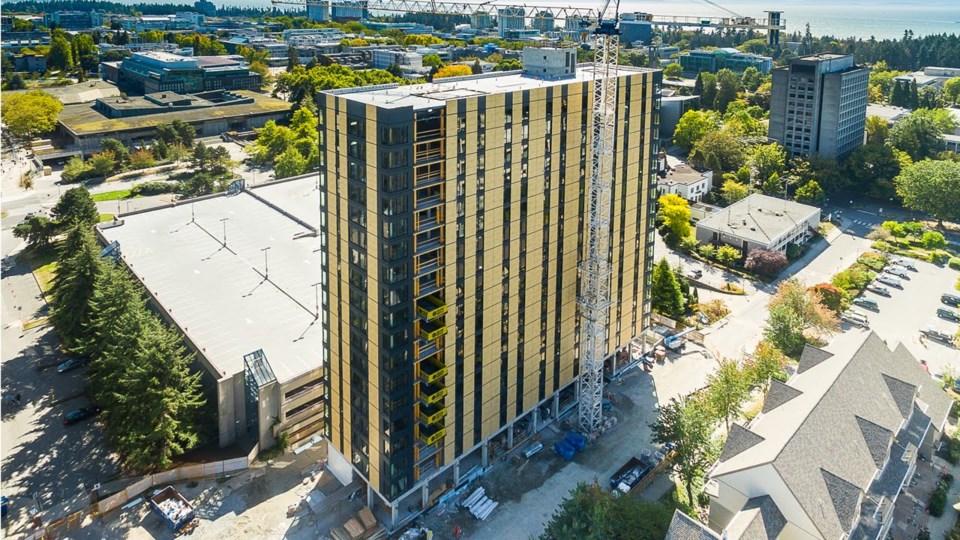 Adera’s Eric Andreasen said of the announcement, “Increased the density of wood buildings increases supply, which is good for customers and could ease demand over time. With recent trends in land prices, taller wood buildings allow a larger number of homes on a smaller lot. Again, this is good for both buyers and developers and builders. Opportunity comes with acceptance from buyers, consultants like architects and engineers, and approving officials. Acceptance comes from awareness. This announcement is generating an awareness of the potential to build taller wood buildings that perform as well as, if not better than concrete buildings built to code.”

Currently, there are only a few B.C. examples of wooden buildings over six storeys. UBC’s Brock Commons student housing is a pilot 18-storey residential building constructed out of mass timber. According to the B.C. government, the estimated carbon benefit from the wood used in the Brock Commons building was equivalent to taking 511 cars off the road for a year.