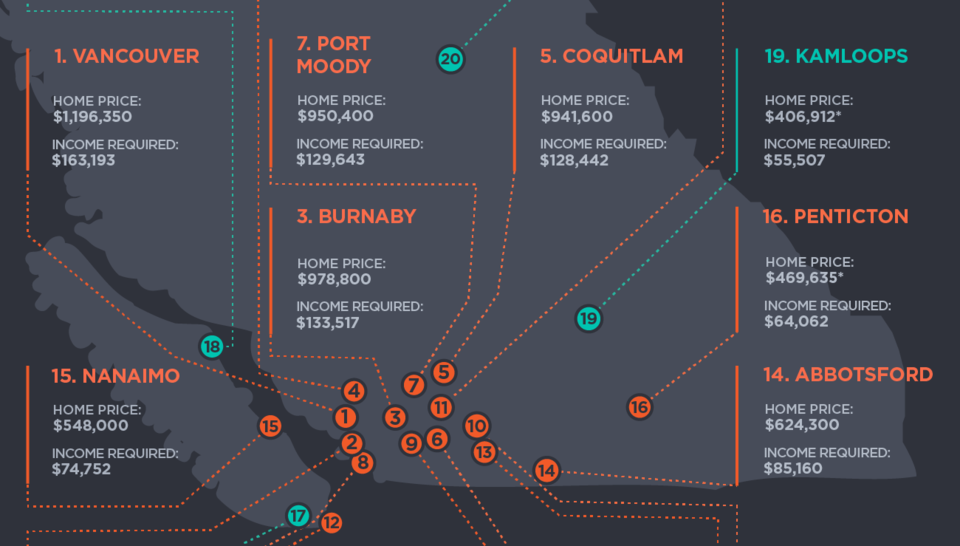 Buying a typical Metro Vancouver home at the current benchmark price requires an annual income of at least $100,000, rising to $163,193 in Vancouver proper, according to a new study by real estate website Zoocasa.

The report compares the benchmark price of a home (all property types combined) in 20 B.C. cities with the income needed to service a mortgage on that home. Zoocasa’s study assumes the buyer has 20 per cent down, a 3.33 per cent interest rate and a 30-year amortization.

It also looked at the gap between that required income and actual average incomes in the area. Zoocasa found that this income gap ranged in the Lower Mainland from around $15,000 to nearly $98,000 in Vancouver.

The most affordable B.C. city in the rank was Prince George, where the income needed for a typical home is around $43K a year, and the actual average income is $78,427 – more than $13K higher than Vancouver’s average income.

Check out the affordability gap in your city in the full infographic below.