Canadian vs U.S. real estate: Winner and loser since 2008 (INFOGRAPHIC)

The 2008/9 recession hit the housing market hard in both countries – this infographic reveals who has come out on top in the past decade
Nov 5, 2018 12:10 PM By: Joannah Connolly 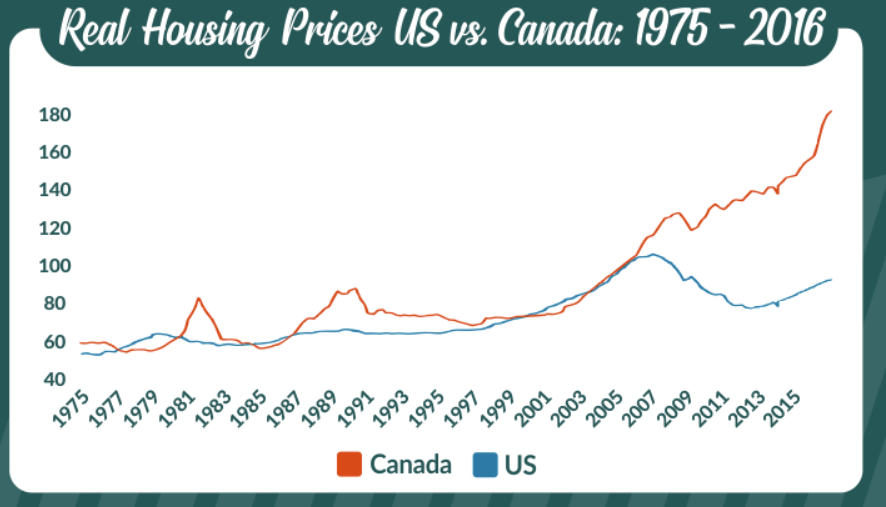 Housing prices in Canada and the U.S. diverged dramatically at the 2008/9 recession. Source: Point2Homes

The U.S. housing market was even harder hit by the 2008/9 recession than here in Canada. The sub-prime crisis brought many homeowners to financial insolvency, and foreclosures soared south of the border.

But how have Canada and the U.S.’s housing sectors fared since then – and which market has done better?

This infographic from a new study by real estate website Point2Homes tells the story of the past decade in real estate across both countries. And in terms of housing affordability, there is a clear loser (hint: it’s the country where prices didn’t totally plummet in 2008).

The study also examined homeownership rates, median incomes and rental price increases in both Canada and the U.S.

Check out this eye-opening infographic, below.