Jaw-dropping home is accessed by elevator via a tunnel in the cliff – and has its own waterfall
Oct 26, 2018 7:00 AM By: Joannah Connolly 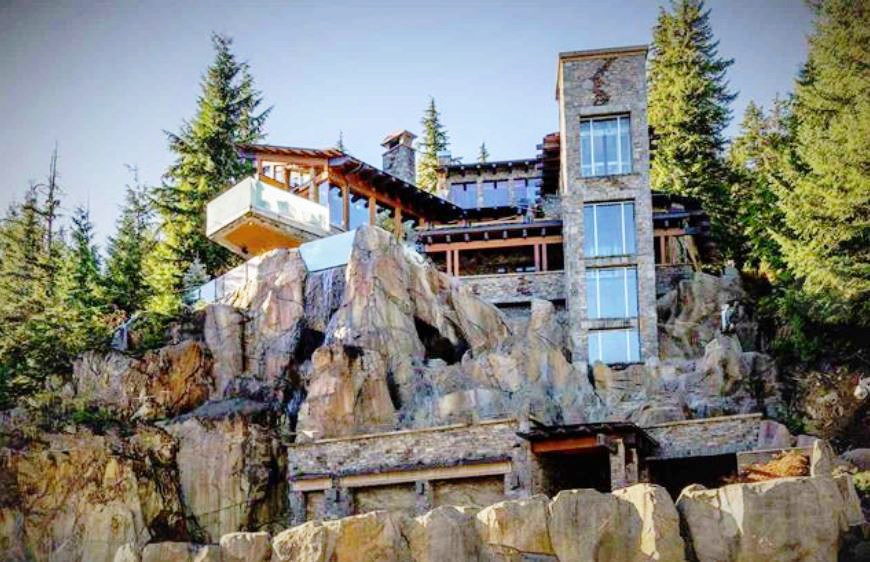 If you have deep pockets and are looking for the most awesome house in Whistler for this ski season, look no further.

This unique Whistler house was listed on the MLS early in October for $9.8 million and then quickly reduced to $8,998,000.

The 13-year-old house, named Stonecliff Falls, is built on top of and into a cliff in the Brio neighbourhood, which is a 20-minute walk south of Whistler Village. The main architectural feature is the glass-walled tower housing the elevator, which is accessed via a tunnel in the cliff at street level. To the left of the stone-camouflaged double parking garage is the home’s very own waterfall.

Up on the main level, an entry corridor with amazing views leads into the open-concept great room, with living, dining and kitchen spaces and double-sided fireplace. The home has additional entertaining and living areas, as well as a large games room with bar and two steam/sauna rooms.

There are four bedrooms and six bathrooms, including a master suite with a fireplace and amazing mountain views, plus large ensuite and dressing room, and its own balcony.

Outside is more than 2,000 square feet of outdoor living space, including various view terraces and a large hot tub with its own mini-waterfall.

Check out more photos of this jaw-dropping listing below, and scroll to the bottom for a virtual video tour.