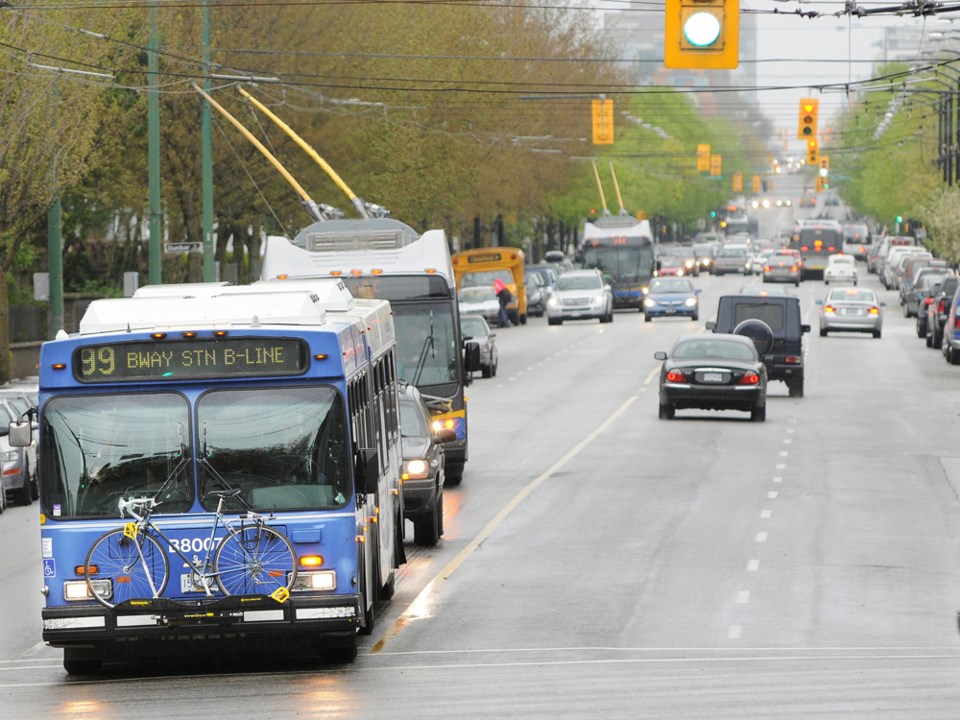 City council Wednesday adopted the terms of reference for a two-year process to develop a comprehensive land use plan for the Broadway area from Clark Drive to Vine Street and between First Avenue and 16th Avenue. Photo Dan Toulgoet

Vancouver city council Wednesday adopted a new policy to prevent land speculation along the Broadway corridor, which was proposed in late May.

At the same meeting, councillors adopted the terms of reference for a two-year process to develop a comprehensive land use policy plan for the Broadway area. The plan will integrate the future SkyTrain extension with a goal of creating housing affordability, job space, social and cultural amenities, environmental sustainability and public amenities.

The Broadway planning program will look at the area along Broadway from Vine Street east to Clark Drive and between First Avenue and 16th Avenue.

“With the future addition of the Millennium Line extension (Broadway Subway) along with the existing Canada Line, Broadway will have greatly improved transportation access, which presents an important opportunity to examine the future role and vision for the area,” the city statement reads.

The plan would aim to:

To curb land speculation within the area, which has seen an increase in demand since TransLink announced the Millennium Line expansion, council adopted a new measure called a development contribution expectation (DCE). It is intended to “limit land value speculation by ensuring that owners, realtors and developers are made aware of the city’s expectation to preserve and grow affordable and rental housing and job space,” according to a City of Vancouver press release.

Under the new policy, once the planning work is completed and approved by council, the standard community amenity contribution process will determine if rates are adjusted to more closely reflect the specific outcomes of the area plan.

“The DCE interim rates would not be collected at the time of a land sale or acquisition, but would indicate the amount that would be expected for future redevelopment,” the city said.

The Broadway planning program will include opportunities for public input over the next two years and will coordinate with ongoing work on the Millennium Line Broadway extension.

Staff will report back in December 2020 with a new plan and associated policies.

A subsequent phase of the extension would see the line expanded further west to UBC.