Developers pay up to keep transit plans on track 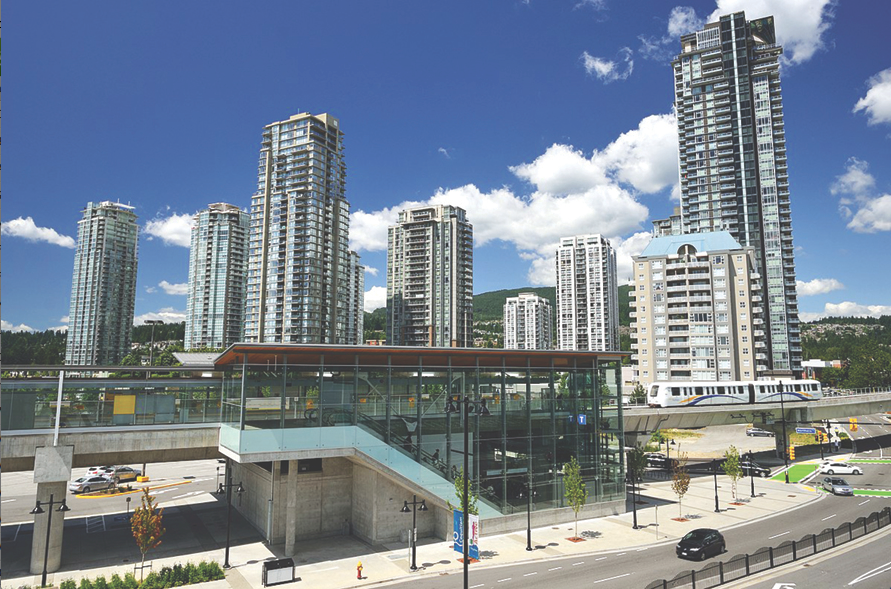 Real estate developers anted $20 million to complete the Lincoln SkyTrain station in Coquitlam; other developers have ponied up for transit improvements in Richmond and Vancouver. | Tri-City News

Real estate developers have put up money to start and complete Metro Vancouver transit plans, which are seen as “crucial” to the local economy – and real estate sales.

Cressey Development Group, a residential developer, and Morguard Real Estate Investment Trust, which owns Coquitlam Centre mall, anted up about $20 million for the Lincoln station on the SkyTrain Millennium Line extension into Coquitlam that opened in December 2016.

Developer Onni offered $20 million to help pay for a new Canada Line station in Vancouver next to a large residential project at Cambie and West 57th Avenue. TransLink has not yet approved that station.

Today, in fact, the only transportation infrastructure project that appears to be on schedule is the new Canada Line station at Capstan Way in Richmond. There, residential developers Polygon Homes, Concord Pacific and Pinnacle Properties ponied up $3.5 million for TransLink to get the ball rolling on design work.

The money came with a stipulation: the station must now be completed within 30 months.

That could be a stretch, based on the glacial movement towards Metro transit expansion.

The past 12 months “could be characterized as the year of the second opinion when it comes to transportation futures for the region,” said Anthony Perl, a professor of urban studies and political science at Simon Fraser University.

But 2018 could bring a thaw in frozen-in-place plans for major public transit infrastructure projects.

While both the City of Vancouver’s proposed Broadway subway line and the City of Surrey’s light-rail transit lines got tentative green lights from the federal government for a 40 per cent funding share, they are now waiting on various approvals from the provincial government.

The George Massey Tunnel replacement project is under an independent technical review, and the report won’t come through until this spring, according to TransLink’s website.

TransLink also promised a new Pattullo Bridge to replace the 80-year-old structure, but it’s not scheduled to open until 2023.

And while TransLink has launched its ambitious 10-year vision, only the first of three phases has been approved by the Mayors’ Council on Regional Transportation. The plan looks to accommodate a region that expects to welcome more than one million new residents over the next three decades.

The only substantial change commuters might have noticed this past year, other than increased bus service, a new bike lanes and more traffic congestion, is the lifting of the tolls on the Port Mann and Golden Ears bridges.

But, according to a Greater Vancouver Board of Trade 2017 survey, the No. 1 issue for the business community is transit and transportation.

Lon LaClaire, director of transportation for the City of Vancouver, said the main priority for the Broadway subway plan is to learn lessons from the construction of the Canada Line along Cambie Street. That was built using cut-and-cover construction that tore up one of the busiest streets in the city. That resulted in a class-action lawsuit by individuals and businesses who felt unduly disturbed by the process.

The Broadway subway line extension would start at the VCC-Clark station in Strathcona, and run west to Arbutus Street on West Broadway. Perl said the Broadway extension’s potential impact along the line comes down to one thing.

The City of Vancouver is on record backing bored-tunnel construction.

LaClaire said the city has been working with TransLink for about a decade on the project. It is still waiting for a specific funding announcement from the provincial government and then a final endorsement from the regional Mayors’ Council.