When council agreed to allow duplexes in most single-family neighbourhoods on a trial basis, city staff predicted the uptake would be modest. That’s proved correct.
Feb 21, 2020 2:01 PM By: Naoibh O’Connor 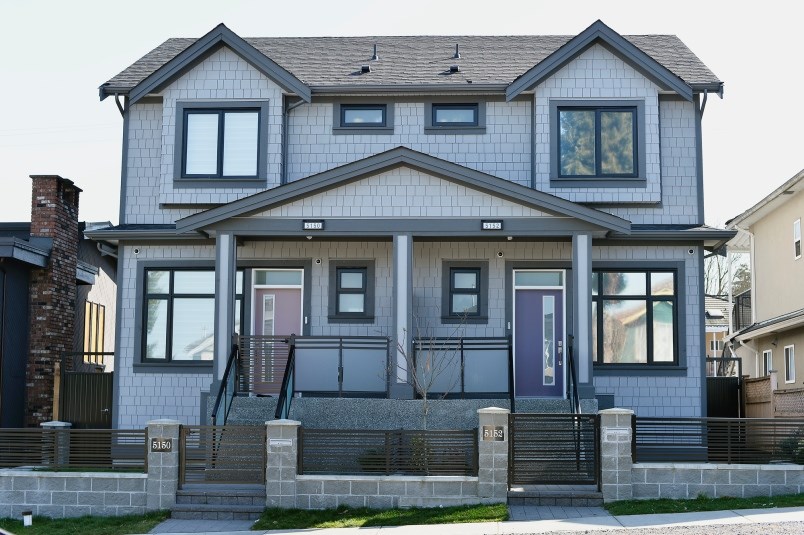 In 2019, the city received 86 duplex applications, which translates to about 23 per cent of all redevelopment applications in single-family (RS) zones. Photo Dan Toulgoet

When council agreed to allow duplexes in most single-family neighbourhoods on a trial basis, city staff predicted the uptake would be modest. That’s proved correct.

Over the 2019 trial period, the city received 86 duplex applications, which translates to about 23 per cent of all redevelopment applications in single-family (RS) zones.

The information is revealed in a staff report being presented to council next week.

“This modest level of uptake is in line with what was anticipated given that the duplex option was intentionally introduced in a modest way offering the same floor area that is possible for a house,” Neil Hrushowy, assistant director of community planning, writes in the report.

He also mentions public engagement over the past year revealed “strong public support for duplexes as a housing choice” in single-family neighbourhoods. A Talk Vancouver survey in 2019 found 88 per cent of the 3,400 respondents agreed or strongly agreed with allowing them.

Hrushowy’s report doesn’t call for any council action — some changes to regulations were made in the spring of 2019 — but suggests existing regulations remain in place.

Staff will, however, be bringing forward a report sometime this year about the possibility of allowing duplexes in RS-3 and RS-3A zones as well.

The road to getting to this point wasn’t smooth. Some housing advocates think council hasn’t been aggressive enough in allowing different types of housing in single-family zones, while others have argued forms such as duplexes aren’t creating housing that’s affordable to most Vancouverites and redevelopment has the potential to displace some affordable rental suites.

But, in September of 2018, the previous council approved duplexes in most single-family zones in a 7-4 vote.

It was meant to be a “quick-start action” in the city’s Making Room program to increase the supply of medium-sized, medium-density housing throughout the city in single-family neighbourhoods. Duplexes were already allowed in some areas of the city, including areas of Grandview-Woodland and Mount Pleasant but, in 2018, staff said they only accounted for about 1.6 per cent of the housing stock.

In December of 2018, the new council decided not to reverse their predecessors’ decision. Instead, they opted to allow duplexes on a trial basis with staff tracking data such as applications, approvals, pricing and impact on renters, and reporting back to council. All the information will also be discussed during the city-wide planning process.

Duplexes are an option for new construction only, and an increase in floor area over what's currently permitted is not permitted. Laneway houses aren’t allowed in conjunction with duplexes.

Duplexes on small lots aren't required to have secondary suites, while duplexes on larger lots that are more than 5,500 square feet must have at least one suite and they can include two suites — one for each half duplex.

Information about duplex sales prices isn’t available yet because few are completed, according to the staff report, although it notes duplexes typically sell for 66 per cent of the cost of a new single-family home.

“The introduction of duplexes in RS zones has not resulted in an increase in land values,” the report also reveals, while houses demolished to build duplexes are similar in age, size and value to those demolished and replaced with new one-family homes.”