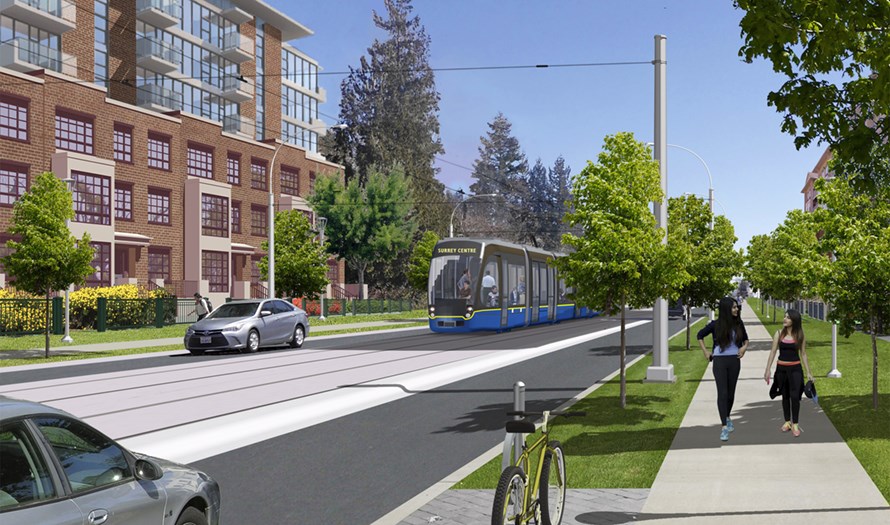 Anticipation of the light-rail transit line linking Newton with central Surrey has helped drive the cost of land zoned for higher-density multi-family in the transit corridor above $4 million per acre. | Surrey City Development

Surrey is the fastest-growing metro centre in B.C., and its young population – 22 per cent of B.C. births are now in Surrey – is gunning to claim the title of  the province’s biggest city within a generation.

The cost of an acre of residential land in Surrey hit $3.1 million this year, according to Colliers, up from $2 million in 2016.  In the Newton area, residential land sells for $4 million to $5 million per acre, estimates land specialist Joe Varing, director of sales for Varing Marketing Group.

Surrey’s rental vacancy rate is less than 1 per cent, similar to Vancouver.  Surrey rents are lower than in Greater Vancouver, but the average capitalization rates on apartment buildings are higher, at around 4 per cent, according to HQ.