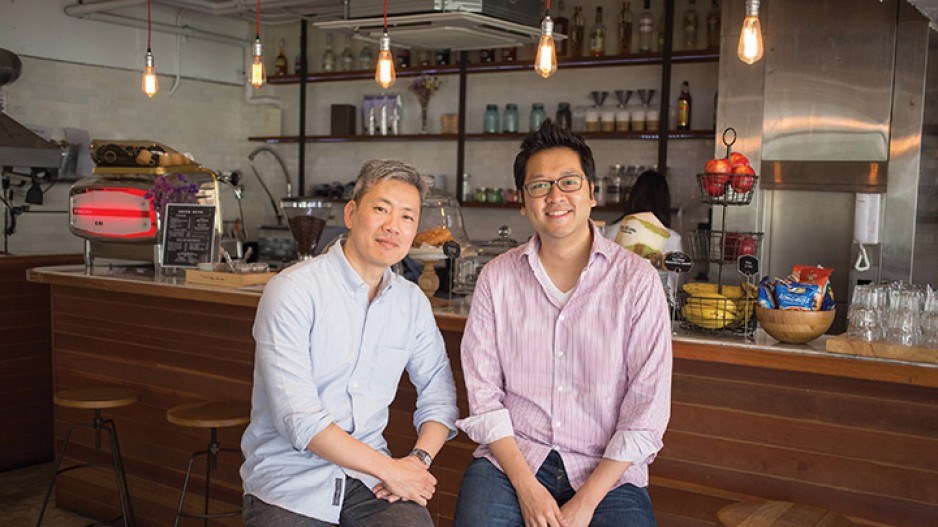 A Hong Kong-based startup that matches tenants in the “gig” economy with short-term office space is eyeing opportunities in Vancouver’s tight office market.

David Wong, who was born in Alberta and grew up in Vancouver, is the co-founder and CEO of Booqed. He participated in Colliers International’s December Techstars accelerator program in Toronto, which focuses on ways to merge technology and real estate. Booqed, founded two years ago, was among 10 international startups invited to the 13-week Colliers program, which gave young tech companies an opportunity to network with real estate leaders and venture capitalists.

“The same concerns we see in Vancouver and Toronto, with high office costs and tight vacancies, are endemic in Asia,” Wong said.

His company has succeeded in Asia by matching startups and others in the gig economy with underused or vacant office space for short-term rentals. Wong said many companies have excess space in their leased offices, and landlords, even in tight markets, often have vacant space while they seek tenants for standard five- or seven-year leases.

According to a 2018 BMO Wealth Management survey, 2.1 million Canadians now work in freelance, contract and other temporary work.

“The gig economy in Canada is growing at a phenomenal rate that shows no signs of slowing down,” the BMO study concluded.

Wong said his company’s sweet spot is shorter-term rentals, which can be a few months or as short as a few days.

For tech startups, he said, five years is a lifetime.

“Signing on for a long lease can be risky, even fatal, for a startup.”

Even in low-vacancy Vancouver, 30 per cent to 40 per cent of the leased office space is not being used to its full potential, he said.

Wong added that WeWork, Spaces and other co-sharing landlords also have consistent tenant turnovers that free up short-term space.

Booqed was a “first mover” with the concept in Hong Kong and has expanded to such tech hot spots as Singapore and Shenzhen. Its challenge is Canada’s small office market. Hong Kong has 120 million square feet of office space, five times more than Metro Vancouver.

“Where is the opportunity for us to get big?” Wong wondered.

Kirk Kuester, executive managing director of Colliers’ Vancouver office, said short-term office rents have a future even in Vancouver, which has the second-lowest office vacancy in Canada.

But Kuester suggested it would initially involve informal agreements with owners having excess space.

“There is no marketing in place for it today,” he said. “Office buildings are not hotels. There are challenges, such as not disrupting the character or security of a building, but these can be solved.”