Five of the units will be below-market housing, and new tenants will get pre-loaded transit cards
Oct 12, 2018 8:49 AM By: Mario Bartel 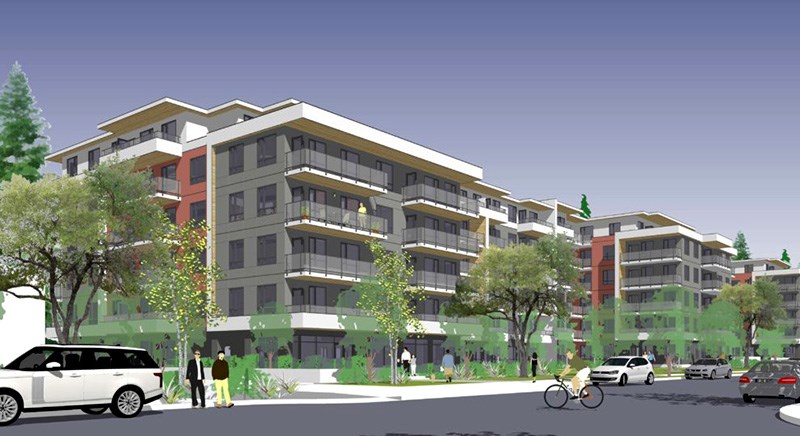 An artist's rendering of the new rental building PC Urban is planning to build on Dewdney Trunk Road in Port Moody.PC URBAN

At its meeting Tuesday, city council approved bylaw and zoning amendments to allow construction of a six-storey rental apartment building at 3370 Dewdney Trunk Rd. It will include 229 units, five of which will be made available at below-market rents.

The affordable units are meant as compensation for displacing the five occupied mobile homes that are currently at the site. The project’s developer, PC Urban, acquired the 17-pad mobile home park in August 2017.

The company said it will help those residents find new homes and pay their moving costs as well as a cash equivalent to 12 months rent. It estimates the cost of the relocation program to be about $20,000 per tenant.

To make up for providing fewer parking spots than required, the company will provide a $100 preloaded Compass transit card for each new tenancy in the first seven years after occupancy, or a $200 card if the occupants of a unit don’t require one of the building’s 205 parking spaces. Two Modo car share vehicles will also be available for the use of tenants, who will get a free membership to the service as well as a $100 ride credit per unit.

There will also be parking for 350 bicycles as well as a bike washing station located in the building’s parkade, and the developer will extend the multi-use pathway along Dewdney Trunk Road to St. Johns Street.

In December 2017, Port Moody council approved development of a 142-unit rental project on St. Johns Street, just west of Moray. Construction of that project, by Vancouver’s Woodbridge Properties, has yet to begin.