Heritage homes at risk of bulldozer in West Vancouver

The District of West Vancouver is making an attempt to save two more architecturally significant heritage homes from the bulldozer. But at least one West Coast Modern classic on their radar will soon be demolished for redevelopment.
Jan 25, 2018 10:21 AM By: Brent Richter 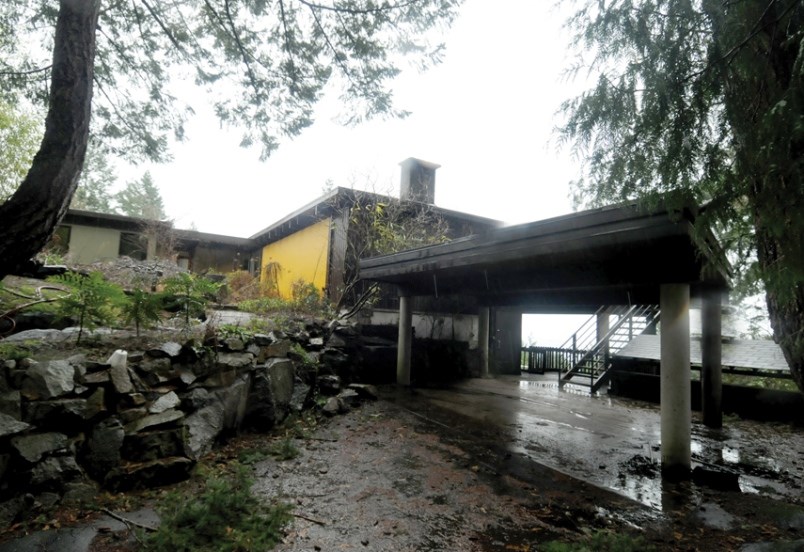 Built atop a granite cleft, the 1962 Croll residence could be saved from redevelopment if council strikes a deal with the owner.Mike Wakefield, North Shore News

The District of West Vancouver is making an attempt to save two more architecturally significant heritage homes from the bulldozer. But at least one West Coast Modern classic on their radar will soon be demolished for redevelopment.

Council voted unanimously Monday night to slap a 60-day stay on the demolition of the 1962 Croll Residence at 3984 Bayridge Ave. and the 1957 Ellis House at 2707 Rosebery Ave. in order to see if they can persuade the owners to instead give permanent protection to the homes.

Council has worked with property owners in the past to save a number of early West Vancouver homes or homes designed by important architects, by using heritage revitalization agreements. Those typically allow the owner to build extra density or subdivide a lot in exchange for restoration and legal protection of the home with heritage value.

The Croll Residence was designed by Hamish McIntyre for the Croll family, who wanted their home to wrap around a bare cleft of granite. The home’s concrete foundation was poured directly around the rock.

The Ellis House was built by locally based Lewis Construction Co., which was known for modest post-and-beam homes.

Both homes are listed on West Vancouver’s Survey of Significant Architecture.

No such arrangement could be achieved, though, for the 1963 Merler House at 4369 Erwin Dr. The owners approached the district shortly after buying the home in 2015 to see if a heritage revitalization agreement might be possible. The Merler house is noted for its low-pitched, gabled roof, broad eaves and prominent chimney, wide expanses of glass and outdoor decks.

As they worked with staff, though, they came to realize that the home sits below the minimum elevation required to avoid sea level rise, that the lot couldn’t accommodate the home being moved toward the front of the property and that it would not be feasible to elevate the home given that it was built around a concrete chimney.

Instead, the owners, one of whom is former council candidate Tara Haddad, will proceed with demolishing the house and have asked their architect to come up with a bungalow design that is in keeping with the spirit of the Merler house.

Similar attempts to persuade the owners of the 1919 McClelland House and 1929 Rockhaven House failed because the owners were not interested or too far along in plans for their new homes to change course.

Smith took the occasion to announce the creation of a new West Vancouver heritage advisory committee, comprised of three council members and three heritage lovers from the community who will advise council on how to preserve more of its heritage assets.

Councillor Nora Gambioli stressed the importance of preserving West Vancouver’s West Coast Modern classics, given the style of homes that tend to replace them.

“There was an architectural time in this town in the 1950s. I don’t know. A lot of what’s being built now sure doesn’t look like it’s going to be worth saving, which is really sad,” she said.