Home sales in B.C. to drop 21% this year: forecast

One-fifth of transactions wiped off the board; separate study finds nearly one-fifth of buyers pushed out of market by stress test
Aug 20, 2018 1:01 PM By: Joannah Connolly 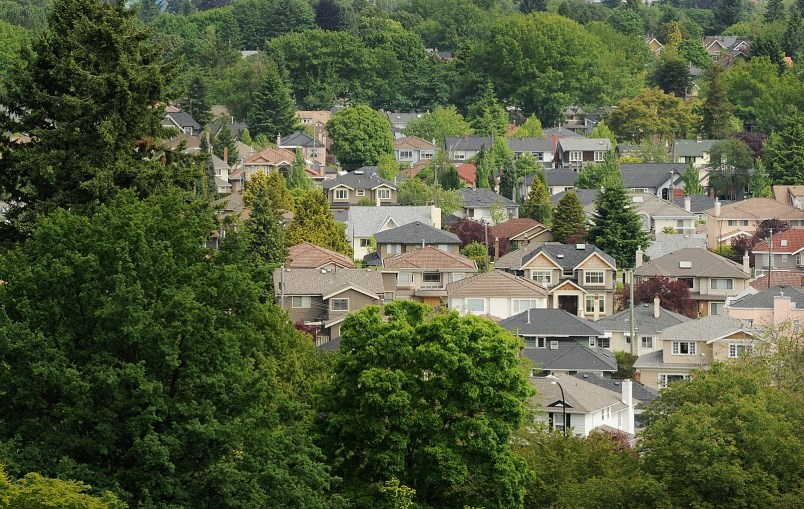 It may be no coincidence that one forecast issued August 20 is predicting a decline in B.C. home sales this year of around 20 per cent, while a separate study has found 18 per cent of would-be buyers are being locked out of the market by the new mortgage stress test.

MLS residential sales across the province are expected to be 21 per cent lower in 2018 than in 2017, dropping from more than 100,000 to around 82,000 transactions this year, according to a new forecast by the British Columbia Real Estate Association.

The BCREA lays the blame for this squarely at the feet of the mortgage qualification stress test that was introduced for all home buyers in January 2018. This requires that all mortgage applicants qualify for a mortgage at a higher rate than they will actually pay, to ensure their ability to continue payments in case of financial difficulties or future interest rate rises. However, it also has the effect of reducing the amount that home buyers are able to borrow, by up to 20 per cent.

The BCREA’s report said, “The impact of stringent mortgage qualification rules on conventional mortgage borrowers introduced this year has severely eroded affordability and the purchasing power of many potential home buyers. The resulting shock to housing demand is expected to temper home sales through the rest of the year.”

The BCREA’s forecast follows a Canada-wide report issued recently by the Mortgage Professionals of Canada (MPC), which said that the stricter mortgage rules are leaving 18 per cent of home buyers out of the market.

“The stress tests mean that many prospective buyers will have to borrow less than they planned to, and which they can afford,” said report author, Will Dunning, MPC’s chief economist. “They will need to either find more funds for down payments, or buy less expensive properties.”

The MPC’s stance is that a stress test is a good idea to ensure buyers don’t overstretch themselves, but the qualifying rate used is too onerous, especially for first-time home buyers.

MPC president and CEO Paul Taylor said, “We support a stress test, albeit at a reduced rate of 0.75 per cent [above the mortgage contract rate], as it is a useful tool to test a borrower’s ability to make future payments. However, the cumulative impact of rising rates, a two percentage or greater stress test, provincial government rules in Ontario and British Columbia, and further lending restrictions are negatively supressing housing activity not just in Toronto and Vancouver, but throughout the country.”

However, there is a clear upside to the suppressed sales activity, observed the BCREA. That’s a significant increase in home supply and, if not an actual reduction in home values, at least “less upward pressure on prices.”

The BCREA’s report concluded, “The pullback in BC home sales is helping alleviate a chronic shortage of supply. After trending at decade lows last year, active listings in the province were up nearly 20 per cent in July. Even the supply-strapped Vancouver market has experienced a 30 per cent increase in active listings over the past year… This means more selection for home buyers, fewer multiple-offer situations and less upward pressure on home prices.”