How much should a parking spot cost the property user?

Operating expenses and user demand factor into the price, especially at downtown commercial properties, but on top of this are the taxes
Jun 19, 2019 4:17 PM By: Peter Mitham 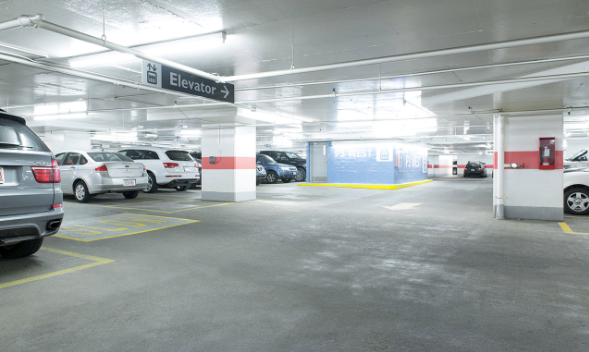 Digging through the family recipe box is illuminating. There might be the recipe the local schoolmarm gave your grandmother for date pudding or one clipped from Homemaker’s Digest in the 1970s. In my case, the back of the latter profiled a Vancouver artisan who had set up a studio in his garage. After all, remarked the writer, “Who in Vancouver really needs a garage, anyway?”

Transit projects and developments oriented to transit continue to validate that rhetorical question, but they’ve also begged the question of how much parking should cost the end user.

City bylaws require developers to build enough off-street parking to meet projected demand. With each stall costing upwards of $60,000 to build, there’s some incentive to make sure it earns its keep. A combination of operating expenses and user demand factors into the price, especially at downtown commercial properties, where monthly parking costs can run into the thousands of dollars. But on top of this are the taxes.

Taxes on parking services in Metro Vancouver have gone into TransLink’s coffers since 1999 to fund transit improvements, such as the extension of SkyTrain to Arbutus Street. Originally the standard sales tax rate of seven per cent, the rate tripled to 21 per cent in 2010. On July 1, the rate again increases to 24 per cent. Add in the federal sales tax and the effective rate will exceed 30 per cent.

Metro Vancouver didn’t rate a mention in CBRE Ltd.’s most recent parking report, issued last fall, but Toronto ranked among the most expensive North American cities for reserved downtown parking. Spots cost up to US$756 a month. The report noted that most office workers in North America still commute by car, meaning parking will remain in high demand and continue to be a high-priced item.

What a vehicle is may change, however. Panel discussions of infrastructure requirements at Urban Land Institute events and elsewhere have noted that vehicles may not go away, but they may not use fossil fuels, either. They’re increasingly electric, and within 10 years, according to CBRE, they could be autonomous.

Developers should prepare now for such possibilities, CBRE says, future-proofing their new projects in the fast-changing landscape. This week’s official groundbreaking for the Stack, a 540,000-square-foot office tower Oxford Properties Group is building at 1133 Melville Street, is a case in point.

The project is aiming for net-zero carbon emissions status as part of a pilot program run by the Canada Green Building Council. One of its features, according to materials circulated to media last week, “is a dedicated drop-off zone with porte cochère to facilitate passenger delivery via potential ride-sharing providers and, in the future, autonomous vehicles.”