Funds will be used to fast-track nine developments across the city
Aug 7, 2019 3:58 PM By: Vicente Biancardi Da Camara 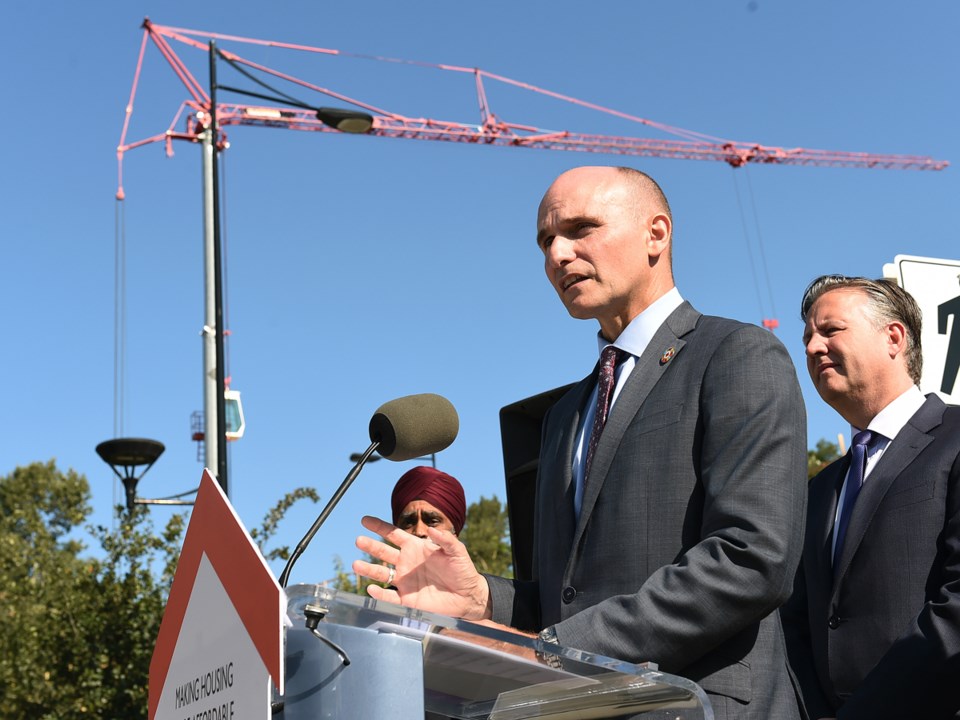 The federal government announced Wednesday morning a $184-million investment to fast-track the construction of affordable housing on city-owned sites in Vancouver.

Nine projects encompassing up to 1,100 units across Vancouver will be funded with that money. “Today’s announcement is just one more step in the important work we are doing to address the housing crisis in Vancouver and in the Lower Mainland,” said Jean-Yves Duclos, the federal minister of families, children and social development.

Duclos spoke in front of the first project to receive funding, Pierview Homes, and said the first units in the building are set to open in 2020. The 140-unit, co-op housing development in the River District is being delivered by the Community Land Trust on city-owned land — valued at $17 million — and is receiving $53 million from the federal government.

Other projects in the initiative include:

The majority of the federal funding for the new initiative will come in the form of low-interest loans and direct contributions through the National Housing Co-Investment Fund and the Rental Construction Finance Initiative ($126.5 million and $53.5 million respectively).

The rest will be funded as direct contributions through the Affordable Housing Innovation Fund. The city is also contributing to the project by providing $96 million in nominal leases on city-owned land, grants and by waiving some development cost fees.

A significant aim of the NHS is to combat homelessness, which it aims to reduce by 50 per cent by 2021. Duclos was in Victoria Aug. 6 to announce a Memorandum of Intent for B.C., which promises a $75-million investment to support the construction of new transitional and supportive homes for vulnerable people in B.C. at the risk of finding themselves on the streets.

“In 2019 in Canada, in Vancouver, it is completely unacceptable that the only option for hundreds of people in this area is to live on the streets,” Duclos said. “Now that Reaching Home program is fighting directly homelessness through a doubling of homelessness investment from the federal government between 2015 and 2021.”

The five-year investment in B.C. aims to build 1,000 new units specifically for homeless people and 500 homes for women and children escaping domestic violence.

Duclos said the federal government is also preparing to announce details around the First-Time Home Buyer Incentive in September. It’s expected to be an interest-free, payment-free loan, from a fund run by CMHC, matching the buyer’s down payment on their new home.

Stewart re-iterated that his first priority as mayor was to address the housing situation, and characterized the new investment in affordable housing as “unprecedented.”

“People are struggling to stay in our city,” he said. “The combined funding in today's announcement represents an incredible quarter billion-dollar investment in building a Vancouver that works for everyone.”