"The light is suddenly on" – LNG Canada approval creates flurry of residential price hikes as property owners look to cash in, while others refuse to sell in hopes of even higher values
Oct 11, 2018 12:13 PM By: Frank O'brien 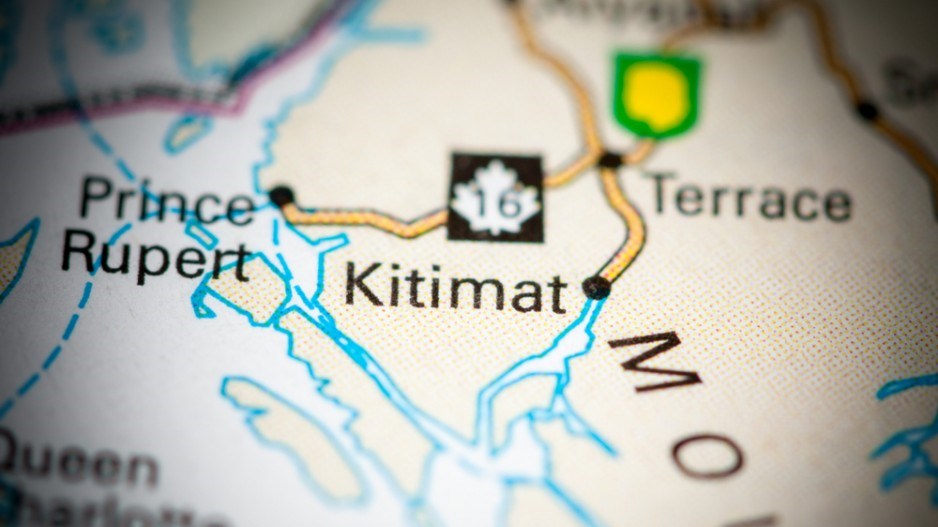 Real estate investors hoping to make a quick buck in Kitimat, following the approval of the LNG Canada project, are running into veteran property owners who are jacking up prices as the largest private investment in Canadian history avalanches onto the town.

“It has been crazy in the last few days. I have been working 16-hour days,” said Shannon Dos Santos of Re/Max Kitimat Realty. Dos Santos is one of only seven real estate agents in the northwest B.C. town of 8,000 that will anchor the $40 billion liquefied natural gas (LNG) pipeline and export terminal greenlighted October 1 by the LNG Canada consortium headed by Royal Dutch Shell.

After three years of dormant sales and prices, vendors are greedy to cash in.

“Sellers are not being reasonable,” Dos Santos said.

“My daughter told me last night that she wanted to move back to Kitimat,” Dos Santos said. “I told her, ‘You should have told me a year ago.’ She is priced out of this market now.”

The average house price in Kitimat in the first half of this year was $256,500, up from $214,800 a year earlier, according to the BC Northern Real Estate Board, but asking prices have increased since the LNG Canada announcement, agents said.

Kitimat has only 734 purpose-built rental units and the vacancy rate is 42 per cent – the highest in B.C. – according to the latest Canada Mortgage and Housing Corp. data from one year ago. In the past three years – since the completion of the Rio Tinto Group expansion project – average rents in Kitimat have plunged to $928 per month from $1,730. But this week some Kitimat landlords were listing rents for two-bedroom townhouses starting at $1,500 per month.

Landlords have left scores of apartments vacant for years in hope of a recovery in rental prices, Dos Santos said.

“If you rent it now you are only able to raise the rent by 2 per cent per year,” she said, referring to a September 26 provincial government decision that capped the increase at that level for 2019.

“The current situation is that properties with higher vacancies are worth more per unit than properties that retained low vacancies during the quieter times,” said Long, who specializes in Kitimat rental apartment buildings.

Kitimat apartment buildings are now listed at $100,000 to $130,000 “per door,” but Long said some may be taken off the market in anticipation of higher prices and rents.

“Those apartment building owners who considered selling prior to the [LNG Canada] announcement are now less motivated,” he said.

Virtually no housing has been built in Kitimat since 2014, but that is about to change quickly.

“The lights were off for three years and suddenly they are switched on,” said Jason Pender, president of JV Development Group of Vancouver. “Now there is a rat race to get buildings started.”

JV, in partnership with Kerkhoff Construction, is scrambling to restart the largest residential project in Kitimat, which had been shelved back in 2015.

The 27-acre project will include 47 townhomes in the first phase, which Pender hopes to start pre-selling within weeks. He estimates prices will start in the $325,000 range, but this has yet to be confirmed.

“I expect we will sell them all out in a matter of days.”

Pender added that nearly all will be sold to out-of-town rental investors. The townhomes won’t hit the market for at least two years.

JV and Kerkhoff are also hoping to sell 30 home building lots and complete a 72-pad manufactured housing park as LNG Canada ramps up hiring of an estimated 6,000 construction workers.

Dos Santos noted that there are at least three work camps being built near Kitimat that will house most of the LNG Canada construction crews, but both Pender and Long expect management types will be seeking private, long-term rentals in town.

Dos Santos also had a caution for investors.

“Call an agent before you come to Kitimat looking for property,” she said. “Everything is selling so fast.”