Metro Vancouver home values to drop this year, but recover in 2021: poll

Overall real estate market downturn will be relatively short-lived, according to Reuters poll of market analysts, while other experts predict no improvement in affordability
Feb 22, 2019 12:16 PM By: Joannah Connolly 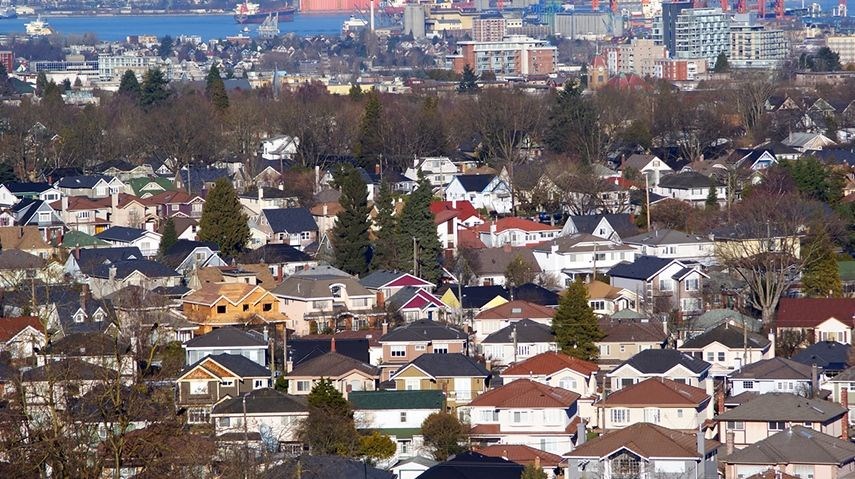 The housing market downturn in Metro Vancouver will persist this year, and stay flat in 2010, but will recover in 2021 – that’s the consensus from a Reuters poll of 20 market analysts nationwide.

Across Canada as a whole, the chances of a nationwide price correction are being pegged at around 20 per cent, the survey found.

Reuters said of the national outlook, “House prices are forecast to rise just 1.1 per cent this year on an average basis, followed by 1.9 per cent in 2020 and then 3 per cent in 2021.” However, this forecast was “based on a smaller sample of contributors willing to look that far into the future.”

The news agency said that one reason for the relatively subdued national market activity, compared with recent years, was a slowing in demand and a shift towards rental over homeownership.

The survey report quoted Sebastien Lavoie, chief economist at Laurentian Bank Securities, as saying, “The stars are aligned for further strengthening in activity in the rental market: demand coming from atypical jobs and immigration, higher rates restraining some households to buy a home, the preference of millennials to delay the purchase of a home later in their life cycle.”

In B.C., however, the provincial government is taking credit for the downturn in local home prices, following its wide-ranging housing taxation policies tabled in the 2018 B.C. Budget. These include the B.C. Speculation and Vacancy Tax and the so-called School Tax on homes valued above $3 million.

However, the 2019 Budget, presented February 19, showed the government is also expecting the market downturn to be of short duration. The budget documents forecast home sales this year across the province would rise three per cent, with revenues from residential taxes expected to increase over the next few years.

Speaking February 22 at an Urban Development Institute panel event on the B.C. Budget, SFU Beedie School of Business professor Andrey Pavlov said that using taxes on housing to bring down real estate values does not necessarily help with affordability.

The professor of real estate finance argued that affordability isn’t improved by reducing home prices, if a lower mortgage total is offset by higher interest rates (resulting in higher monthly payments), caused by lender caution in a declining market, as well as lower incomes, caused by declining economy. Pavlov asserted that reducing prices by increasing supply, on the other hand, does help with affordability, because development occurs in a growing economy, which helps improve incomes and tends to be in a lower-interest-rate environment.

Pavlov’s co-panellist, Ken Peacock, chief economist of Business Council of B.C., referred to the real estate industry as “the oil of the B.C. economy.” He observed that the downturn in the real estate market was having wider-reaching effects on the provincial economy, including a reduction in retail sales in sectors such as home improvement and furniture.

Peacock added that he found it “a bit alarming” for a provincial government to be celebrating falling real estate values and taking credit for this outcome.

Predicted interest rate hikes may be a while in arriving. Bank of Canada governor Stephen Poloz said February 21 that although interest rates needed to move up into a neutral range at some point, the way forward was “highly uncertain.” Pundits are now widely predicting there will be no further interest rate increases until at least the end of the year.