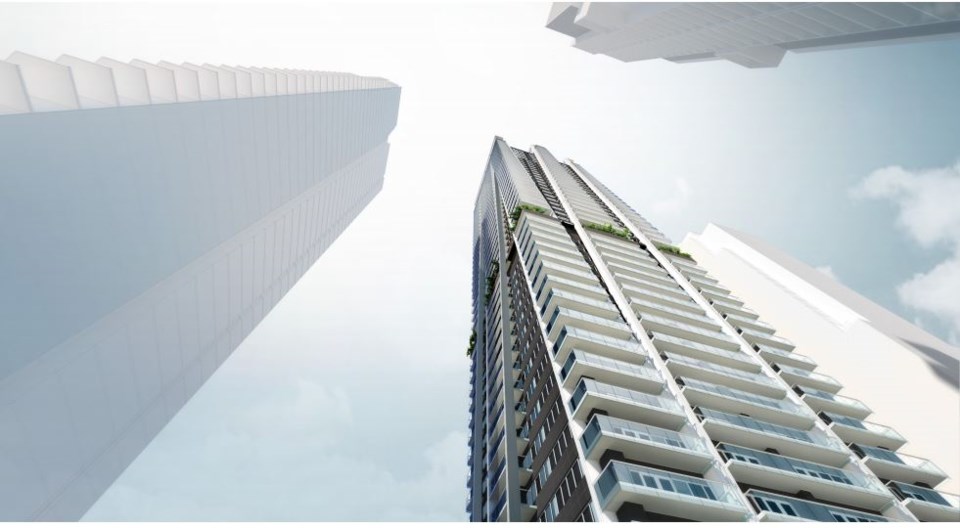 The public will be able to inspect Wesgroup’s plans for a 49-storey tower proposed for 1450 West Georgia at an open house set for April 30.

The site is located on West Georgia at the corner of Nicola Street.

Like another tower proposed for a few blocks away at Bidwell Street, whose architecture was inspired by mountains, the design for 1450 West Georgia was also influenced by nature — in this case Douglas fir trees.

Yamamoto Architecture, which is involved in the project, states in the design rationale in the rezoning application that fir trees provide an “ideal model of sustainability,” and inspire and “shape a new way of thinking about a residential tower.”

Each part of the tree — needles, branches, roots and trunk — contribute to its life and health, and work together “to create a singular organism that is responsive to its environment.”

“If our city is thought of as a growing urban forest, it might be useful to look to the local trees to guide a new way of thinking about a tower within this forest,” the document states. “Just as trees grow upward to access light, each new tower rises to capture space and views, contributing to the ever-changing skyline and the view of the city itself.”

If approved, the new building would replace the Georgian Towers, a 22-storey rental building, which the rezoning application notes is at the end of its life cycle and would not withstand a moderate earthquake.