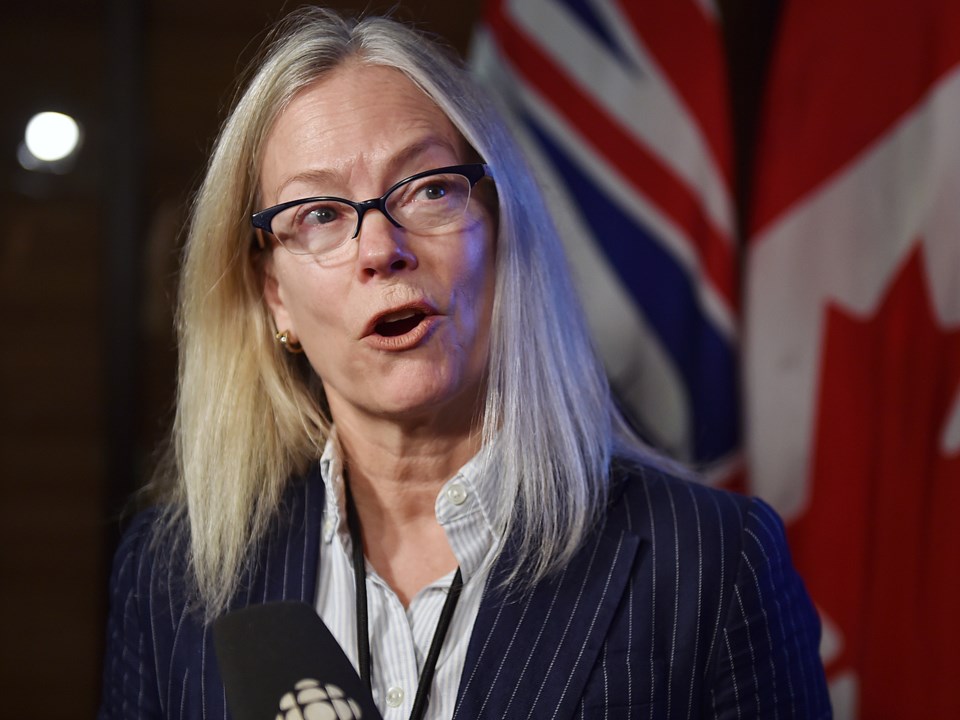 NPA Coun. Colleen Hardwick failed to get her motion passed Thursday to rescind a vote on duplexes by the previous Vision Vancouver-led council. Photo Dan Toulgoet

A newly elected NPA councillor blasted her fellow councillors Thursday for failing to adopt her motion to rescind a bylaw approved by the previous Vision Vancouver administration that allows duplexes to be built across most of the city.

Colleen Hardwick was attempting to get council’s support to send the bylaw passed Sept. 19 to another public hearing with the aim of rescinding it. Hardwick pointed out her NPA colleague Melissa De Genova and Green Party Coun. Adriane Carr rejected Vision’s duplex plan for single-family neighbourhoods in the previous sitting of council.

“I’m just amazed that we should be finding ourselves in this position,” she told council, which includes four other councillors from her party. “Stall, delay, repeat—this is just a very disappointing discussion, I must say.”

The intent of Hardwick’s motion, however, is still in play.

Councillors argued waiting for that information, which was requested by OneCity Coun. Christine Boyle, doesn’t delay a decision on whether to have another public hearing on duplexes in the new year.

“The other option would, of course, be to just proceed with the vote, but in that case I feel that some councillors may not be able to vote in the affirmative knowing that they don’t have the information they need to make that vote,” said Carr, who criticized Vision for lack of public consultation and argued new duplexes would be expensive for buyers and renters.

City staff is expected to report back to council Dec. 18, at which time council could move a motion to refer the duplex bylaw to a public hearing, possibly in February.

Hardwick was clear in the debate that she didn’t want more consultation leading up to a new hearing, but to reserve that for a broader city-wide planning process, which would gauge residents’ opinions on duplex zoning and other forms of housing.

“We’re not looking at doing a full-blown consultation process,” she said. “That would be reserved for the city-wide planning process. What I’m getting at here is we need to have a public hearing expeditiously to rescind this blanket rezoning.”

The NPA councillors, along with Carr and her two fellow Green councillors, made it known in the recent election campaign that they were disappointed at the lack of public consultation before the Vision-led council adopted the duplex bylaw.

They emphasized they were not against duplexes as a form of housing, but questioned the Vision-led council’s motives in adopting a controversial bylaw in the month before an election, particularly when only one Vision councillor was seeking re-election.

Despite her amendment to Hardwick’s motion, Boyle and COPE Coun. Jean Swanson told council they would prefer council not bother with rescinding the duplex bylaw, arguing the housing form is not a solution to the city’s affordability crisis.

“I also don’t think they’re the cause of the affordability crisis,” said Boyle, who lives in a duplex. “Repealing this duplex decision is an unwise governance move. I think it creates uncertainty and, mostly, I think it moves us in the opposite direction that we need to go.”

Council referred Hardwick’s motion to staff after city manager Sadhu Johnston and planning director Gil Kelley warned that holding another public hearing could be costly and take staff away from other work, including efforts on affordable housing. To Hardwick's point about not doing a full-blown consultation, Kelley said such a move could be risky.

"As long as council's aware, there could be an accompanying risk that once again we are viewed collectively--council and staff--as not doing appropriate consultation," he said. "So there is that risk that you run there, and it's not our usual practice."

Kelley also pointed out that a new hearing could confuse residents and those interested in building duplexes, as the city begins to embark on a city-wide planning process.He noted the city has received three applications for duplexes since the bylaw was enacted last month. They will be reviewed under the current bylaw, he added.

Housing advocates Stuart Smith and Scott de Lange Boom, both of whom are renters, urged council not to rescind the vote of the previous council, arguing duplexes provide more housing in a city short on supply.

“Strata duplexes alone, of course, will not resolve the scarcity of housing,” said Smith, a board member of Abundant Housing Vancouver, a non-profit group that believes more housing forms should be allowed in single-family neighbourhoods.

“However, allowing them is a small and easy step that staff believes that could be accomplished with minimal side effects and would result in a few hundred more families per year able to share in some of our great neighbourhoods, and reduce competition in other neighbourhoods.”

de Lange Boom, a civil engineer, said he earns “a professional salary” but is finding it difficult to remain Vancouver. He said the public should not be fooled that Hardwick’s motion to overturn to the previous council’s vote is one based on “a crisis of consultation.”

He pointed out—as Vision Vancouver councillors did in September—the city consulted residents over the last two years on its 10-year housing strategy, which included the call for duplexes and other forms of housing, including townhouses and row houses.

“As someone who faces the challenges with this housing market, we don’t need another round of consultations,” he said. “Every delay is just going make the situation worse.”

Added de Lange Boom: “We shouldn’t roll back what progress has been made up until this point. The choice you make [Thursday] will set the tone for the next four years. Will this be a council that puts affordable housing and available housing as its top priority? Or will it be a council that lets a few loud, unrepresented voices close the door on affordable and available housing for thousands of Vancouverites struggling in this crisis?”

Mirza Raza, a renter who ran as a ProVancouver council candidate in the recent civic election, said he supported Hardwick’s motion and agreed there wasn’t enough consultation going into the vote on duplexes.

“More than anything, this motion has to be considered in terms of being a symbol that the current council stands with the people and their right to choose how to design their city,” said Raza, noting a new city-wide plan could ultimately see Vancouver become more dense as it embraces more housing choices.

The 7-4 vote in September saw then-mayor Gregor Robertson, his five Vision councillors and Coun. Hector Bremner support the move to allow duplexes. Vision Vancouver failed to elect a candidate to council in the Oct. 20 election and Bremner lost his bid to become mayor.
mhowell@vancourier.com