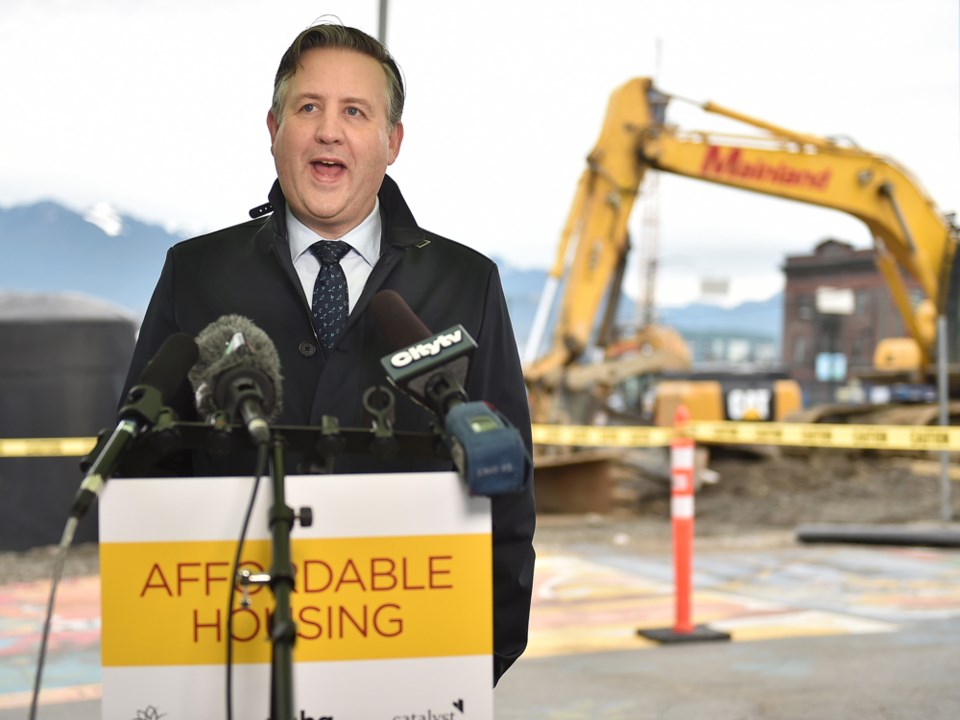 Despite pre-election promises to stand up for renters and grand statements about how he would use city resources to build affordable rental housing, Mayor Kennedy Stewart has done an about face, cozying up to developers and falling in line with the landlord lobby.

Any renter curious about who the Mayor is really standing up for, need look no further than the June 12 City Council meeting, when the Mayor took the Council off guard and killed a motion that would have slowed demovictions in our city.

But first, some background: The City of Vancouver has a policy to preserve rental housing, called the Rental Housing Stock Official Development Plan (RHS ODP). It requires that rental units be preserved, or if demolished, be replaced one-for-one. So if a building with 10 rental units is targeted for redevelopment, the new development has to include at least 10 rental units.

The problem is 22 per cent of Vancouver’s rental stock, more than 15,000 units are not protected by the policy. A majority of these are rental units in commercially zoned areas, typically along major arterial routes. This leaves such rental buildings vulnerable to being replaced by condos, which are more profitable to developers than rentals, and tenants displaced without a place to return to.

According to a City staff report, seven per cent of Vancouver’s rental stock, or around 5,000 units are currently in C-2 zones. The same report notes that in the last ten years, 589 units of (likely very affordable) units were demolished in unprotected zones, and tenants displaced — a figure that rivals Burnaby’s Metrotown area, where 800 rental units have been destroyed over the same period.

This is why Councillor Jean Swanson tabled a motion to hold a public hearing on extending the policy to rental stock along arterials and all rental units in C-2 commercial zones. On Wednesday, June 12, 2019, City Council heard from the public on Swanson’s motion. More than a dozen people spoke in support, mostly tenants at risk of displacement — some of whom facing serious barriers to speaking at City Council and publicly advocating for themselves — and four groups spoke in opposition: Landlord BC, the UDI (the real estate lobby), the Wesgroup and the Conwest development companies.

While the tenants and tenant advocates spoke, Mayor Stewart would disappear into the room in the back for long periods. He did not direct a single question at any of us. His only questions were for the developers and landlords, mostly to reaffirm their positions and reassure his commitment to consulting them as partners.

One such speaker was Beau Jarvis, executive Vice President of Wesgroup development, also the newly appointed Chair of the Board of the Urban Development Institute, the real estate lobby group. Jarvis spoke against the motion and wanted to see the City doing more consultation and collaboration with developers on such matters.

Stewart’s remark to Jarvis was to say that he likes his theme of “let’s do this together” because “it’s really our only choice.”

Lamenting the measly Federal and Provincial investments in housing, Mayor Stewart finished his comments to Jarvis with, “If you walk out of here mad, that’s a problem, because the only way that we are going to get anywhere is by working together… because we are probably the most privatized housing market in North America for sure. And the conversations that we need to have are the ones you are having today with us. I accept your invitation and would be happy to meet and talk with you about this type of zoning and around other types of zoning because it’s the only way forward.”

Once speaking was finally over, around 9:15pm and 45 minutes to the end of Council session, Councillor Carr, chair of the meeting, requested of council to refer the motion to the next council meeting, in case debate is not over by 9:45pm, so it can be fully debated.

At this point, Councillor De Genova claimed that she could not vote on the motion because of legal concerns regarding the language around calling for a public hearing and the need for councillors to be unprejudiced during public hearings. She moved to refer the motion to staff to get more information, without giving the council an option to consider approving it. The City Manager echoed De Genova’s legal concerns, but stated there were differing opinions about the motion among legal staff. Still, Legal had ultimately approved it, otherwise the motion would not have been allowed in the first place.

Despite this alarm raised, Councillors Carr, Hardwick and Swanson rose to make strong statements against referral, citing the urgency of the matter and the need to take a stance. This caused the referral motion to fail 6-5, with only the Mayor and NPA councillors (minus Councillor Hardwick), voting against. This was met with applause from the audience in the gallery.

Just after this vote, Chair Carr asked for a referral of debate on the motion to the next meeting, citing that there was business that needed to be dealt with before the end of the meeting. However, Mayor Stewart had other plans.

He abruptly jumped on the speaking list to end the debate on the motion: “I think we’ve talked about it a lot. I think we need to make a decision…right now. I call the question.”. “Calling the question” means a request to vote on a motion without further discussion or debate. The call took the council and public off guard, with only De Genova expressing audible approval of the Mayor’s move.

Following the advice of the City Clerk and Manager, the Chair proceeded with a vote on the motion, which resulted in a failure of 6 to 5, with Mayor Stewart, Councillor Wiebe and the rest of the NPA caucus, except for Hardwick, voting in opposition.

Within mere minutes, the motion was dead on the table.

As it became evident later, and publicly clarified by Chair Carr at the June 19 meeting, the procedure that allowed the motion to be killed was flawed. There needed to have been a vote on the motion to “call the question” with two-thirds of the Council in agreement in order to successfully end the debate. But at the advice of staff that requirement had been ignored, and implicit unanimous consent was assumed.

This means the vote can now be reconsidered, but there’s a catch: reconsideration can only be requested by those who voted in opposition.

Are you thinking Stewart should prove his loyalty to his base and ask for a reconsideration of the vote?

So are we – though we won’t hold our breath.

On June 13, the day after he killed the motion, Stewart was the guest of honour at the Urban Development Institute’s Annual General Meeting, where he said to a room full of development industry professionals: “I don’t think we need any more demand-side housing measures. I’m worried about stacking them up”, referring to the City’s newly adopted renter protection measures, mostly in the form of increased compensation to displaced tenants.

He also said, “I’m not a big fan of policy by motion. [I] would rather have more expert staff advice with good analysis of pros and cons and impacts on hundreds of millions of dollars’ worth of property,” clarifying his interest, first and foremost, being with protecting property values than the human rights of renters, as his campaign slogan had us believe.

Despite this all, no one should be letting the Mayor off the hook. Vancouver City Council has just rid itself of a toxic Vision Vancouver majority and 8 years of City planning in the interests of developers.The working class of this city is already on the brink of a collapse. We cannot afford three more years of a Mayor cozying up to developers at the expense of renters and low to middle income salaried people of Vancouver.

As demonstrated last Wednesday, the question of protecting renters at Vancouver City Council comes down to one vote these days: that of the Mayor. It’s on everyone who voted for him to call up his office now, asking for accountability on standing up for renters and a reconsideration of the defeated motion.

Sara Sagaii is a housing activist, a resident of Hastings Sunrise and a Vancouverite for the last ten years. She is a volunteer tenant organizer with Vancouver Tenants Union and was involved in organizing COPE’s 2018 municipal election campaign and Jean Swanson’s 2017 independent campaign for City Council.

Rebecca Lockhart is a 17-year Vancouverite and renter advocate living in East Kits. She is a volunteer tenant organizer with the Vancouver Tenants Union.