Opinion: What will Amazon’s 3,000 new jobs do to our housing crisis?

Yesterday’s revelation that Amazon will be bringing 3,000 new jobs to Vancouver and setting up home in the redeveloped Canada Post building was heralded by Prime Minister Justin Trudeau as great news for the city, and a boon to the economy and tech i
May 1, 2018 1:04 PM By: Joannah Connolly 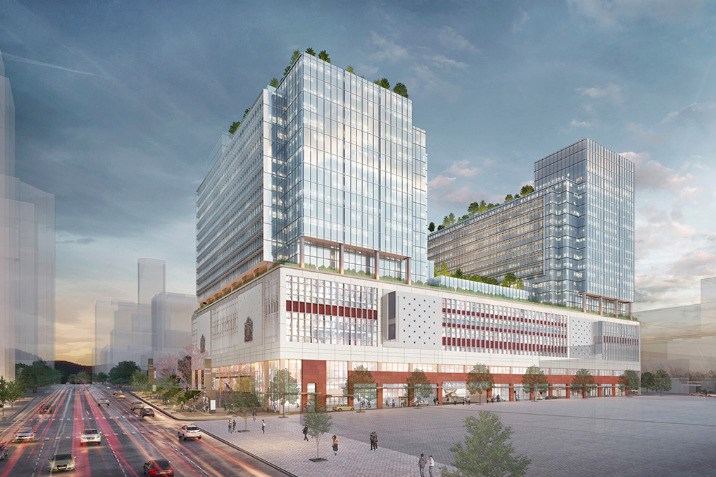 Yesterday’s revelation that Amazon will be bringing 3,000 new jobs to Vancouver and setting up home in the redeveloped Canada Post building was heralded by Prime Minister Justin Trudeau as great news for the city, and a boon to the economy and tech industry.

Indeed, it is good news – from that point of view. Not only does it offer local people more high-paying tech job opportunities, but it will also likely fuel further investment in the city from other tech companies. Amazon might not have made this move without Microsoft’s considerable presence in two large downtown office spaces, and the next tech company to boost or add their presence here will likely be influenced by Amazon’s decision.

But what will all these new employees – both the 3,000 working for Amazon and the likely extra knock-on effect that cannot be measured – do to our already overstretched housing market?

Called the “Amazon effect” in Seattle, where Amazon’s HQ is based, this kind of investment can massively inflate housing prices. According to a Bloomberg story published May 1, Aaron Terrazas, senior economist at real estate portal Zillow Group, said, “It’s no joke for any metro when Amazon comes in, especially in a mid-market city.” The article continues, “Rent increases in [Seattle] neighbourhoods that experienced the biggest influx of [Amazon] workers have risen 65 per cent faster over the past five years than areas with the smallest influx, according to Zillow.”

Rents in downtown Vancouver are already astronomical, but cities such as Seattle and San Francisco (which has an even greater proportion of tech workers) show us that there is still plenty of room for prices to grow – especially with an influx of thousands of well-paid employees. Add to that the likelihood of Amazon itself footing the bill for numerous pricey downtown rents to accommodate relocating employees, and you end up with even higher prices and tighter vacancies.

On the purchase side, home prices will also likely be pushed up by the Amazon effect. Not only because of some locals getting higher paid jobs, enabling them to buy a home (or a pricier home than otherwise), but also because many relocated Amazon employees from the U.S. and elsewhere will likely want to buy a home in beautiful Vancouver. And they are now encouraged to do so, under relaxed rules that exempt those with working visas from the foreign buyer tax.

Outside of Vancouver proper, the impact may be less pronounced, but it will surely have at least a partial ripple effect. It seems likely many Vancouver residents who don’t benefit from these jobs will get pushed further out of the city in search of affordable housing, whether to buy or to rent. Plus some of those new Amazon employees will choose to commute to downtown rather than vie for those scarce Vancouver homes. Both of which factors create additional competition for homes in Metro-wide neighbourhoods, especially those easily accessible to downtown Vancouver.

Amazon’s growth could also have a significant impact on the city’s commercial real estate, in terms of office space supply and lease rates. Amazon’s new offices in the Canada Post building will take up 416,000 square feet of newly built space. If other companies are lured by this new tech hub, lease rates will soar unless supply is increased. Bear in mind that Vancouver already has very low office vacancy rates and the highest per-square-foot lease rates in Canada.

Zillow’s Terrazas added in the Bloomberg story, “It's the Amazon effect. Amazon attracts other companies that also want that talent so they build, have offices next door or adjacent to it – supply becomes a challenge.”

No doubt the debate over possible solutions will remain as divided as ever, with some arguing for increased supply to accommodate the influx of new workers – or the influx of “foreign” money that will come with these jobs – and some arguing for greater taxation of non-locals. In the meantime, it looks like the Amazon effect will add fuel to our already scorching housing prices.