A mixed-use, 11-storey tower is proposed for the current site of a Shell gas station at West Broadway and Arbutus in Kitsilano.
Apr 18, 2018 2:25 PM By: Joannah Connolly 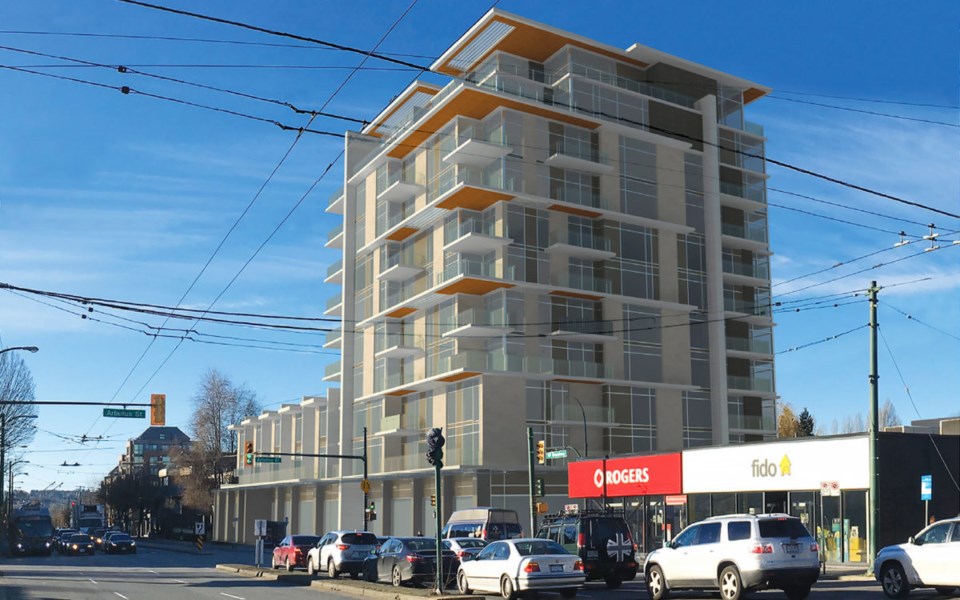 The Cassis building, proposed by Bastion and designed by Francl Architecture, would see the end of another Vancouver gas station

A mixed-use, 11-storey tower is proposed for the current site of a Shell gas station at West Broadway and Arbutus in Kitsilano. If it goes ahead, it would see the closure of yet another gas station in a city where places to fill up are increasingly few and far between.

Bastion Developments has not yet submitted a rezoning or development application to the City of Vancouver, but a post on its website offers some details and a rendering of the proposed 88,391-square-foot concrete building, called “Cassis.”

The post reads: “Cassis is one of the few potential development sites ideally located in the heart of Kitsilano surrounded by superb shopping, dining, cultural destinations, popular beaches, the new Arbutus Greenway and more.”

The post cites the architect of the building as Francl Architecture, which lists among its high-end residential projects the under-construction Arc building in downtown Vancouver near Cambie Bridge, and the nearby Aquilini Centre South tower next to Rogers Arena.