Q&A: Why small housing is a key solution to affordability challenges

Summit on November 17 to discuss ways to increase small, ground-oriented housing
Nov 14, 2018 9:25 AM By: Joannah Connolly 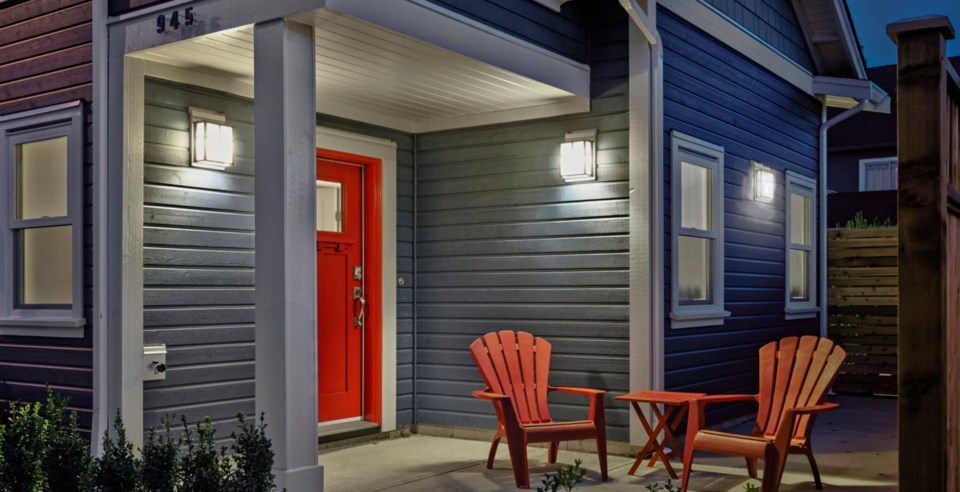 With affordable housing the key issue in our urban centres, and huge swathes of land being taken up with single-family homes, industry and political leaders are seeking innovative solutions. On Saturday, November 17, construction professionals, politicians and members of the public are coming together for the Small Housing Summit to discuss how reducing the size of new homes can help address these challenges.

We spoke to Jake Fry, chair of Small Housing BC and president of small-home construction company Smallworks, to find out what the summit aims to achieve and how the small housing movement is going.

Q: Why are you holding the Small Housing Summit now?

A: Even back in 2010, there was a significant disconnect between what people could afford and what was available to buy, and that has been massively amplified over the past eight years. We started Small Housing BC as a non-profit society to work province-wide because we saw the same conditions happening across the province. Having gone through eight publications and three significant small housing projects, we decided that this was the time to share it. And the question “why now?” also relates to the fact that we have a significant change in municipal leadership in many areas, and a recent change in provincial leadership. And we have aggressive targets, and needs, for new housing across the province. We need around 90,000 new homes a year in B.C. and the construction industry’s capacity is around 40,000. So we have to work out how to get to where we’re going and what are we going to build? In Vancouver, we have an untapped land mass in single family housing that’s underbuilt for the housing need but overbuilt in terms of unit size. We’ve been increasing the size of family housing stock, while families are decreasing in size. So we’re proposing smaller forms of housing in those neighbourhoods, not just in Vancouver but across the province. It's not a silver bullet to our housing crisis, but if we can solve the problem 25 or 30 per cent of the way, that makes a huge difference.

Q: Aside from more efficient use of land, what are some of the other benefits of smaller homes?

A: Through my work, it has been fascinating to see how many interested parties want to live in smaller homes, make their lives simpler, reduce their cost of living and perhaps release some equity. We also see a very significant shift in Millennial-age people or even younger wanting to get into home ownership, and there’s an affordability crisis for that cohort. They’re also very aware of environmental challenges and they are concerned with quality over quantity. So that group are much more open to smaller living spaces and wanting to live a modest lifestyle that’s within their means. Another benefit is to the wider community. As we take these communities that are depleting in population, we start to create a nice density again, and that revives the neighbourhood, and the corner store and local industry. It has a snowball effect on neighbourhoods, raising the quality of life.

Q: What are some of the forms these smaller homes might take?

A: When we think of how best we can deliver it, it is in these smaller, ground-oriented types housing. Some is already being built in some areas. We’re talking about townhouses, rowhouse, infill homes, laneway homes, character retention programs that take a big old house and divide it into several units and add an infill house. There’s an array, but these are generally under 1,200 square feet, and the community at large is starving for that.

Q: What are the barriers to rolling this out on a grand enough scale to make a real difference?

A: The construction industry is at capacity right now, and we need many more homes. But it takes almost as much effort to build one large home on a single-family lot as it does to build a home with four units and one out the back. So this is the aim of Small Housing BC, that you can take an existing industry that’s very busy and with the same amount of labour, start to deliver a significant amount more housing with the same amount of effort. We need to work smarter with our land and construction resources. And that’s something that collectively, at a regulatory level, we really haven’t been able to grasp very effectively. We’re focusing on building rental, which is very important, but we have to remember that most rental stock becomes available because someone has moved into homeownership. So we also need to find ways to get people into affordable homeownership, so that they move out of those rentals. If we focus our construction efforts on creating that affordable homeownership, and make those homes smaller so we can achieve so many more homes within the industry’s capacity, that’s when you start achieving those targets. The single greatest pinch point we have right now has to do with antiquated regulatory practices, whether that’s zoning or density concerns or best practices in construction. That’s why we’re looking to municipal and provincial regulators to attend the Small Housing Summit.

Q: Can you explain the concept of the grow home?

A: The grow home is great. It’s a partially finished rowhome that people can buy, and complete the work themselves over time, making it much cheaper initially. You get a modestly finished kitchen and bathroom, so that you can move in, and designated bedroom areas, but they’re not over-finished. And what’s really interesting is that not only is it great for young people who tend to be self-sufficient and capable of putting in the work, but it’s also an opportunity to build a home to high environmental or even Passive House standards at a much cheaper price. That way, it’s much more energy efficient and the owner’s energy costs are dramatically reduced. It’s that type of thinking about best practices that start to draw all the strings together. It lets us be more concerned with best building practices rather than the Architectural Digest interior finishes.

Q: Should units within a house, laneway homes and basement suites be available for sale individually?

A: Absolutely. If we look at the homes that we already have in our neighbourhoods, and start dividing them into stratified homes in a safe manner, it can be done extremely easily. It’s far more efficient for us to be renovating and adapting and restoring homes into multiple family homes that people can buy. Allowing ownership within that is key. Where we are right now, you have to be doing incredibly well financially to be able to afford to buy a house, and even high-earners won’t be earning enough until they’re at the most expensive part of their family’s cycle. But families want ownership and to be able to build equity, they need it. We’re not going to get the horse back in the stable – it’s gone – but we can start to find ways to make homeownership more accessible and for the communities to benefit from that.

The Small Housing Summit is being held on Saturday November 17 at the Sheraton Wall Centre in downtown Vancouver. Click here for more information.