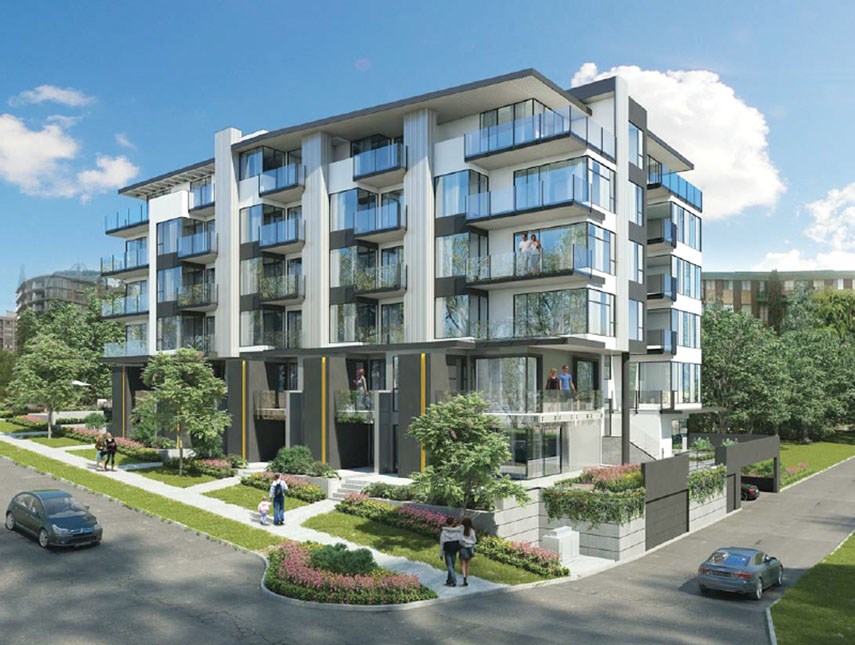 Shortly after discussing the role Austria’s communist party played in establishing Vienna’s stock of subsidized rental housing; City of North Vancouver council got around to the development on the table.

The project has a floor space ratio – which measures a building’s total floor space against its lot size – of 2.6, making it as dense as possible according to city guidelines. Rather than pay the city approximately $1.96 million for more than 14,000 extra square feet of floor space, the applicant offered to make the project 100 per cent rental and include five units rented at 10 per cent below market rates for at least 10 years.

Coun. Rod Clark, however, wondered aloud if the developer might consider offering those five units at a discounted rate in perpetuity.

Clark offered no apologies after a colleague suggested it was too late in the application process to renegotiate the proposal. “If you don’t ask, you don’t get.”

From there, Clark turned council’s attention to Vienna, noting a recent Globe and Mail article that reported six out of 10 Viennese live in social housing.

While the city can’t meet that target, Clark nonetheless urged his council colleagues to work toward establishing a pool of subsidized rental in the city.

Coun. Craig Keating noted the importance of the 1920s Red Vienna era in the city’s history.

“The Viennese got tired of the communists but they kept the 60 per cent subsidized housing,” he said.

Keating also noted that the development in question seemed “almost an afterthought” in a debate far removed from previous dust-ups on development.

“I’m so pleased . . . that the debate has changed,” he says. “It was not too long ago that people said development is out of control. Now people are saying, ‘Dude, where’s my house?’”

The project would displace a three-unit home and a 10-unit apartment building. But at least one displaced resident favoured the project.

“It’s an opportunity for the low-income people to enjoy the friendly neighbourhood we have,” said Ali Raza, who told council he plans to move back into the new building.

Coun. Holly Back also thanked the developer for the inclusion of 15 two-bedroom units and five three-bedroom units.

Parking was a sticking point, with Coun. Don Bell suggesting a total of 35 parking spots might not be enough for a 48-unit building.

“While people are walking and riding bicycles and taking public transit, most people that I know still have cars,” he said.

The advent of self-driving cars may cut the need for apartment parkades, Mayor Darrell Mussatto responded, suggesting parking be considered in light of “what could be happening in the future.”

The future should also bring a B-line bus within walking distance of the development, Mussatto said, suggesting it was the right place to put density.

Coun. Pam Bookham agreed, suggesting the building’s height of 19 metres was “midway between the highrises on Lonsdale and the Ottawa Gardens scale of development.”

Regarding Vienna, Mussatto added that the city can’t realistically aspire to subsidize 60 per cent of the municipality’s rentals, due to federal and provincial governments that: “completely abdicated their responsibility for housing” over the past 25 years.

While supportive of the development, Coun. Linda Buchanan said the city should be cautious in revising policy, lest they make developments unviable.