In a tumultuous year for B.C.’s real estate market, what were Glacier Media’s most-read real estate stories?
Dec 20, 2018 11:37 AM By: Joannah Connolly 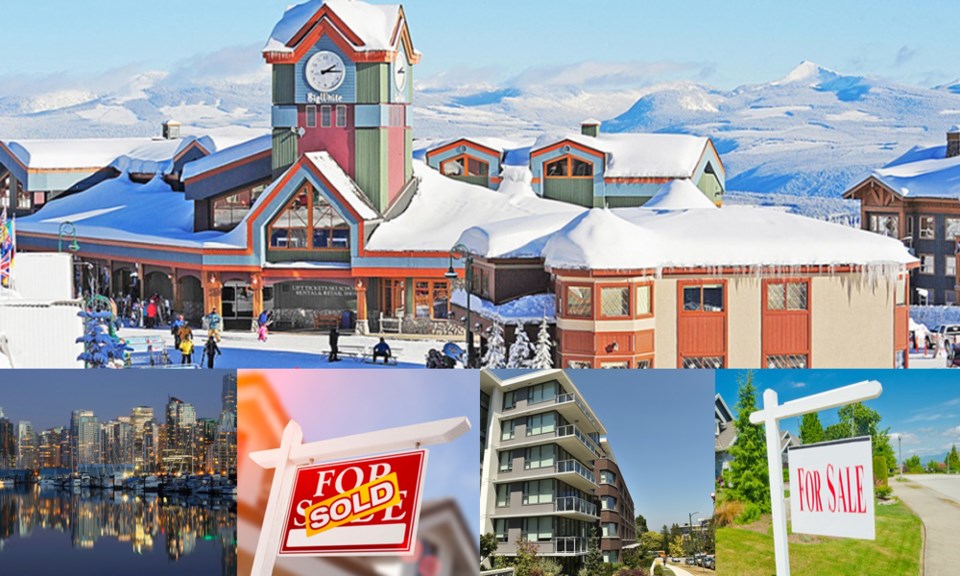 2018 has been a tumultuous year for B.C.’s real estate and rental markets, with a slew of new policies introduced at the federal, provincial and municipal levels that have dramatically altered the housing landscape.

In order to help readers navigate all this confusing content, 2018 was also the year in which Glacier Media launched dedicated Real Estate pages on its local community newspaper websites. That gives us the perfect tool to look back and see which of the articles on those pages made the biggest splash.

Perhaps surprisingly, the furore around the biggest policy changes – the backlash over the speculation tax, for example, or the toll of the mortgage stress test – didn’t make the cut. But some of the knock-on effects of recent or slightly older market interventions certainly did.

Here’s our rundown of 2018’s most-read stories on our Real Estate pages, in terms of total page views across all our community newspaper websites.

#5. Foreign buyers all but disappeared from Metro Vancouver: data

This article, originally posted on our sister website Business in Vancouver, took fifth place in our most-read stories of the year. Published in mid-August, it reported that the B.C. government’s latest numbers showed just one per cent of all real estate transactions in Metro Vancouver and the Fraser Valley Regional District during the first six months of this year involved foreign nationals, down from three per cent in the same period in 2017. And it’s worth noting that the 2017 figure was in itself a significant decrease from the numbers seen prior to the 2016 launch of the foreign buyer tax.

This July article reported that the rate at which presale condos and townhomes were being purchased had plummeted across Greater Vancouver and the Fraser Valley – especially in downtown Vancouver, according to a report by marketing firm MLA Canada. The group’s research arm said that the absorption rate of newly released presale units in June 2018 across the Lower Mainland was just 50 per cent, compared with 94 per cent in January 2018.

This unfortunate tale of professional misconduct was published on the Richmond News real estate page on April 17, and gained traction across all our local papers. It told of Xinwei (Sylvie) Zhao, working under the New Coast Realty banner, who was fined $2,000 by the Real Estate Council of B.C. The council found that Zhao, the listing agent on a home sale, informed the buyer’s agent that the offer on the property would only be presented and accepted by the seller if the buyer agreed to put a New Coast Realty “sold” sign on the property for one year. She did this, according to the council, “without the seller’s consent or knowledge, and on the instructions of her team leader.”

Echoing what many local residents may feel, this August assessment of Metro Vancouver’s housing market from iconic U.K. publication The Economist was the subject of our second most-read story of the year. The media group’s research arm issued a global house price index and reported that Metro Vancouver was 65 per cent overvalued, when comparing local real estate values with local incomes. That made Metro Vancouver the fifth most overvalued of the 22 major global cities studied, after Hong Kong, Auckland, Paris and Brussels. Vancouver was followed by London and Sydney, both of which were deemed overvalued by 50 per cent or above.

The province’s new speculation tax had to make a showing in this list, as it was certainly one of the biggest real estate newsmakers of the year. But, following a series of articles about fears over what the tax would do to recreational markets and vacation home owners, what grabbed our readers’ interest more than any other was this story about the ski resorts that get a free pass from the tax. Originally appearing on our sister website Western Investor, the article looked at what was going on in booming markets such as Whistler, Sun Peaks and Silver Star, where the tax does not apply.