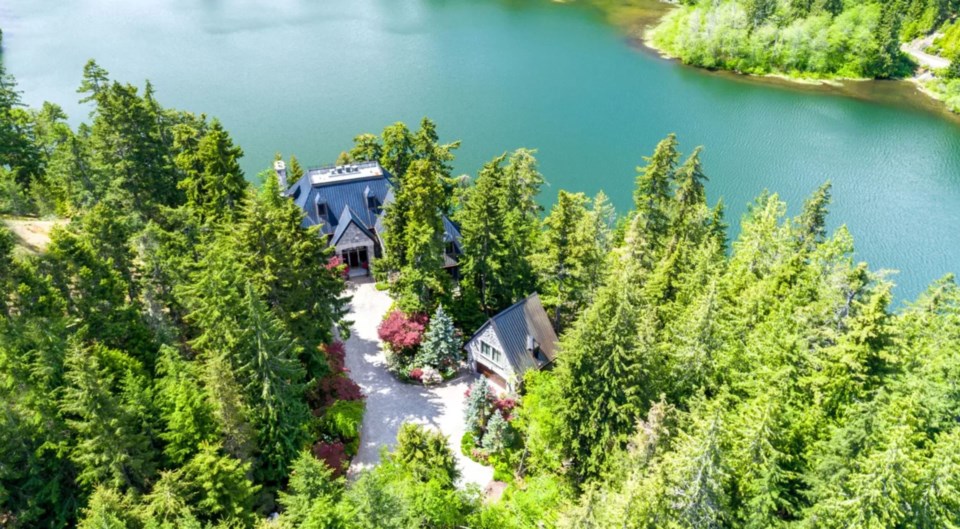 A huge estate with a French-style mansion known as Chateau du Lac on Nita Lake in Whistler has been relisted, as of November 2, for $19.88 million, following an attempt to sell it in a no-reserve online auction in August this year.

The property failed to find a buyer when it was listed for $25.9 million in January this year. New York-based global luxury real estate auction house Concierge Auctions stepped in to team up with the then-listing agent Maggi Thornhill to sell the property. In an unusual move for Canadian real estate, the property was set to go to the highest bidder in the online auction, regardless of how much the top bid was for.

However, Glacier Media's inquiries about the outcome of the auction met no success, which could mean the home was sold for a confidential sum, or it was not sold at all. Concierge told Glacier Media immediately after the auction that any "Success Release" about the sale would be shared with media, but none has been received.

The home is now listed on the MLS at $6 million lower than its January sticker price, with a new listing agent, Christopher Bradley of Royal LePage.

The mansion was built in 2000 and sits on nearly five acres of wooded waterfront property. The huge lot, which is reached by its own private road called Nita Lane, takes up one-fifth of Nita Lake’s frontage at 1,000 feet of lakefront, and has incredible water and mountain views. Nita Lake is one of only four lakes in Whistler that have residental waterfront properties.

The house has 5,570 square feet of lavish interior space plus a separate coach house with loft bedroom, as well as garages and extensive terraces – totalling more than 10,000 square feet of indoor and outdoor living space.

For those who enjoy a looky-loo, check out the photos of this opulent home, taken prior to the auction.