Different rules of the road apply to bikes: Bruntlett 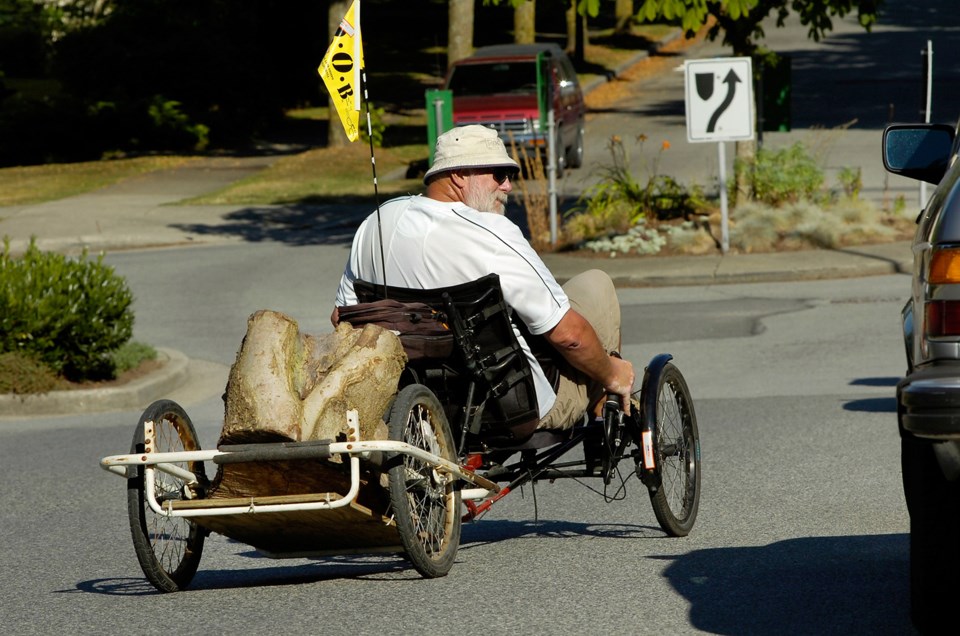 Not every law that was written for motor vehicles should apply to bicycles.Dan Toulgoet

Every time you hop on a bicycle in British Columbia, you are immediately subject to the Ministry of Justice’s Motor Vehicle Act, a set of regulations governing the province’s roads and highways.

Not only is the name of this legislation an outdated misnomer betraying an inherent bias, it also contains countless antiquated and counterproductive rules by which cyclists are expected to adhere. Most of these clauses were introduced in the 1990s, when cycling was viewed as sporty, dangerous, and most notably, an inconvenience to those behind the wheel of an automobile.

With the explosion of utility (vs. sport) cycling in recent years — including investments in safe, separated infrastructure and stacks of scientific studies, we are quickly learning that most of these prohibited behaviours are relatively benign acts, and are, in fact, much safer than the specific activity dictated by the law.

One such article bans the act of riding two abreast on any public roadway. This is a puzzling decision that can only be justified when viewed through a windshield.

Although social interaction is a major incentive to ride in such a manner (my partner and I have our very best conversations when pedalling side-by-side), evidence is mounting that it is also a much safer practise, making cyclists more visible to the driver (particularly at intersections) and forcing motorists to make a proper lane change when passing.

Not to mention, many parents — including us — would hesitate to take a child cycling on city streets without being able to legally protect them with such a defensive maneuver as side-by-side biking.

A second benevolent action inexplicably banned from the streets of British Columbia is the custom of doubling, or allowing a passenger to sit on a front or rear rack of the bike. Technically, every person on a bike must have their own saddle, making most cargo bikes illegitimate in the eyes of the law.

And while no doubt well meaning, this is another clause written from the seat of a vehicle.

Giving a friend or a child a short lift hurts absolutely no one. Just take a visit to Amsterdam, where doubling is ubiquitous in one of the safest (and most popular) cities in the world in which to ride a bike.

Thirdly, riding a bike (but not a skateboard, horse, snowboard, scooter, or a pair of ice skates) without a helmet remains illegal in British Columbia despite studies that show the health benefits of cycling (even bareheaded) outweigh the risks by at least 20 to one.

Our all-ages helmet law has been a remarkable policy failure, something other jurisdictions around the world now cite in order to avoid. The law reduced cycling rates among young adults, has caused no appreciable change to head injury rates (versus provinces without such a law), blocked our eight-year efforts to establish a bike-share in Vancouver, while also wasting police and court resources with an unenforceable distraction.

Last but not least, cyclists are lawfully obliged to come to a full and complete stop at every stop sign. This is law in spite of the fact that bicycles are much slower, lighter, less dangerous, and easier to maneuver than a 4,000-pound motor vehicle, for which the stop sign was designed. Not to mention the invaluable concept of maintaining momentum and maximizing efficiency on a human-powered machine.

In 1982, Idaho wrote a law that permits cyclists to treat stop signs as yield signs, requiring them to yield to traffic with the right of way, but otherwise allowing them to roll through stop signs if they have the right of way. Subsequent studies have found the “Idaho Stop” law increased cycling rates and safety, while increasing safety for all roadway users and reducing the risk of injury (including repetitive strain injuries).

An evidence-based review of the Motor Vehicle Act is long overdue. If we are truly serious about growing mode share, every one of these activities should be permitted by law and openly encouraged by the authorities.

Of course, these attempts to legislate the behavior of cyclists are irrelevant without a far greater effort to legislate safer streets, with full cyclist, pedestrian and motorist separation being the end game.

Consider Oregon’s “Bicycle Bill”, a law passed in 1971 that requires at least one per cent of all transportation spending to be allocated towards walking and cycling infrastructure. It also necessitates the inclusion of walking and cycling facilities within the right-of-way of every newly constructed or reconstructed road, street or state highway.

In the meantime, the vast majority of provincial resources around lawmaking, education and enforcement should be directed towards motorists, whom a recent report found were “at fault” in 93 per cent of collisions with bikes in Metro Vancouver.

Expecting both drivers and cyclists to play by the same set of rules is like equating shotguns with water pistols. Let’s not lose sight of the real weapons on our streets.