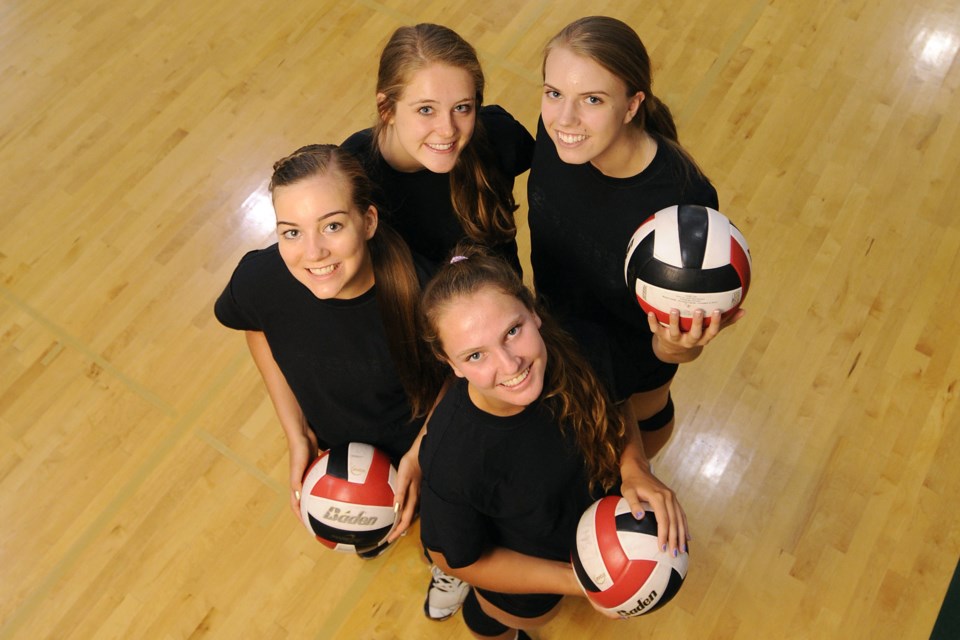 “The kids call them the ‘volleycult,’” said Chris Ruse, the head coach of the senior York House Tigers who will graduate the best volleyball players the school has ever seen, including the first ones recruited to the NCAA and the CIS-championship program at the University of B.C. “It’s clearly our most talented squad ever,” said Ruse, of the players who are also good friends and finished fourth in the province. “My biggest hope is that I’ll lose them for a few years and then have them come back to coach and continue leading.”

Arriving at York House from Heritage Woods secondary for her senior year, Kern was already recognized as one of the best U18 players in the country. “I had the pleasure of playing and getting completely stuffed by Dayna during club season,” said Matheson. “That girl puts up a big and well-placed block, and no outside hitter wants to face that.”

The six-foot-three middle hitter was named the best blocker at the Western Canadian independent school championship, which the Tigers won, and her stacked BCO team also won the national club championship this winter in Calgary.

One title that didn’t land was the B.C. AA high school championship. “After we had lost our semi-final and then our bronze [game], the team was pretty depressed,” said Finan. “Dayna just broke the silence and thanked the team for welcoming her and for making such wonderful memories over the course of the term. It was so touching and really helped to put things in perspective.”

At five-foot-eight, the Tigers’ libero and setter is a remarkably gifted athlete who could star in her own Nike commercial, given the way her teammates and coaches praise her talents.  Of the foursome, Worsley says she is also the most competitive. Anyone who has seen her play will agree, said Matheson. “Her consistent dedication shows everyone on the court how much she is willing to sacrifice for her team, willing the rest of us to work just as hard. Laura consistently gives her heart and soul to the sport every game, every set, and every point.”

Not all serious, however, Finan, her T-birds teammate for the next five years, reveals, “She has an unending list of quirks — she collects hotel keys and unicorns and loves Bon Jovi. She's also going to hate me for revealing anything personal about her.”

In the hallways at York House, “it isn’t hard to spot the volleyball players,” said the five-foot-11 left-side hitter. “We are always standing together, about a foot higher than everyone else.” The “volleycult” nickname stuck because each is “completely entranced by the sport,” she said. “Cult isn’t such a far stretch when it describes the kinship among our teammates. We had an unbelievable season, and that was a result of the trust earned by our closeness.” (She and Finan have the same singular middle name, Honor.)

Matheson was new to the sport when she tried out and — now etched in school legend — caught the first pass that came her way. Her development is also legendary. “I remember one game Kaleigh was playing incredibly so I set her pretty much every ball because the other team could not stop her,” said Worsley. “You could tell that she had the potential to be amazing.”

An entertaining storyteller with a far-reaching sense of community, Finan is “blessed with height and heart,” in the words of Matheson. Her coach and teammates agreed she is the funniest on the team and tells hilarious, “completely ridiculous” stories. Plus, said Worsley, “There are so many things that Siobhan can do that no one else could.”

The six-foot-one right-side hitter who coaches skiing at Whistler and volleyball in the summer, Finan has “empathy and creativity to spare,” said Ruse. Her tenure with the Tigers is not likely over and, as she put it like only she could, she’s already left impressions at the school. “I hope I helped to inspire a love for the sport within the York House community because that's the biggest part of the game for me, I just absolutely love playing,” said Finan, “and managing to spill yogurt on every jersey I've used — so figuratively and literally — I like to think I've made my mark.” 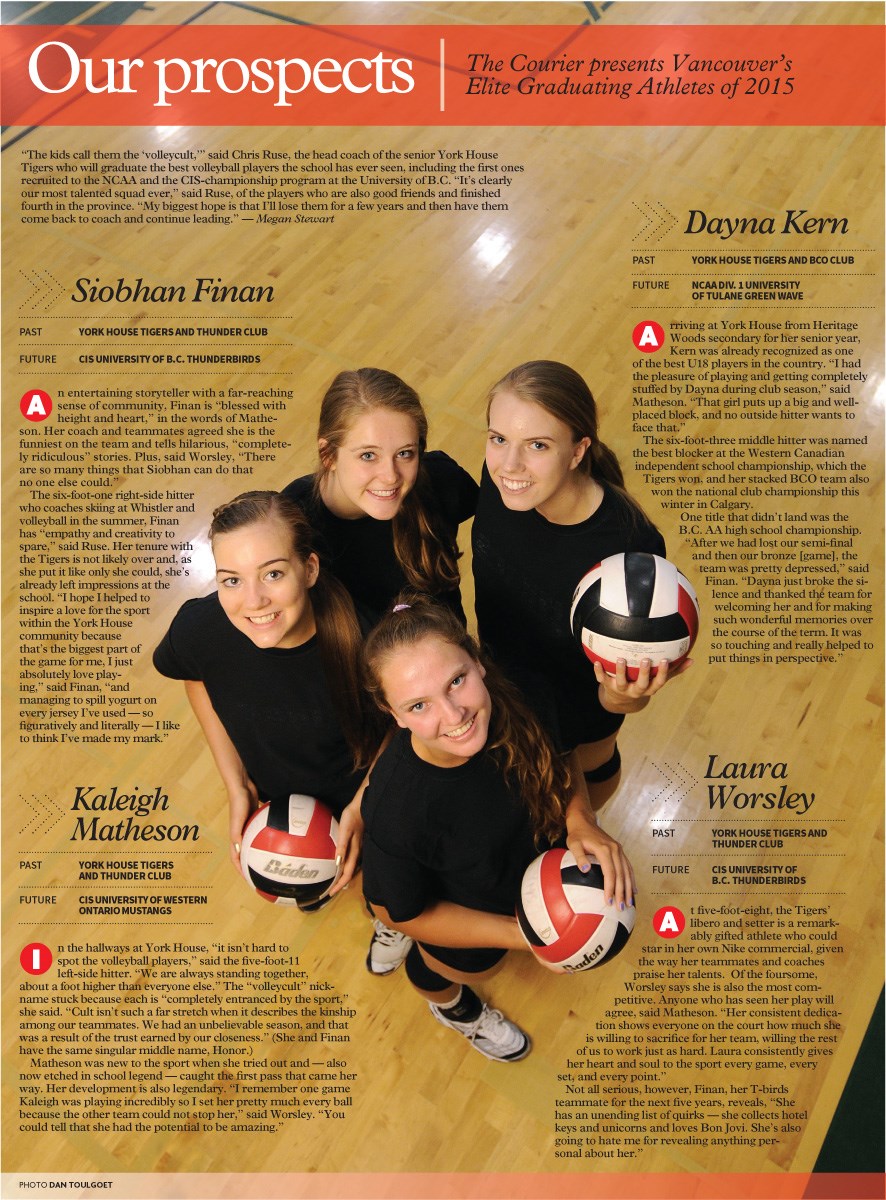