B.C. grads are invited to participate in a virtual prom this month

The Student Life Network’s #PromIsOn initiative is aiming to raise funds for the Kids Help Phone while giving soon-to-be grads a night to look forward to
May 7, 2020 8:43 PM By: Megan Lalonde 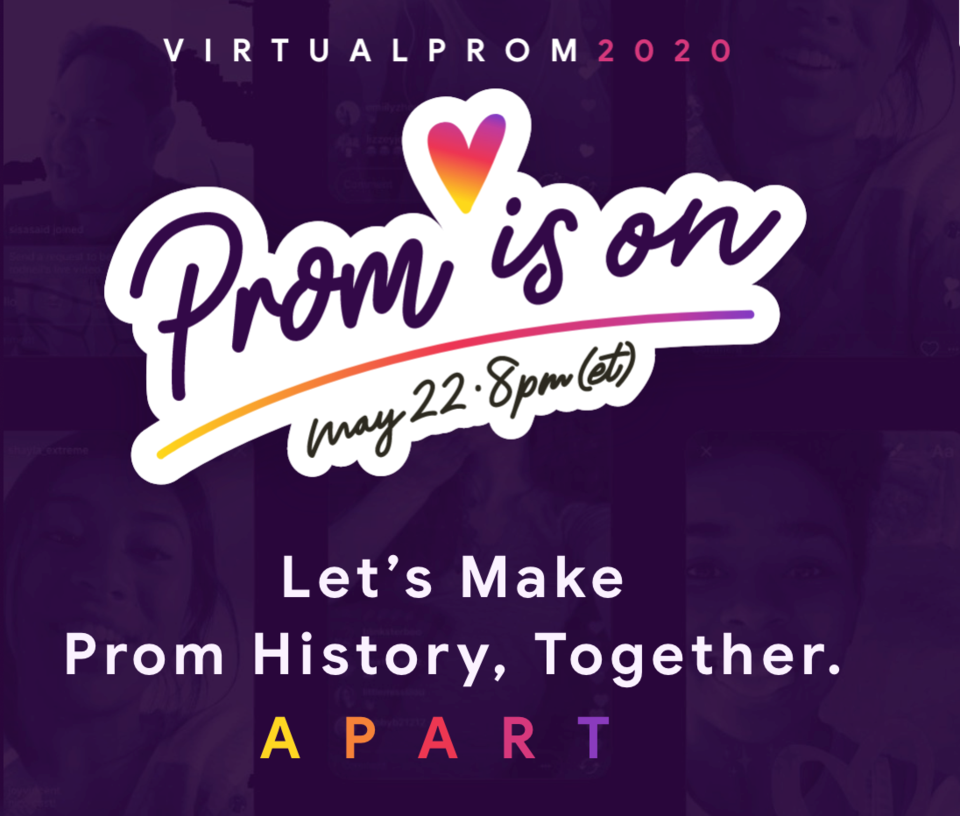 Student Life Network's virtual prom is scheduled to take place on May 22. Screenshot

As concerns around COVID-19 continue to limit mass gatherings across the globe, graduating students have had to face the reality that they won’t be saying goodbye to high school with the typical traditions and events they’ve been looking forward to for years.

In an effort to ease their disappointment, Student Life Network - a resource hub for Canadian students - and its 36-student “prom committee” is making sure prom is on this year, even as students remain apart.

Grade 12s across Canada can RSVP online for the virtual prom, set to take place May 22. The prom will be live-streamed on YouTube, featuring a live set from Juno Award-winning DJ duo Loud Luxury and “shoutouts” from a yet-to-be-announced list of Canadian role models.

Better yet, the virtual prom will also serve as a fundraiser for Kids Help Phone, with each RSVP netting a donation to the mental health service.

One of those 36 student leaders is Kate Bourdon, a student at Windsor Secondary School in North Vancouver who got involved after answering a callout she spotted in a Student Life Network newsletter.

“Obviously I was super upset that we can't really have our traditional grad, but I didn't want to be super down in the dumps about it, and I wanted to be able to give people an opportunity to celebrate in some way, if possible,” she said.

“By no means are we using this as a replacement for grad,” she continued. “It's just kind of a way to connect people.”

While students won’t be able to dance the night away like they’d planned to, Bourdon said she’s hoping to get some friends together for a physically-distanced gathering on May 22 to celebrate.

“I know lots of people have tuxedos and dresses and now they don't have an event to wear them at, so I was hoping that a lot of my friends could kind of get dressed, and I could either FaceTime them, or they could come over to my front lawn and sit far apart, and then we could all get ready and watch the event together,” Bourdon explained.

That way, “We'd kind of have a little bit more of a formal grad, and we could all listen to the music together, because it'd be nice to connect people in a face-to-face way while also being able to watch this virtual thing.”

Bourdon is encouraging all Vancouver grads to RSVP for the event, not only as a way of supporting Kids Help Phone - “a really good charity that obviously people can contact and use during this tough time,” she noted - but also for a chance to win one of the several prizes being offered by the virtual prom’s sponsors like Disney, Kernels, Smashbox and Glamglow, to name a few.

For more information or to RSVP for the event, visit its website.