This is why you're drinking more than usual during the pandemic, according to an addictions researcher

"It's important to know that the vast majority of people who experience addictions overcome them without treatment."
May 31, 2020 10:05 AM By: Jennifer Thuncher 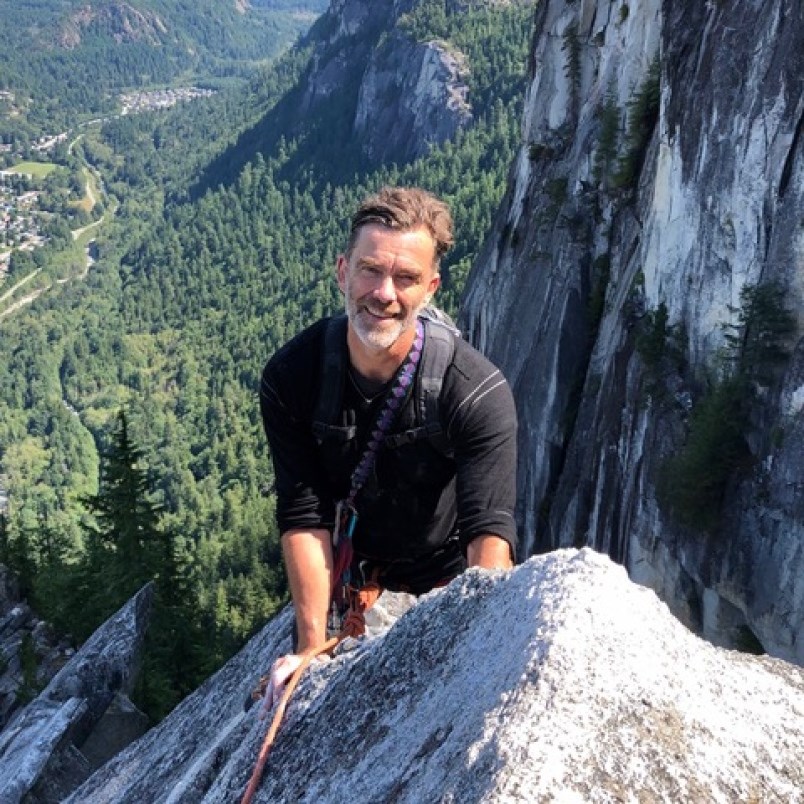 Since the start of the pandemic, memes about drinking and eating to excess cascade by on Squamish social media feeds like water at Shannon Falls.

"When all this is over, which meeting do I attend first: Weight Watchers or AA?" reads a popular one.

But behind the humour lies a truth, some — or perhaps many — of us are turning to unhealthy habits to cope with COVID-19-induced stress.

The Chief caught up with Simon Fraser University health sciences researcher, professor Julian Somers, for a discussion about when and if these habits are a problem and what to do if they are.

Q: Simple question: why do people turn to substances or other habits that are harmful as a crutch in times of stress?

So why is that?

What makes the most sense from various evidence is that we all have needs for human contact and needs for meaning that essentially we have evolved with.

And so it's not enough to say, 'Well, when the lights go back on, I'll be okay again.' We need to be reminded daily that we're meaningful, that people care about us and that we're safe.

As these things get eroded, we turn to substitutes for the types of experiences that our species evolved with.

So, we have these needs and they are not getting scratched during COVID.

There may be people who say, "Look, I am going to drink regularly during this period, but I know myself well enough to say that when things will turn around and go back to what I was doing before.'

I'm certainly comfortable with that view. However, I would hope that anybody who is changing their habits now and believes that they're doing so under complete control is fully honest with themselves.

Sadly, tragically, the fulfillment we get through these substitute activities sometimes winds up taking the place of more natural, interpersonal and more desirable ways of fulfilling needs partly because these negative habits  — drinking too much, for example — take us out of circulation. They distance us from other people. If we are high or impaired, there is an opportunity cost.

Q: Is the situation we are in with COVID-19 that unique in terms of addictive behaviours?

A: What we are going through is not at all unusual around the world.

The single strongest explanation is the disruption of culture.

Even looking around us, addictions are conspicuous among the homeless population. When people are socially marginalized and relegated to lives that they experience as not sufficiently meaningful you see a high probability of addictions.

A: There's a thing called recovery capital. When physicians or pilots are busted within their profession with opioid addiction, for example, they have to go to treatment. But what is interesting is the treatment they get is abstinence-based. They will not get methadone or any other drug as part of their treatment. Five-year outcomes show 90% complete success. And this is a widely replicated finding with associations that have concerns around safety.

In B.C.. those who are receiving methadone, who are having a really hard time recovering — and these are the people I have worked with in my research — they are poor people, disproportionately Indigenous, and disproportionately dealing with mental health issues.

In our analysis of methadone recipients in B.C., about 40% have been diagnosed with either bipolar disorder or schizophrenia.

And they have a strong cultural background/traditions.

A lot of people who struggle, don't have anyone in their corner and they don't have material access.

As so many have had adverse childhood experiences, they don't have a lot of belief in themselves.

Q: So what if I am reading this and thinking that I may have a problem? Or that someone I love might?

A: It's important to know that the vast majority of people who experience addictions overcome them without treatment.

Q: That is interesting. We don't hear that very often, do we?

A: No, we don't. But it has been shown in research from smoking to heroin. About two thirds to three-quarters of ex-smokers, for example, got better without treatment.

Q: Do we know how they do this?

A: When we look at the life course of people who say they are dependent on cocaine and cannabis, the period they are dependent is about 10 years. Then, all of a sudden, they are facing life transitions and responsibilities that are not compatible with maintaining that habit. They're getting into their careers, or maybe they're having kids and so we see this mass exodus in the population away from dependence. For alcohol and nicotine, the dependence is typically closer to 40 years.

Some want to have good health in their retirement, or their adult kids ask if they are going to be doing this for their whole lives.

As a researcher, I would say the reason you don't hear a lot about this is that the vast majority of the research around ending addictions involves testing technologies and different therapies. As a consequence, most of the publications focus on the benefit of this or that treatment. With so-called unaided recovery, the most common pathway, there is no money in that.

The more we can understand how people are making those changes and why and pushing that information out there, then we can potentially help others.

Believing that you are somehow fated to be addicted leads to a very different emotional response and self-concept, versus knowing that despite suffering deeply, many people who have been where you are and have turned it around.

This is not to say that help isn't necessary, but we should feel hopeful — hopeful to try.

If you are a 45-year-old smoker, on average, all the other smokers your age are going to be quitting in the next 10 years. Are you going to be one of them? And if you are, why not get on that train sooner?

If you want to do that, and are having trouble, that isn't the end. Maybe you would benefit from some professional help.

Q: Can you talk about people perhaps having their addictions discovered for the first time during this pandemic while at home with the family more?

A: There is often an element of shame people experience. And with that shame comes some secrecy. So everyone may know mom drinks, but they may not know she drinks starting in the morning, for example.

It is a difficult thing to learn about and respond to.

If we are close to the person, we might fall into questioning why we are not enough to keep them from being addicted.

Shouting and throwing out the booze or throwing the drugs down the toilet, that is not what we want to do.

The best advice I can give is for loved ones to focus on the strengths the person has and focus their attention on opportunities to do better. That is what is going to need to flourish to help them get over their addiction, research shows.