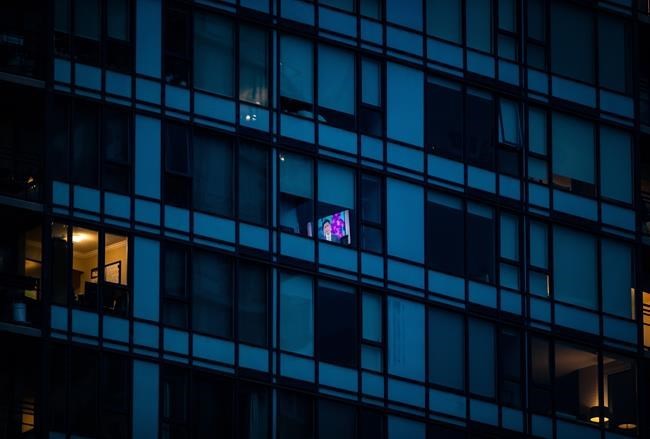 Last week, the public broadcaster drew criticism when it announced it was temporarily scrapping its local TV newscasts, except for CBC North, in order to pool resources at CBC News Network amid the COVID-19 crisis.

Prince Edward Island Premier Dennis King called for the move to be reversed to keep remote and vulnerable communities informed during the pandemic.

The public broadcaster now says that as of Wednesday it will air a 30-minute local news segment during suppertime on CBC News Network (at 5 p.m. ET and 6 p.m. ET).

It also said in a statement that over the course of this week and next, the CBC "will make every effort to have all of the dedicated local shows back up on the main network."

He said on Thursday, viewers in P.E.I. will see the return of its local news program "Compass," while audiences in Nova Scotia and New Brunswick "can watch a combined regional show."

"We are taking it one day at a time, carefully adding in other markets on a gradual basis to ensure nothing jeopardizes the essential services or the health and well-being of our journalists," Thompson said in an email Wednesday.

Thompson said the CBC's "Power & Politics" program will also return to its regular schedule in the coming days. It, too, was temporarily suspended last week so the Ottawa production team could be redeployed to CBC News Network.

A memo to CBC staff on March 18 noted these "unprecedented times" have led to "much stricter newsgathering protocols," and that there are far fewer staff in CBC's Toronto broadcast centre.

At the time, Prince Edward Island Premier Dennis King said he was "incredibly disappointed" in the move, and planned to speak with Prime Minister Justin Trudeau and formally ask Canadian Heritage Minister Steven Guilbeault to intervene and reverse the decision.

"The reach of 'CBC News: Compass' into the living rooms of Island households, community and long-term care homes and seniors' residences is essential now, more than ever," King said.

"Our chief public health officer and government are working together to share important information, recommendations and directions for Islanders as we navigate the current state of public health emergency in our province and 'CBC News: Compass' is a critical partner in helping us do this."

At the time, King said he also spoke with Catherine Tait, president and CEO of CBC, to express his disappointment. He said she told him the changes would not be reconsidered.

Local news teams have continued to work throughout, providing content for CBC News Network and coverage on radio, digital and social media.

The CBC announced the reversal in a statement Tuesday when it chalked up last week's decision to "operational reasons due to the surge in COVID-19 related live news stories across the country."

"To be clear, this was a temporary measure to ensure stability in our news service to Canadians," it said.

"We understand the frustration this has caused our viewers and thank them for their continued support and patience as we restore service."

This report by The Canadian Press was first published March 25, 2020.