Canadian country singer Chad Brownlee has apologized after posting a conspiracy theory image criticized as racist and antisemitic on his social media accounts.
Jun 4, 2020 11:21 AM By: Canadian Press 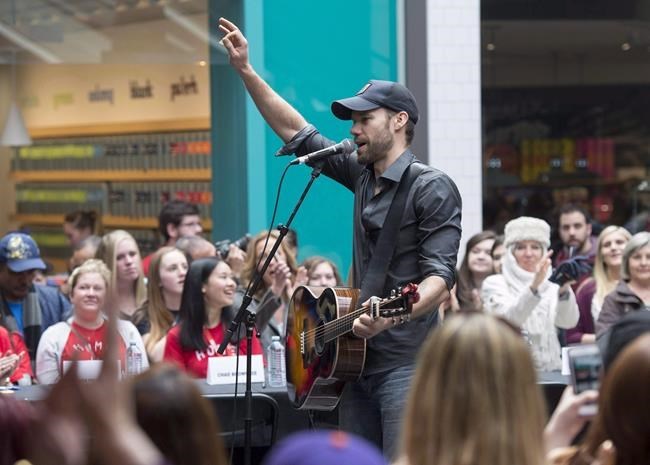 Canadian country singer Chad Brownlee has apologized after posting a conspiracy theory image criticized as racist and antisemitic on his social media accounts.

The musician from British Columbia issued the original post on Tuesday and then deleted it, however some social media users captured a screen grab of it.

The manipulated image depicts Jewish-American billionaire philanthropist George Soros with a chess board and pieces made up of protesters and the COVID-19 molecule.

Soros has been the target of many right-wing conspiracy theories, including claims he's funding anti-fascist activists in the protests against racism and police brutality in the United States.

Reacting to social media anger over the post, Brownlee wrote on his Twitter and Instagram accounts that he apologizes for sharing an image "that was wrong, inappropriate and could be perceived as racist."

He added his "intention in posting the image was nothing of the sort," although he acknowledges "how people could easily have seen it that way."

"Further, I did not provide a caption for the image and left it for people to perceive the worst of what I meant by it," he wrote in his apology posted Wednesday.

"With everything going on in the world, and with so much understandable pain, fear and frustration felt by those outside of the power structures of society, my intention was to highlight that we all need to be more aware of the presence of these power structures and how they impact our lives."

Brownlee posted the image on what was known as Blackout Tuesday — a social media movement meant to amplify Black voices and show solidarity with the anti-racism protests.

"I believe in unity and coming together," he wrote in his follow-up apology.

"I saw an image that I too-quickly thought represented the idea that there are other, bigger forces in society that we should all be mindful of but clearly it had other meanings that I do not stand behind in any way."

Brownlee continued: "I abhor racism, certainly including antisemitism. On a day I had a heavy heart thinking about black individuals in Canada, the United States and around the world having to face systemic racism within the power structures of society, I wanted to communicate I recognized the unfairness of those forces.

"Sadly, I didn't spur the conversation I wanted to. My effort was clumsy and wrong-headed. For all those I hurt or offended I am deeply sorry. I ask for your forgiveness. I will do better."

Representatives for Brownlee did not immediately respond to a request for comment from the performer Thursday.

This report by The Canadian Press was first published June 4, 2020.