Writing a novel is one of the hardest — but most cathartic — things former pro lacrosse player Delby Powless has ever done.
Nov 20, 2020 2:59 PM By: Canadian Press 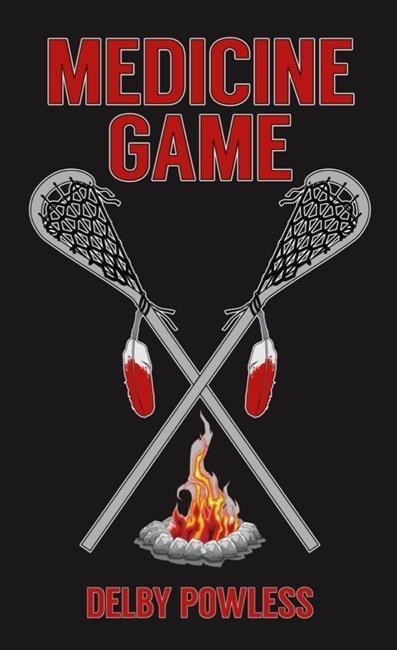 Writing a novel is one of the hardest — but most cathartic — things former pro lacrosse player Delby Powless has ever done.

"Medicine Game" centres on Tommy Henry as he struggles with violent outbursts and addiction on the fictional Sparrow Lake Nation. Powless said that he wrote the novel as a way to open up about his own mental health struggles and pay tribute to friends he's lost.

"This was by the most therapeutic thing I've ever done," said Powless. "It was really emotional to write about this stuff, not just because of my own things but because I was thinking about people that have passed, that aren't with us anymore."

Powless, who won the Tom Longboat Award as Canada's top Indigenous athlete in 2003, spent his entire six-year career in the National Lacrosse League with the Buffalo Bandits. He played all levels of his junior and senior lacrosse for teams in Six Nations of the Grand River, Ont., and represented the Iroquois Nationals in international competition.

Even with his success as a lacrosse player, Powless said he struggled with his mental health and opening up to friends and teammates.

That began to change when Powless read "Playing With Fire," a memoir by former NHLer Theo Fleury. Powless said Fleury's memoir made him realize he was not alone and that opening up could help him and his readers.

"This was my way of coming out to let people know what I've gone through mental-health wise," the 40-year-old Powless said. "I had kept stuff inside of me for 30, 35 years."

In the short time "Medicine Game" has been out, Powless said he's received a lot of positive feedback, especially from other Indigenous men, who have told him it's encouraged them to be more open.

"They bought it because they thought it was about lacrosse and they start reading it and they start realizing how it's about the rez and the mental health stuff and the history of residential schools and other things they could relate to," said Powless.

Lacrosse was played by the Haudenosaunee — known in French as the Iroquois and in English as the Six Nations — thousands of years before Europeans arrived in North America. Sometimes called the Creator's Game or the Medicine Game, many First Nations people believe that playing lacrosse can heal them spiritually and physically.

Powless, who is now a child and youth counselor in the Six Nations community, said that the camaraderie he — and his protagonist — feels when playing lacrosse is an experience he wanted to convey to his readers.

"When I was going through a really rough time, one of my coaches texted me that he hoped to see me back at the rink because lacrosse is good medicine," said Powless. "That stuck with me, just to think of it that way.

"Just to get out there and be around the boys is helpful to people and their well-being."

This report by The Canadian Press was first published Nov. 21, 2020.

Champion Ken Jennings will be first interim 'Jeopardy!' host
Nov 28, 2020 5:46 AM
Comments
We welcome your feedback and encourage you to share your thoughts. We ask that you be respectful of others and their points of view, refrain from personal attacks and stay on topic. To learn about our commenting policies and how we moderate, please read our Community Guidelines.