Politics has been more than a little shouty of late. Actor and activist Kal Penn would quietly like to change that.
Sep 21, 2020 12:15 PM By: Canadian Press 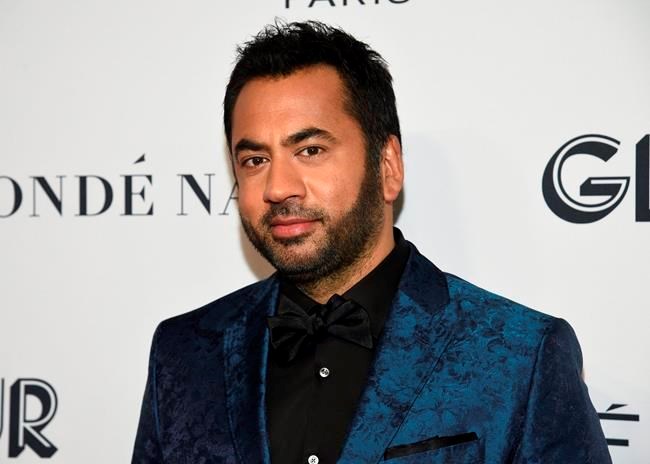 Politics has been more than a little shouty of late. Actor and activist Kal Penn would quietly like to change that.

“Today we have the blessing — or a curse — of being able to yell at somebody on your phone on Twitter, which of course feels fantastic sometimes but doesn’t necessarily do anything,” he says.

Penn is hoping to do something by reaching millennial and Gen Z voters with a new half-hour TV show on Freeform, “Kal Penn Approves This Message.”

He vows the six-episode series will be nonpartisan and include topics like the education and judicial systems, health care and the environment. Penn calls it “The Daily Show” without cynicism or “a funnier version of ‘CBS Sunday Morning’ for young people."

“We’re not telling anybody who to vote for. We don’t have a particular slant or viewpoint,” he said. "I think we all benefit when people are more civically engaged. I think that’s when you have the dialogue that matters to find solutions," he said.

“Kal Penn Approves This Message” kicks off Tuesday, which not coincidentally happens to be National Voter Registration Day, and will conclude with a one-hour season finale on Oct. 27. Each episode will be available the next day on Hulu.

The push is just the latest in a slew of voting initiatives this election cycle focused on first-time voters, joining efforts from the likes of Cosmopolitan magazine and the women’s equality organization Supermajority to “The Late Show with Stephen Colbert.”

Penn's show will have a monologue, a field piece and a guest, all interrelated to the show's particular topic. It will track the history of the topic on hand and offer tools for voters, no matter the party affiliation.

“We thought, instead of talking about how bad something is, what if we actually track the history of that particular topic and offer tools for no matter who somebody might be voting for?”

Penn starred in the “Harold & Kumar” comedy film franchise and on TV shows like “House” and “Designated Survivor.” And, in 2009, Penn took a break from acting to take a job in former President Barack Obama’s administration, serving as an associate director in the White House Office of Public Engagement.

He's still interested in engagement. On his new series, Penn explores how state and local government work and how young people can change it. He'll ask questions like: How do issues like lowering the voting age get on the ballot in the first place?

Or take the issue of climate change: Instead of a loud us-versus-them debate over whether warming is happening, the series will show how both young progressives and evangelicals have found an issue that hey can work together on.

“Yelling at each other isn’t actually going to solve that issue. So let’s discuss what people are working on to solve it. We can disagree rationally on what those decisions are. But let’s get to that point. Let’s start the conversation from there instead of starting from reacting to something.”

Mark Kennedy is at http://twitter.com/KennedyTwits

TikTok fans give Vancouver rock act Mother Mother a sudden boost in popularity
Oct 28, 2020 12:06 PM
Author of bestselling 'Maid' takes on college in 'Class'
Oct 28, 2020 11:51 AM
Comments
We welcome your feedback and encourage you to share your thoughts. We ask that you be respectful of others and their points of view, refrain from personal attacks and stay on topic. To learn about our commenting policies and how we moderate, please read our Community Guidelines.