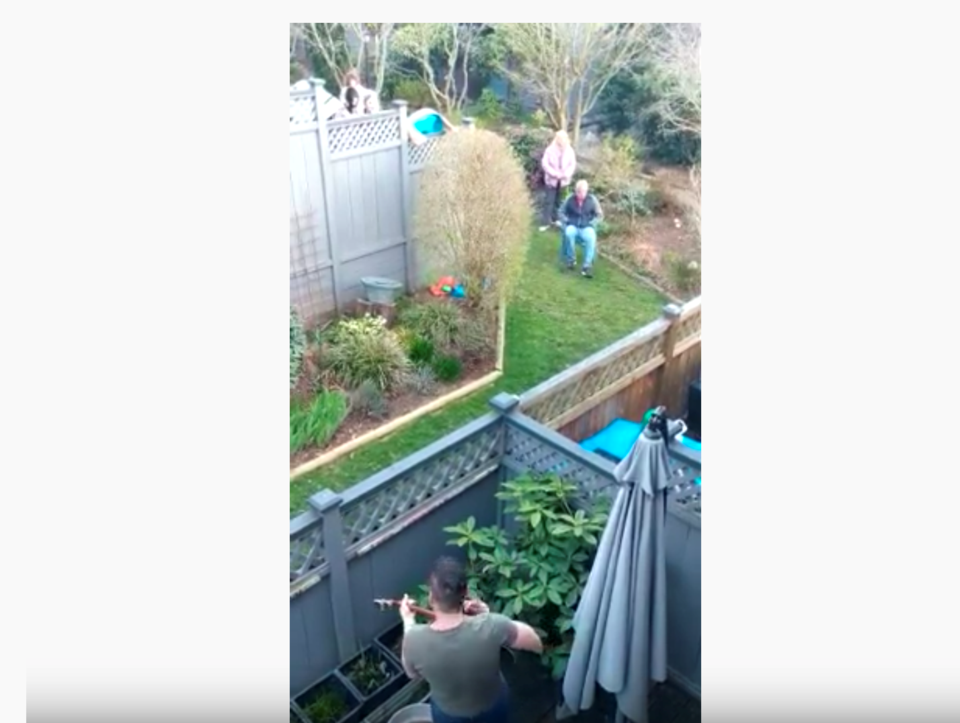 As musicians across the globe are homebound due to the ongoing COVID-19 pandemic, most performances have been postponed or pushed onto online platforms.

However, some lucky North Vancouver residents are being treated to live music from the comfort of their own backyards, thanks to a pair of neighbouring musicians who prove that fences don’t mean jam sessions have to stop.

A video posted to YouTube by a user named Carey Feehan on March 22 shows the neighbours performing Elton John’s "Crocodile Rock" - one playing a ukulele and another playing a keyboard on the other side of the fence - and more neighbours reaping the benefits nearby.

That video was followed up by a second post, “social distancing jam party #2,” this time on Reddit, featuring Jason Mraz’s "I’m Yours."

Social distancing jam party #2 in North Vancouver. Look for the good, people. It's everywhere. from r/vancouver