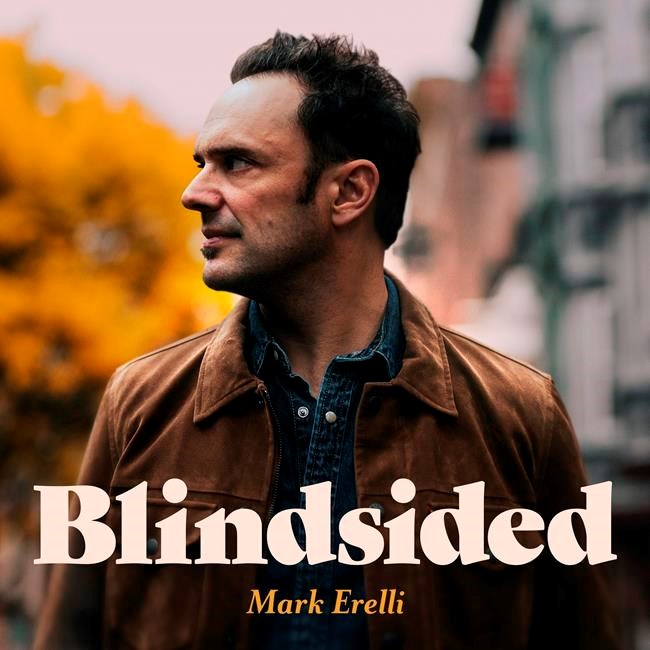 Americana singer-songwriter Mark Erelli has turned things up a notch.

Stepping further away from the gentle folk balladry he's known for, Erelli on “Blindsided" makes an unapologetic nod to the Tom Petty school of rock, and for the most part he succeeds. He shines brightest when he has a good hook, which happens frequently on this album.

Erelli fronts a first-rate ensemble that's built around the spirited guitar work of Sadler Vaden, who backs Jason Isbell as part of the Grammy-winning 400 Unit and has lately ventured out on his own. Erelli's band alternately rocks and lends majesty to his more introspective musings.

Erelli offers up his art with honesty and an earnestness that will surely earn him new followers. He's at his best on “The River Always Wins," which would be perfectly at home on a Petty album but rocks even if it's mildly derivative.

Erelli's songwriting can be too literal, and he sometimes lapses into clichés. On an otherwise interesting song called “Rose-Colored Rearview," for example, he muses about whether anyone but white men miss the good old days but damages the sentiment with a tired opening riff: “There was a time when we all watched the same screen, Springsteen was mainstream, everybody had a hungry heart."

Get it? References to Bruce Springsteen, evocative as they are, have been batted around pretty hard in recent years, and this one's more cloying than most.

But there is better material here. An elegant song called “The Western Veil" soars on the wings of jangly guitars, heartfelt vocals and soulful harmony lines, its lyrics unburdened by the trying-too-hard vibe.

Yep, that's the sweet spot right there. And there's enough of it to make this album matter.

By Scott Stroud, The Associated Press