“Tropic of Stupid,” by Tim Dorsey (William Morrow) “Tropic of Stupid,” the 24th novel in Tim Dorsey’s series featuring obsessive-compulsive psychopath Serge Storms, finds the anti-hero and his drugged out sidekick, Colman, zipping around their belove
Jan 25, 2021 6:58 AM By: Canadian Press 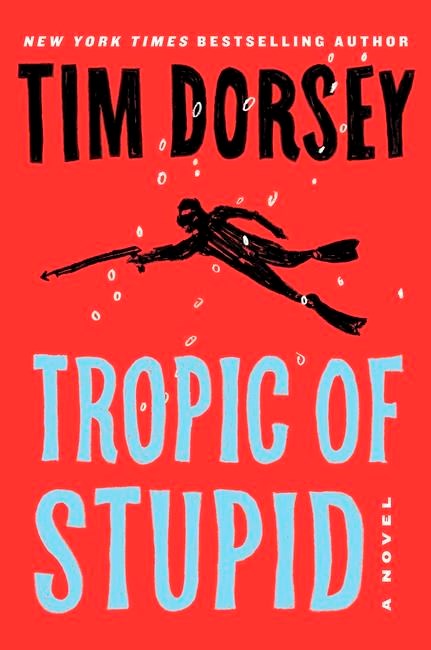 “Tropic of Stupid,” the 24th novel in Tim Dorsey’s series featuring obsessive-compulsive psychopath Serge Storms, finds the anti-hero and his drugged out sidekick, Colman, zipping around their beloved Florida in a borrowed sports car. As usual, they’ve got a kidnap victim whimpering in the trunk.

This time, Serge is obsessed with researching his family tree, binge-watching all 155 episodes of an old Lloyd Bridges TV show called “Sea Hunt,” and visiting every state park in the Sunshine State. Along the way, he rubs out a scam artist who’s been preying on the elderly, destroys the national ambitions of a crooked politician and discovers that he’s not the only active serial killer inhabiting his family tree.

Although Serge is a prolific killer, his victims are always creeps you might stab, set on fire or feed to sharks yourself if you weren’t squeamish about that sort of thing. The other homicidal maniac in the family prefers innocent victims, so Serge sets out hunt him down. This puts Serge in a competition of sorts with a Florida Department of Law Enforcement agent working the same case.

If this sounds all crazy to you, you’re right. Crazy is what Dorsey is all about.

Like each of his previous novels, “Tropic of Stupid” is a wacky celebration of violence, depravity and the weirdness of Florida. Think the Three Stooges meet Ted Bundy. This one isn’t quite as funny as “Naked Came the Florida Man” (2020) or his tour de force, “The Big Bamboo” (2009), but it does have its moments, and it is told in Dorsey’s customary manic prose style.

The book is apt to offend those who insist that drug use and murder are not fit subjects for , but it is sure to appeal to readers who think that Carl Hiaasen’s slapstick noir novels are too darned subtle.

Bruce DeSilva, winner of the Mystery Writers of America’s Edgar Award, is the author of the Mulligan crime novels including “The Dread Line.”