With 'Succession' shut down, Brian Cox takes on other roles

LONDON — “Succession” may be temporarily shut down, but star Brian Cox is still finding projects to keep him busy. Not that he's a fan of being an actor working from home. Cox recently filmed “Little Room,” a “whodunnit” for the Zoom age.
Jun 4, 2020 10:27 AM By: Canadian Press 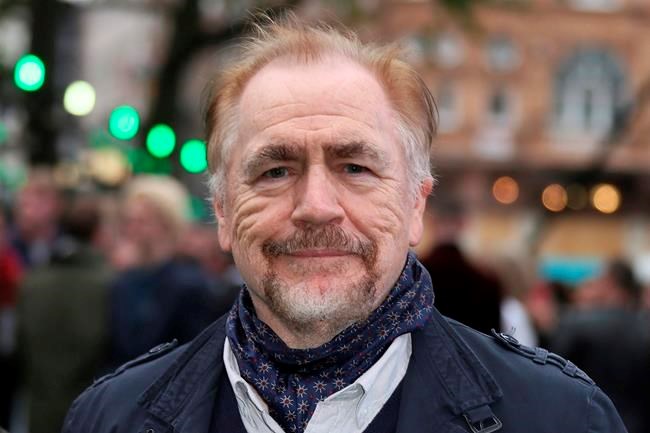 LONDON — “Succession” may be temporarily shut down, but star Brian Cox is still finding projects to keep him busy. Not that he's a fan of being an actor working from home.

Cox recently filmed “Little Room,” a “whodunnit” for the Zoom age. The story around a psychiatrist who goes missing and her patients connect online to try to track her down.

The actor said it took him four days to work out how to send his scenes to the filmmakers.

“My baptism of fire was downloading the takes that I had to then send and it was taking forever,” Cox said from his home in upstate New York. "I don’t know, it’s just a bit of a nightmare.”

Work on the third season of the HBO drama sensation “Succession” has been halted due to the coronavirus pandemic. Cox won a Golden Globe Award earlier this year for his role as media mogul and patriarch Logan Roy.

The joked that the accolade has opened more doors for him, with writers Jess Armstrong and Adam McKay now allowing him to read scripts well in advance of filming.

“I am normally not let in on it, because I’m just the actor,” he smiled, calling the show’s upcoming season “extraordinary.”

The Scottish actor is is spending lockdown with his wife and two teenage sons, which is giving him more time with his family. That's brought its own set of challenges, like policing screen time and trying to get his sons to do homework.

“I’m constantly, constantly having to be Dad. No, I’m not very good at being Dad. It’s not a role I really enjoy,” he said, smiling.

He also refers to homeschooling as a “nightmare,” adding “in fairness to them, they find it difficult as well.”

Cox, 73, keeps up on events in his homeland and bristled at Prime Minister Boris Johnson, who wrote a book on Winston Churchill and considers the wartime prime minister his hero.

“He hasn’t got any of Churchill’s depth or vision or anything,” Cox said. The actor played Churchill in the 2017 movie of the same name.

The first episode of “Little Room” is available to stream online at www.pinpointpresents.com, and viewers will be asked to donate what they can afford. The proceeds will go directly to film and TV charities in the U.K. and the U.S.