5 Things You Didn't Know About the Lions Gate Bridge

Each week we’ll uncover some unusual and (hopefully) interesting facts about the city. This week we take on the Lions Gate Bridge.

1. People rallied against the idea of a new bridge 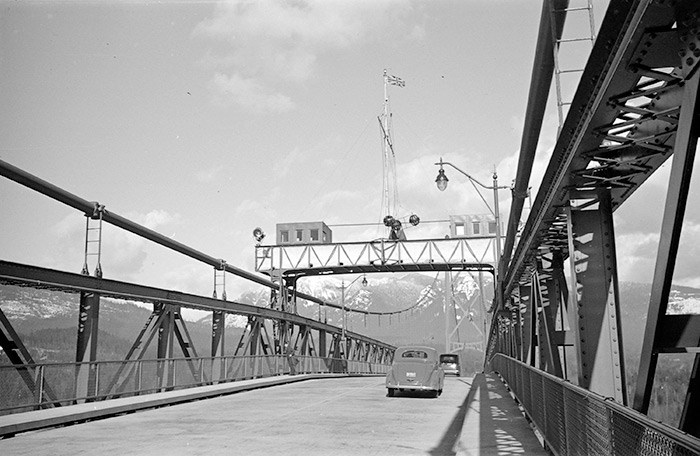 The decision to construct was actually put to the electorate of Vancouver in 1927 and was initially defeated. Citizens were concerned that the new bridge would damage or ruin Stanley Park, cause problems for the busy seaport or take away too much toll revenue from the Second Narrows Bridge. Later in 1933, cooler heads prevailed and the city moved forward, finally providing an efficient connection between the North Shore and the city’s downtown core. Construction began on March 31, 1937 and the bridge officially opened on November 14, 1938. 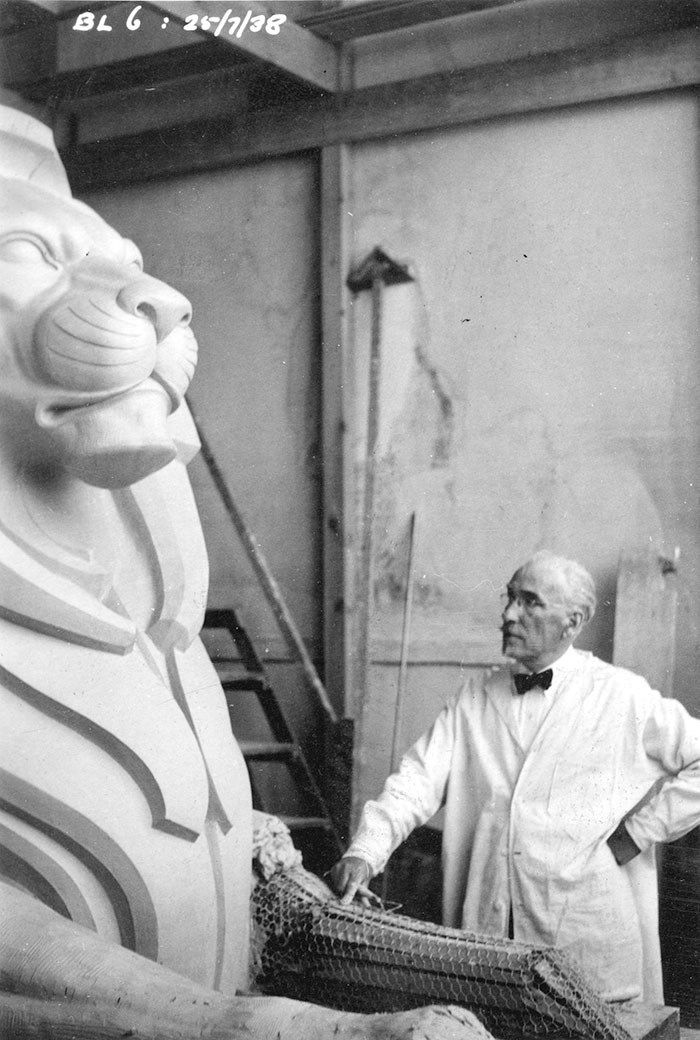 Originally from Lucinico, Marega and his wife Bertha decided to settle in Vancouver because the North Shore Mountains reminded them of Bertha’s native Switzerland. While the lions may be Marega’s most celebrated work, his sculptures can be found all over the city. His work includes the Joe Fortes memorial fountain in English Bay, the President Warren Harding Memorial in Stanley Park and the Stanley Park promenade; the concrete pedestrian bridge that extends from the sidewalk between the Stanley Park Causeway and the seawall in Coal Harbour.

3. The bridge wouldn’t have been possible without Guinness 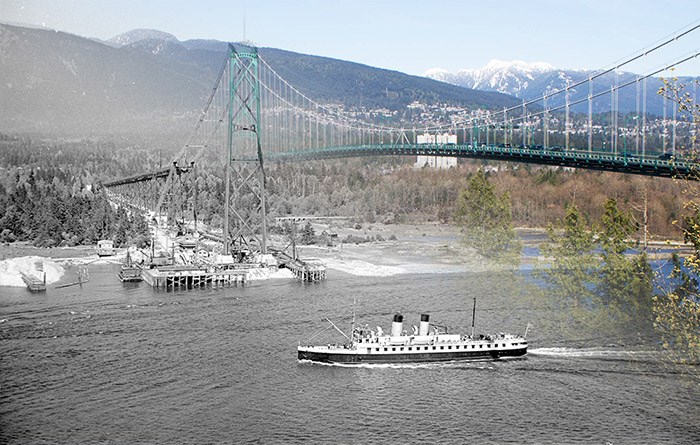 Yes the stout, but also the family. Alfred James Towle Taylor owned the provincial franchise to build the bridge, but did not have the funds to purchase the necessary land in North Vancouver and West Vancouver. He was able to convince the Guinness family to invest in the land, resulting in their purchase of approximately 4,700 acres of West Vancouver mountainside. The Guinness family owned the bridge until January 20, 1955, when sold the bridge to the province for $5,959,060.

4. The bridge’s distinct lighting was a gift

Despite no longer owning the bridge, the Guinness family donated the Lions Gate a new set of lights as a gift for Expo '86. The lights transformed the bridge into a distinct landmark, but also cost the city tons in energy bills and maintenance. In July 2009, the bridge's lighting system was updated with new LED lights, which reduced power consumption by 90%, saving the province about $30,000 a year in energy costs.

5. The city almost replaced the bridge in the 1990s 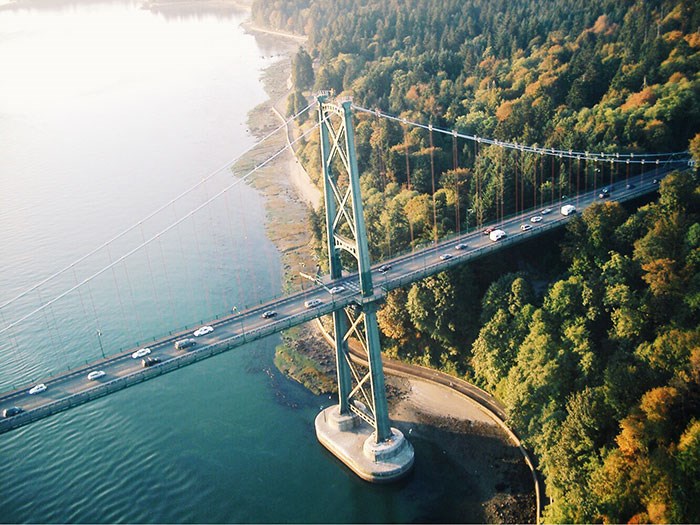 By the 1990s, the bridge needed significant upgrades or to be replaced entirely. Among the proposed solutions were building a new bridge besides the original Lions Gate, building an underground tunnel, or making the Lions Gate a double decker bridge. However, due to the city’s unwillingness to spend major amount of money and concerns over increasing the amount of traffic into the downtown core, the city decided to make basic upgrades rather than adding additional lanes.

The Lions Gate used to be a toll bridge: a toll of 25 cents was charged for each car that used the bridge until the toll was removed on April1, 1963. 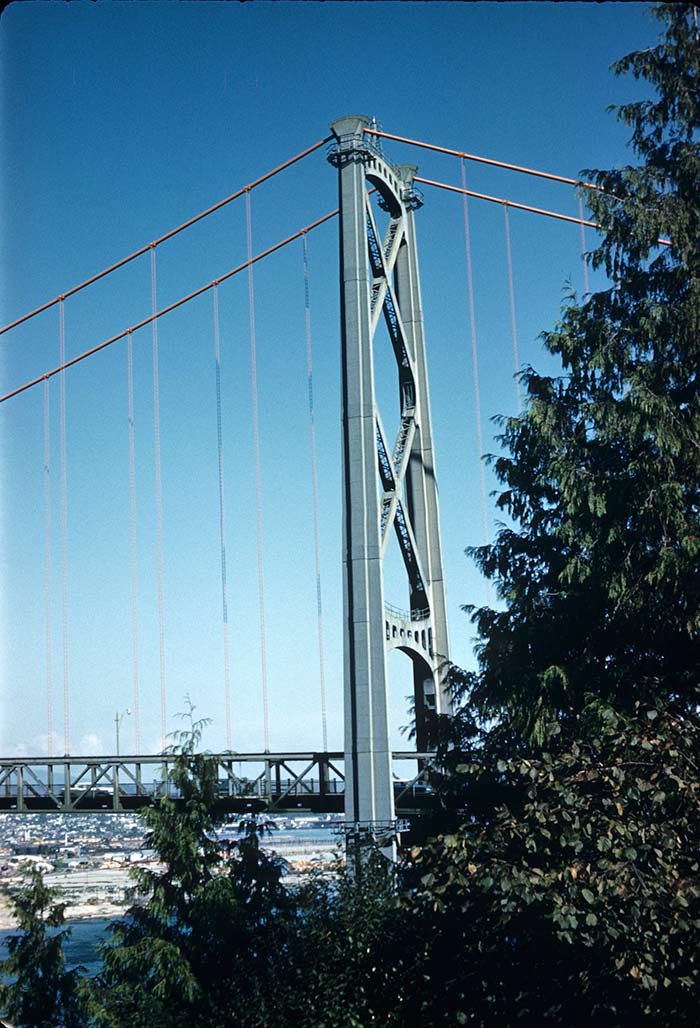