Terry Fox’s Marathon of Hope continues to be held across the country in his honour to raise money for cancer research. The 36th annual Marathon of Hope is being held Sept. 18th in Vancouver.
Aug 30, 2016 11:46 AM By: V.I.A. 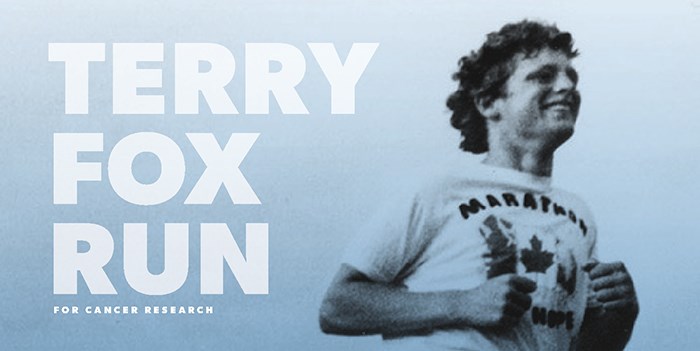 The Marathon of Hope took place in 1980 with the simple objective of informing Canadians of the importance of finding a cure for cancer. With fierce determination, Terry Fox ran an average of 42 kilometres a day for 143 days. His journey was so much showcased of how one person could truly make a difference in the world and even though Terry never made it to the finish line, his story went touched millions. Here are the top 5 ways in which Terry Fox continues to inspire us today. Get inspired, then get running on September 18th! 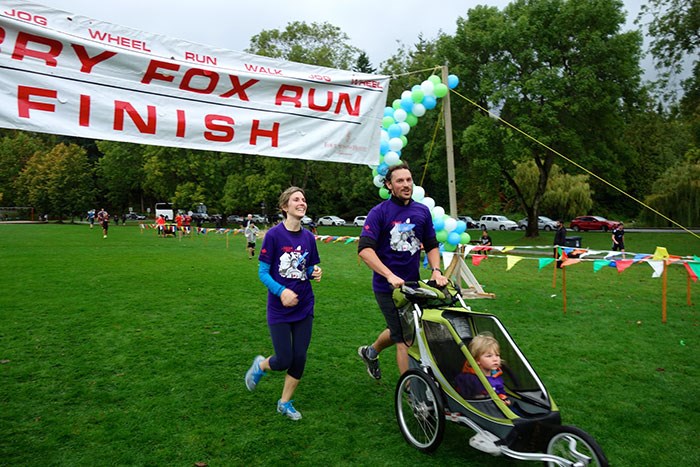 Terry was diagnosed with bone cancer in his right leg in 1977 and had his leg amputated 6 inches above the knee. While in the hospital to receive treatment, he was greatly affected by the challenges he witnessed other cancer patients having. So moved by this in fact, he decided to run across the country, asking all Canadians to donate just $1 to the cause.

Terry’s trek caused him extreme pain and put pressure on both his natural and amputated leg. He fought through bruises, blisters and what he called a ‘pain threshold’ where once he was running for 20 minutes, he learned to adapt, accept and push through the pain.

During Terry's inaugural Marathon of Hope, he ran an average of 42 kilometres (26 miles) every day for 143 days. To put that into perspective, that’s a marathon a DAY, or the equivalent of running from metro Vancouver to Surrey! 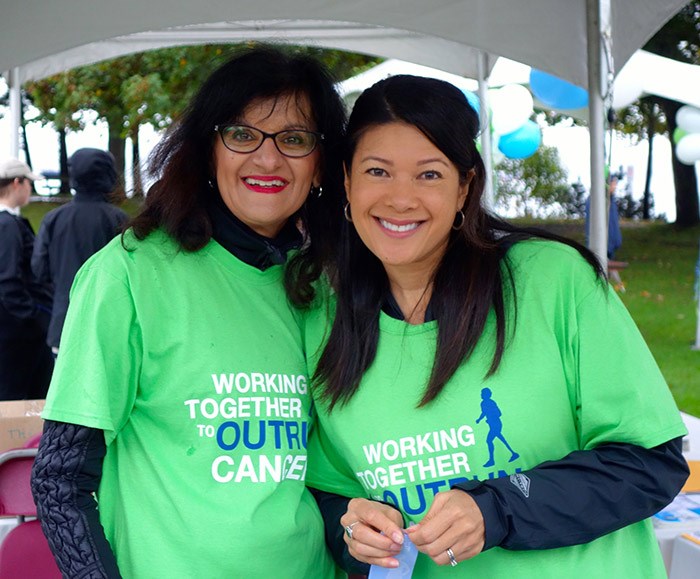 How can you not be moved by someone so kind and courageous? Terry’s positive attitude, altruism and big smile live on to this day. Participating in a Terry Fox run is not only for a great cause but also is a great way to remember and pay tribute to his spirit. 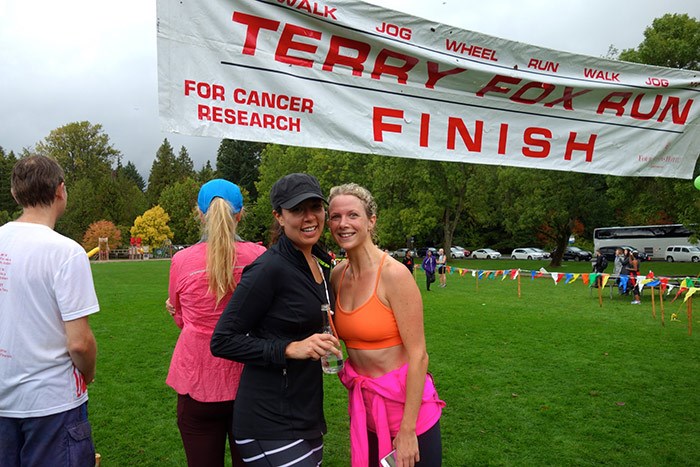 Today, the Terry Fox Foundation continues to raise millions for cancer research. The Terry Fox Foundation is responsible for supporting close to $20 million in discovery-based research each year in Canada. Since Terry began his 5,373-km run in St. John’s, Newfoundland, more than $700-million has been raised in his name for cancer research. This money has been used to fund the most promising and innovative research in Canada over the last 35 years.

The annual Terry Fox Marathon of Hope is being held Sept. 18th, 2016 in Vancouver and nationwide. For more info or to find the run nearest to you, go HERE. 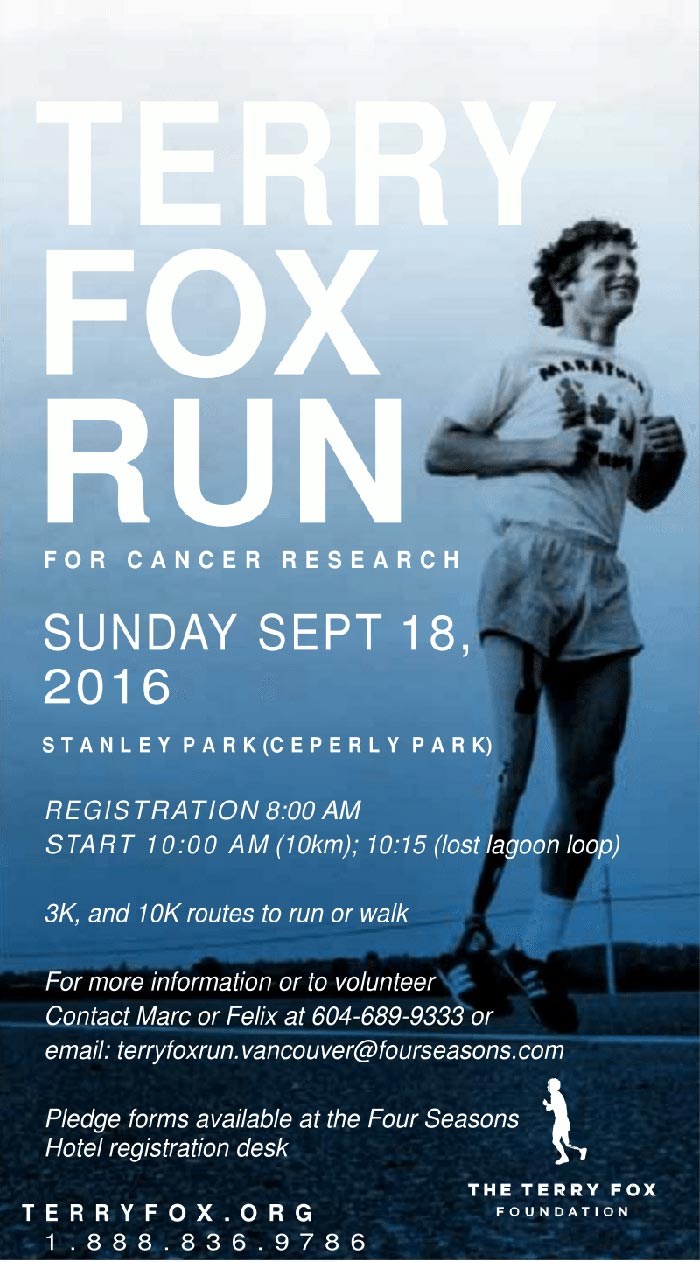