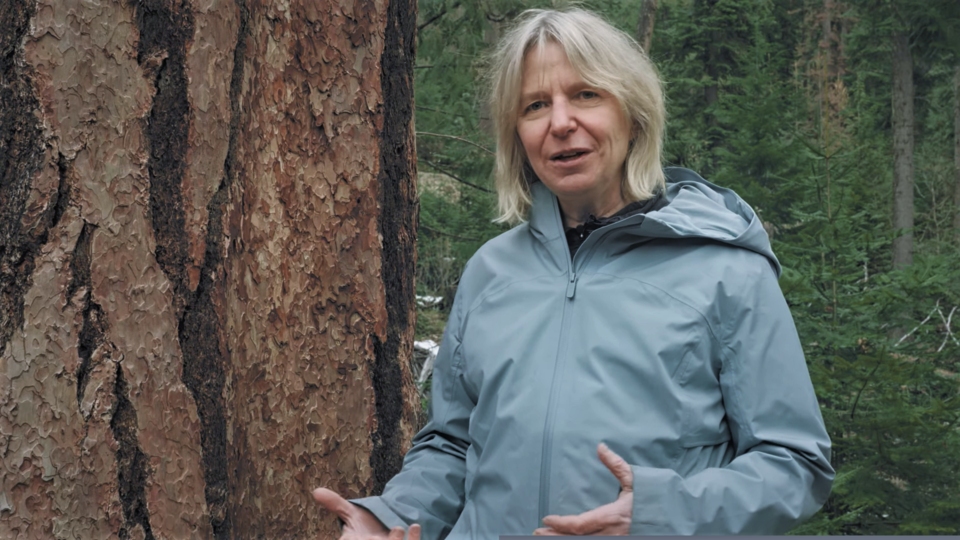 Suzanne Simard's memoir, which was released last week, has already been picked up by a pair of film production companies.The Mother Tree Movement / YouTube

A couple of Hollywood A-listers have plans to make a film based on the memoir of Suzanne Simard.

The University of British Columbia professor is famous for her work on trees and the development of the Mother Tree idea; her research has shown how trees communicate and help each other in forests. Her much-anticipated memoir Finding the Mother Tree was released last week, followed shortly by the announcement the book will be made into a film.

Bond Group Entertainment, co-founded by Amy Adams, and Nine Stories, co-founded by Jake Gyllenhaal, are partnering on the project. Adams is set to star.

"Finding the Mother Tree is not only a deeply beautiful memoir about one woman’s impactful life, it’s also a call to action to protect, understand and connect with the natural world," reads a statement from Adams and business partner Stacy O'Neil on Instagram.

Simard's work has been revolutionary in forestry sciences and brought her into the public eye. Her TED talk has almost 1.7 million views on YouTube and a major character in the Pulitzer winning The Overstory was based on her. Her work also influenced ideas in pop culture, like the tree in the film Avatar.

Her research has created a broader effort to understand how plants in forests interact, communicate and help each other. Her memoir is currently the best seller on Amazon in the Nature Conservation category, third in the broad science and math category and 38 overall. It's also received critical acclaim.

These incredible, historic photos from the Klondike Gold Rush were recently gifted to UBC
May 7, 2021 4:07 PM

UBC researchers figured out a new way to predict if a newborn is at risk of developing allergies
May 1, 2021 6:32 PM
Comments