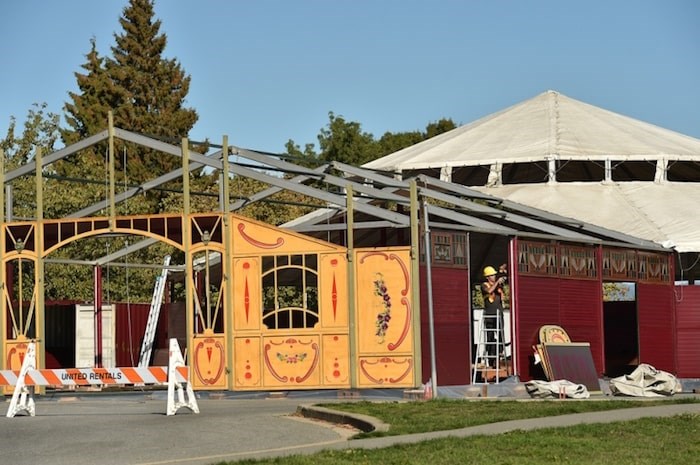 The Riley Park South Cambie (RPSC) Community Visions Steering Committee said residents weren’t consulted before the Vancouver Park Board approved the Bacio Rosso event in 2017. Now committee members are worried about potential noise and parking problems in the neighbourhood. They also question the event’s appropriateness for a park setting.

The three-hour show will run five nights a week until March 10, followed by a two-week tear down. Depending on how the market responds, the organizer is able to shorten the production in year one, to the end of January, which has happened in other markets. If the show proves popular and the organizer wants to hold it in future years, it would come back to the board for approval. 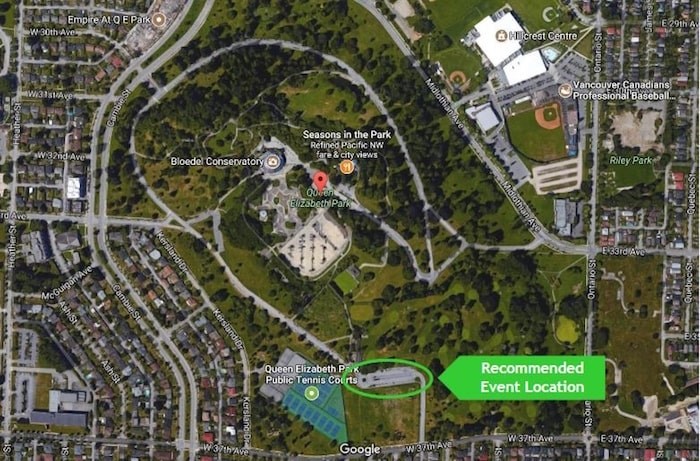 The event is taking place at the south parking lot in Queen Elizabeth Park.

Performances take place inside an antique magic mirror tent called a Spiegeltent, which seats about 300 people.

“Gourmet cirque cabaret” was first introduced to North America by the German company Pomp Duck and Circumstance in New York in 1995. The following year it expanded to Atlanta. A permanent show, Teatro ZinZanni, has been running in Seattle since 1998.

But Allan Buium, chair of the RPSC community visions committee, said its members weren’t aware the cabaret was happening until some residents in homes neighbouring the park received event notices in their mail boxes this September.

Buium sent a letter to the park board outlining the committee’s concerns, including those about the lack of consultation and possible noise pollution and parking problems.

“If public consultation had occurred, more appropriate sites would have been recommended and a public park would not have been compromised for a source of revenue,” he wrote.

Buium said by approving the event without consultation, the park board acted in isolation of other city departments, such as ones dealing with traffic, and it failed to get feedback from the “community’s watchdog” — the RPSC.

Buium also cited concerns about poor transit service to the show and its distance from the Canada Line. He said it’s unlikely people will cycle to the event during the rainy winter season. A lack of utilities at the site means generators must be used, he added, while he also questioned whether the noise and light will negatively affect birds in the park. 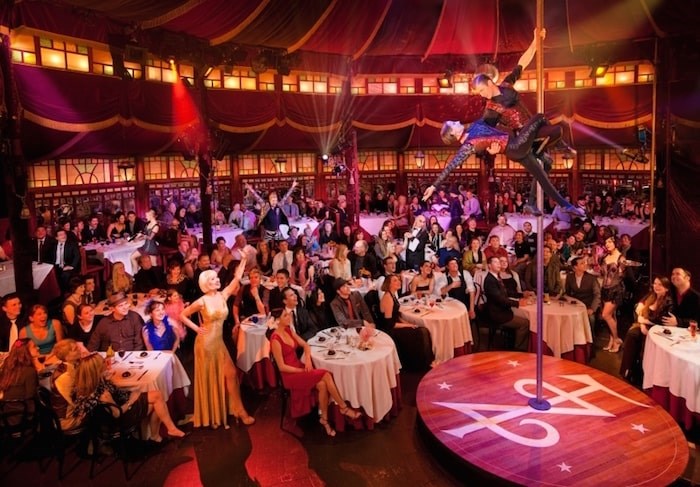 It's not the first time an activity or event has taken place in the park or has been proposed for the park. In 2015, a zipline was set up with the Vancouver Park Board sharing some of the profits with the operator. In 2007, there was a proposal to build a 60-metre observation tower in QE Park, but that idea was eventually rejected.

Buium isn't convinced the park board should entertain such ideas.

“Why does the Park Board continue to seek revenue generating projects at QE Park? Is this to be a major objective for QE Park’s future?” he asked in the letter. “There are other ways and places to generate revenue for our parks but there must be the political will to seek alternatives.”

He cited comments in 2017 by the Green Party’s Stuart Mackinnon, the only park board commissioner to vote against staging the cabaret show in he park, in which Mackinnon raised concerns about the commercialization of public spaces.

Octavio Silva, the park board’s manager of business development, told the Courier that each year 600 to 700 events are permitted in parks and beaches but the VPB doesn’t have the capacity to consult with the public for each one. Silva said staff consider noise, light and traffic impacts when assessing potential events.

He called the Bacio Rosso cabaret a “smaller scale” event.

“If it had been a large event, we wouldn’t have placed it in that location,” Silva said.

Guests will be directed to come into the event through the park and also to park their vehicles in the park. The primary entry point will be at Cambie and 33rd.

One hundred vehicles can be accommodated in free parking immediately adjacent to the event site. Additional parking is also available on the plaza and on Park Drive north of 33rd.

Silva said the VPB and the organizer don’t expect there to be many more than 100 vehicles because people will likely travel in groups of two to four, and some will take taxis or transit.

“We’d like to reassure residents we’ve given it some careful consideration to ensure that we structured the event in a way that pushes the majority of the activity into the park itself,” he said. “For those residents that are on the south side of 37th, we are putting in no event parking signs on the event days.”

As for noise concerns, Silva said the impact is expected to be minimal — 45 decibels or less based on meter readings at similar event locations.

The park board’s revenue-sharing formula with the organizer is considered commercially sensitive, but Silva said most such agreements include a fixed or guaranteed component as well as “participatory rent.”

“The better they do, they better we do,” he said, adding, “All that revenue goes back into the delivery of park and recreation services here in Vancouver.”

The park board also says the event produces other benefits such as collaboration with and support for local musicians, artists and culinary companies, and that it will enhance “visibility and visitation” for the event site.

The event producer will offer community youth circus camp programs in the future to introduce children and youth to the “art of cirque.” The circus camps would be conducted during daytime hours in the Spiegeltent, with the potential to expand to other park board locations.

— with files from Jessica Kerr