Lauren Spencer-Smith was at home in Nanaimo on Tuesday, days after learning she would not go forward as a contestant with American Idol.
May 6, 2020 2:33 PM By: Mike Devlin 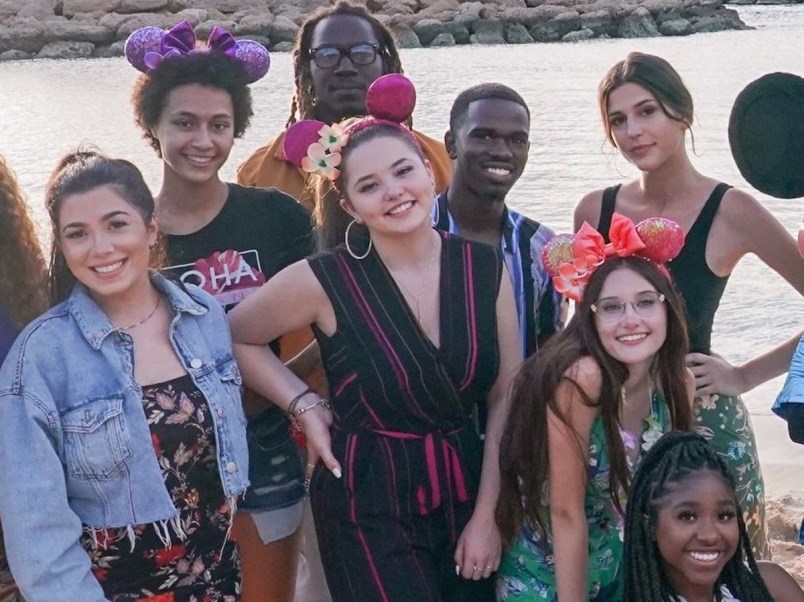 Nanaimo singer Lauren Spencer-Smith (centre in black dress) joined her fellow contestants in the Top 20 when American Idol taped from the Aulani Resort and Spa in Hawaii in January for an April 5 broadcast. Spencer-Smith, 16, was voted off the ABC reality show Sunday night. Photo courtesy ABC

Lauren Spencer-Smith was at home in Nanaimo on Tuesday, days after learning she would not go forward as a contestant with American Idol.

The big-voiced Dover Bay Secondary School student hardly sounded dejected, despite landing outside the Top 11 during the show’s Sunday episode. Spencer-Smith enjoyed an unprecedented run on the highly rated ABC reality series and joined a very small group of former contestants who advanced to the Top 20 at just 16 years old.

She is also the first Canadian contestant to make it that deep into the competition, which has been on air since 2002. “I’m super happy with how far I got,” Spencer-Smith told the Times Colonist.

Her journey began in November when she sang for judges Lionel Richie, Katy Perry and Luke Bryan at a regional audition in Sunriver, Oregon. It was revealed during that episode, which aired March 1, that Spencer-Smith was going to Hollywood Week — a huge accomplishment for the young Island resident, who was picked from many thousands of hopefuls. She was flown to Los Angeles for tapings in early December, and from a pool of 167 contestants eventually made it to the Top 40 and another round of tapings in January at the Aulani Resort and Spa in Hawaii.

Spencer-Smith eventually wowed judges with a boisterous version of Aretha Franklin’s Respect that put her into the Top 20. Though she was voted off the ABC reality show on Sunday night, Spencer-Smith captured the hearts of viewers while on American Idol. In a fan poll posted on tvline.com shortly after her ouster, Spencer-Smith was voted the artist who should still be on the show.

“Everyone was so behind me, and it was cool that being from Canada I could perhaps inspire young Canadians to do this,” she said.

Her magical journey hit a real-life speedbump when COVID-19 came into existence and the show moved from its typical studio set-up to its current online format. Spencer-Smith and her father (who chaperoned the singer during the California trip) were self-quarantined at his home in Port Alberni once they returned. Due to the gap between when episodes are taped and when they air, it was from his balcony on Sproat Lake that she performed Jessie J’s Mamma Knows Best in a taped segment on Sunday.

The judges were overwhelming in their praise for Spencer-Smith, even during the remote broadcast. “You’re growing during a quarantine,” Perry said. “You somehow have figured out how to continue to grow as a star. That’s really impressive.”

That feedback — not to mention her 420,00 followers on Facebook and 146,000 followers on Instagram — is what Spencer-Smith will take with her as she continues her career in the months ahead. “When they’d say something like: ‘Continue doing that and you’re going to go far,’ I made sure I was focusing on those things. Anything positive they have said, I will continue to work on those things and better those things every day.”

She became close with several contestants through the process, and remains in contact with Makayla Phillips, who is still on the show as a finalist. Spencer-Smith said her new friends should expect to hear from her in the months ahead.

“I want to live in L.A. so bad,” she said with a laugh. “I’m waiting to get on a plane and move. I’ve met through American Idol so many people who also live in L.A. that I’m super good friends with, so the second COVID-19 is over I’m going to stay in their guest rooms for months.”