Juno-award winning, multi-platinum selling punk rawk songstress Bif Naked is one of Vancouver's most visibly and audibly awesome residents. She was kind enough to take some time out of her busy schedule for some total girl-chat time at local haunt Elysian Coffee on a sunny summer morning.

Ever the rebel, the openly engaging Bif swigged lemonade while staying real about the the life that she loves - from music to her four-legged fur children and from meeting her husband at a gym to her own personal experience with cancer - in the city we call home. 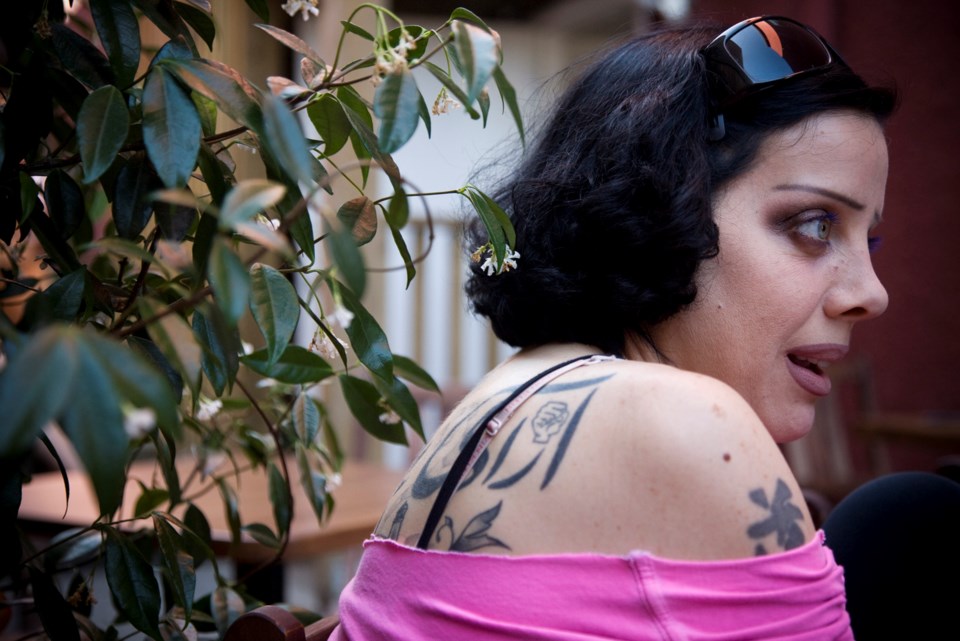 Are you familiar with Vancouver is Awesome?

I am! I really liked the piece on Bob Rennie, the realtor – that was amazing, I didn't know about that. For me it was fascinating.

I think he has the largest art collection in Canada.

I would never have known that. I never would've read that anywhere. It makes me want to go and see it having read that.

I think that people don't realize how artistic and creative Vancouver is. It's a weird city. A lot of people who are artistic people – maybe they've traveled or they have some experience in the arts on some level with other cities so they compare Vancouver. And a lot of people that I know come here to Vancouver and they say, (taking on a haughty tone) “Vancouver has no theatre. Toronto has all the theatre.” There always seems to be a comparison. I always think Vancouver is a more creative town. I'm talking big things, Donny Deutsch level things: AdBusters is from here, Hobo magazine (which I was in love with) is from here, Lululemon, TNA, Nicole Bridger, Fluevog ... we're just so many things. I don't think that people really stop and think about how much Vancouver just creatively has contributed.

We don't tend to celebrate enough of the good things.

It's a very funny little society. It's very conservative and as my little sister puts it – it's “skinny.”

My sister came here and she looked at me and she said, “Honey, you live here and everyone is scrawny. It's not normal. It's not a normal cross-section of society. I would feel self-conscious to be here.” I have had a lot of people say that to me. I guess that's how we feel about L.A. It's the same thing for a lot of other people.

Vancouver demographically is very different than a lot of other cities, but I just can't imagine living anywhere else. 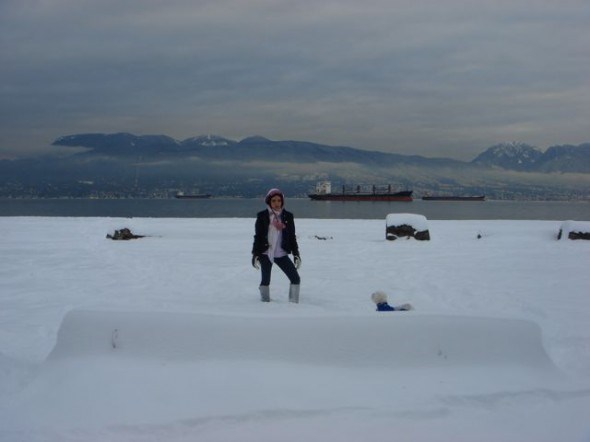 When did you move here?

In 1991 with my band Gorilla Gorilla from Winnipeg. We flipped a coin and that was it.

What was the first neighbourhood you lived in?

We lived at Rupert and 22nd St. in a big house that we all shared and rented. We would skateboard all the way down to Rupert where we would catch the bus on Broadway to get to work. I worked at the printing shop of the Real Estate Board called RK Printing. That was the last day job I had.

What other hoods have you called home?

I have lived in a lot of places. I lived at Cotton and 1st in the Commercial Drive area. I lived at 1th and Granville, years ago ...

I thought that was you! I used to live at Birch and Alder, behind the Denny's.

The old Aristocratic used to be on the corner...

That's where I met one of my best friends!

What neighbourhoods have you liked living in?

Right now I am beside C Restaurant, which is great.

I've never lived in Gastown although I recently looked at property there. If you have a lot of money, you can make anywhere work. Real estate right now is very daunting acquisition. I don't think – even though I'm really fortunate to have been able to basically, through performing, pay my rent all those years – eventually it enabled me to buy a place. In the early part of this decade I bought my first apartment downtown off Robson. I was very lucky to have been able to do that. But I don't think I'll ever be able to have a house. I can't even imagine what I imagine would be something like any of us grew up in is like, what... three million bucks? I am not prepared to do that. It's just not something I'm prepared to spend my money on. 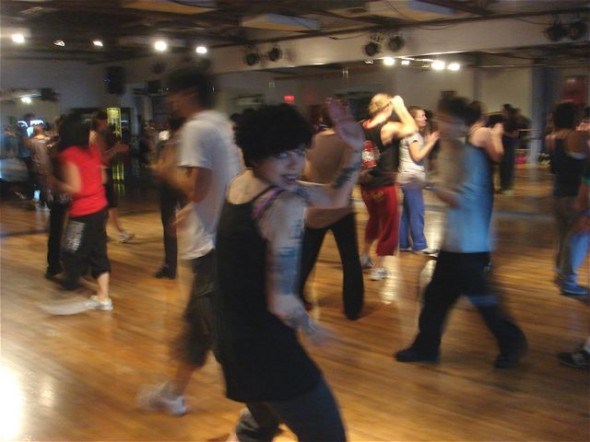 So you're not moving out to the suburbs anytime soon?

If I wanted to have a place that had a yard I would have to, because I don't really feel like spending that kind of money on property. It's not a priority for me. I feel like my life is very different sharing it with someone. We have different perspectives. I would be happy to live with a tatami mat on the floor of an Indian ashram, but my husband would like a Maseratti. That's very different. And that will never change. So finding a balance has been very interesting for me, and likely for Mr Walker as well. If we do find a compromise we will eventually find a place that is a little bigger.

You're describing hoods that are all very insular and encourage walking. Do you involve yourself with your neighbourhood?

I love my neighbourhood! Choices, which is family-owned, is local. I shop there for my produce a lot. I go between there and Capers. 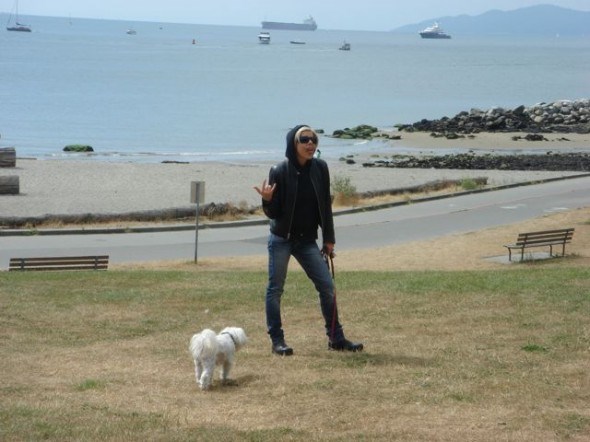 Bif and her fur child in the West End.

Are you a vegan?

I had been, for a very long time. And without ever intending to or knowing it I was a fruitarian for five years, on tour. All that basically means that is when we were stuck in Eastern Europe all that I was willing to eat was bananas, tomatoes and cucumbers which are large all fruits. Thus, the label.

Where do you go out to eat with friends?

Last night I went to The Naam. Which I have to not do all that often because when I go there I overeat. I am quite well known by their staff and when I go there I will have three Naam salads – one as my appetizer and two for my dinner. Like, large. Every time.

Yup. Three Naam salads – large. Dressing on the side, or just a lemon.

Wheat and bread gave me a stomach ache so I just stopped eating it in my 20s. I ate a bit of rice but that fell by the wayside from traveling, quite by accident. Suddenly someone pointed out to me, “You're a raw foodist!” and then I went, “OK, I guess I am.” It's just how I ate because I got stomach aches. It was all about my stomach, nothing else. I was already straight-edge and just exploring the sociopolitical aspects of that. The diet just seemed like a good fit for me.

You were born in India and lived there for a certain amount of time. Do you feel a connection to that part of yourself?

Because we were raised in a multicultural home – my older sister is East Indian – my parents really kept it alive with Hindi spoken in the home (although us kids can't speak it). My parents, they're nice academic kids from the States from Minnesota and South Dakota. My father speaks Hindi, Japanese, Punjabi. It wasn't like it was the first language -they just happened to speak it. They happened to implement key phrases.

Do you venture into the Indian neighbourhoods?

If you don't really eat out a lot you can't really weigh in, but there's a debate raging on Vancouver is Awesome – All India vs. The Himalaya.

All I can base it on is what other people have told me.

My band has always been meat-eaters. My husband is Bacon Boy, plus he's a body builder. The amount of meat that Ian consumes in a given week could feed a village. I always say that Ian was brought into my world to teach me non-judgment. For years I was on a tour bus with a bunch of guys that were smoking pot and drinking – I never did it. How could I possibly tell them how to live their life and tell them they can't do something around me? It was never a part of me. I could never do that with Ian... 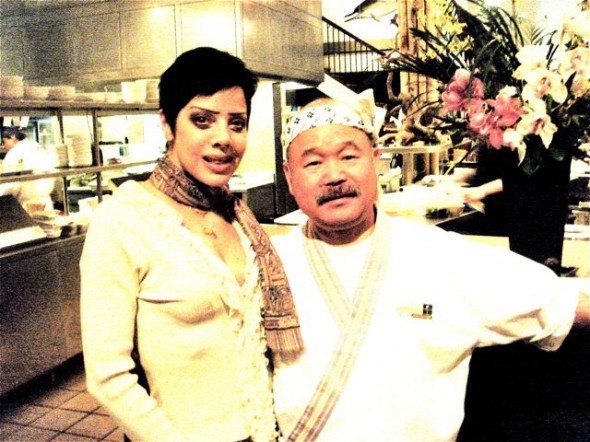 Did I mention this was a super-long girl chat of epic proportions?! Well, it was. We talked ... a lot. Part two is up on Friday.