'Bones of the Coast' from Cloudscape Comics

'Bones of the Coast' from Vancouver's own Cloudscape Comics is not only a comic book for people who are super keen on the genre, but also for those who didn't know they were.
Apr 10, 2017 9:40 AM By: Bob Kronbauer

'Bones of the Coast' from Vancouver's own Cloudscape Comics is not only a comic book for people who are super keen on the genre, but also for those who didn't know they were. I haven't bought a graphic novel for years and when I opened it up I thought I might just skim through but wound up being completely engaged from cover to cover, partly due to the great writing and eclectic styles of more than 20 artists, but because it really screams "British Columbia". From the Skytrain to BC Ferries to logging roads and the Sea to Sky Highway, the settings are all familiar. The subject matter as well; invasive species, camping, Japanese internment during WWII and more. It's all wrapped into a horror theme so these somewhat inert subjects (aside from internment, which was actual horror), creating worlds that we haven't entirely inhabited but are still close to. 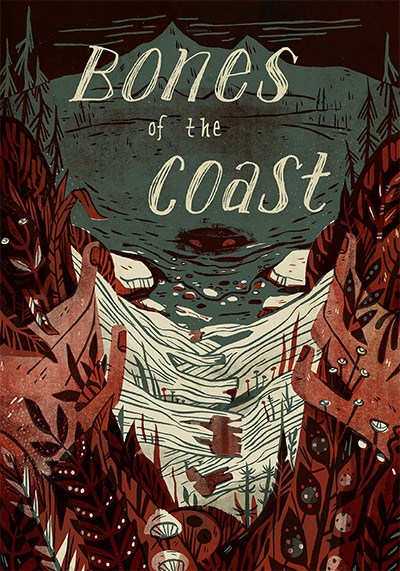 It's freaky, it's entertaining, it's beautiful, and it's also a non-profit endeavour. Back in July we urged you to support Cloudscape's Kickstarter campaign where the goal was to raise $29,200 to produce this thing. They raised a whopping $48,438, and managed to pay the contributors much more than they had anticipated. The mission of Cloudscape, a coalition of indie comic artists in Metro Vancouver, is to develop "meaningful community amongst all people who like, love, read, draw, write, edit, letter, ink, and create comics". Mission accomplished with Bones of the Coast.

Below are a number of spreads from it, to give an example of the diverse styles and subjects. Buy a digital copy HERE or a physical copy HERE. 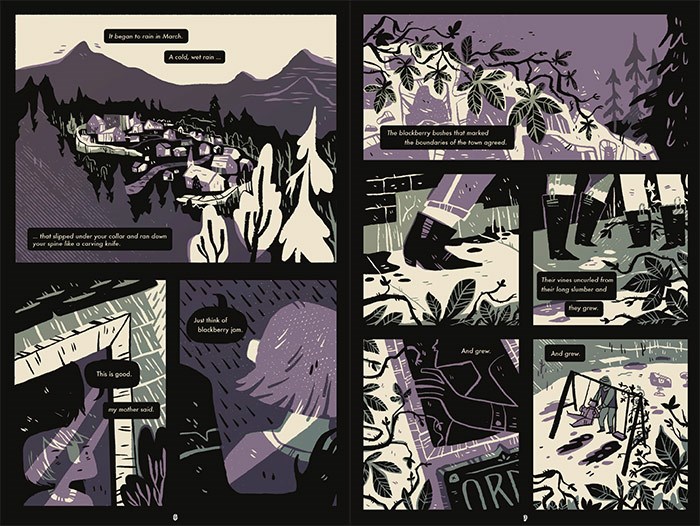 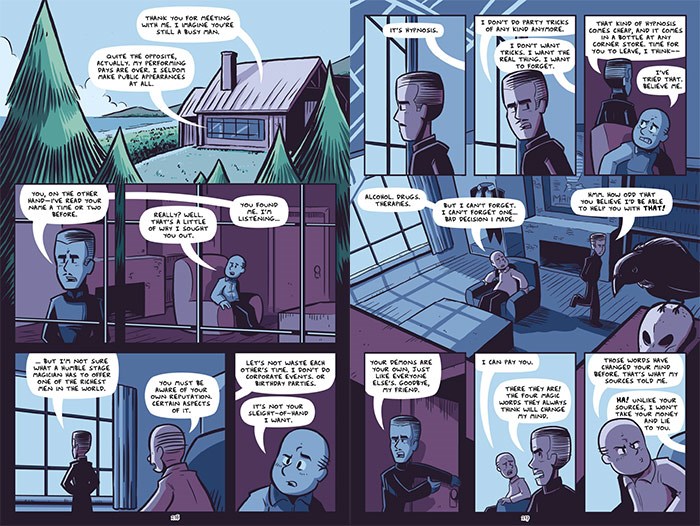 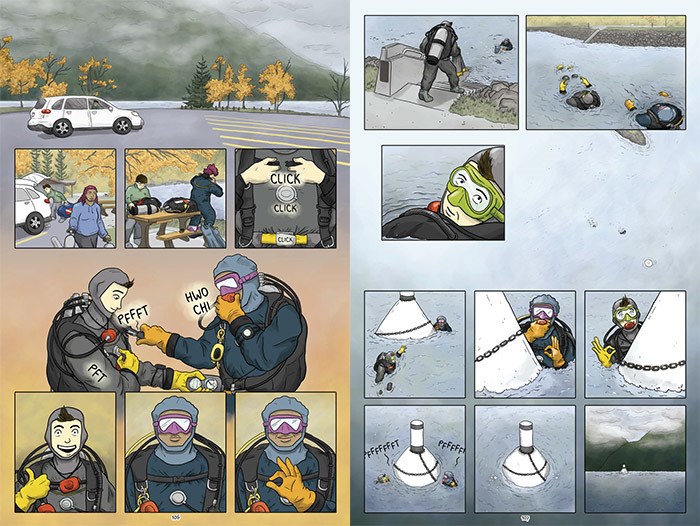 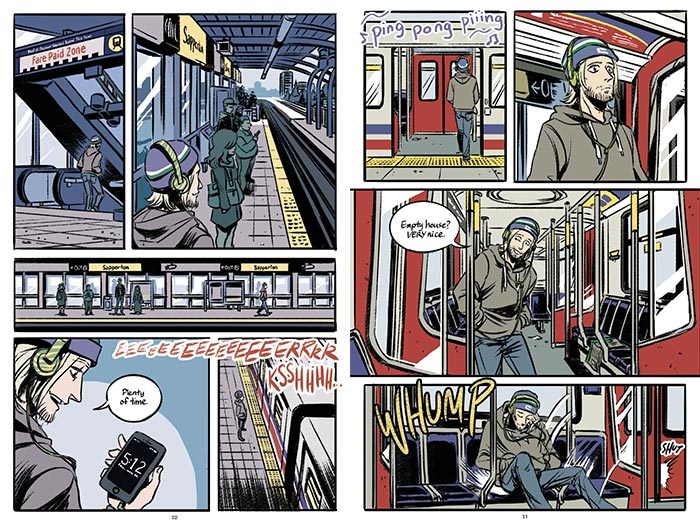