There is no better person to kick this new series off with than Scott Hawthorn , a fellow who wears a great many creative and entrepreneurial hats.
0
Jan 11, 2011 10:00 AM By: May Globus 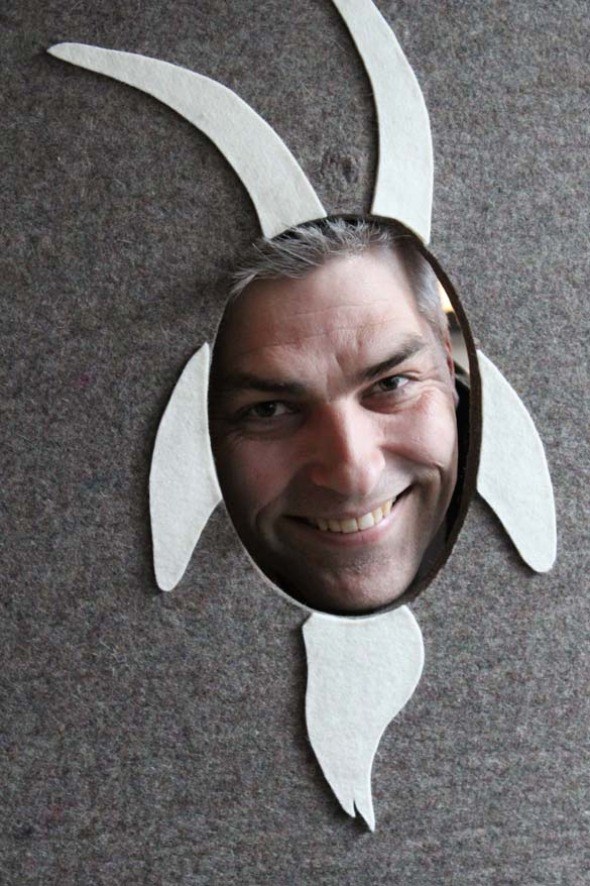 There is no better person to kick this new series off with than Scott Hawthorn, a fellow who wears a great many creative and entrepreneurial hats. He has been a key player in keeping the local restaurant and food (as co-owner of Salt Tasting Room, Judas Goat and Alfresco outdoor guerilla dining), fashion (as co-owner of Native Shoes) and art (as founder of Parking Spot) scenes alive and, of course, awesome. Where did you grow up, and where in Vancouver are you living now?

I was born in Yellowknife and grew up all over BC in small mining towns. I lived in Philippines for three years in the early '70s, down south from Manila. I was actually in Manila with Damian from Native Shoes [last year], which is the first time I've been back since 1975.

I moved to North Van in 1981, went to high school and SFU for university, graduating in 1991. Then I went to Japan for 10 years and got involved in investment banking over there. I did a stint in Singapore for a year and came back to Vancouver in 2001. I decided to do a bunch of stuff here.

I've always like Gastown, so I bought a couple of buildings and developed them. Out of that, I put a unit in [a] back alley—I didn't know what I was going to do with it at the time—but it later became Salt, when I met Sean [Heather]. That's how that came about, though I don't really have a restauranteur background. And I've always been interested in architecture and design, too.

Hence your friendship with one of our previous V.I.A. interviewees, Michael Green of mgb.

Yes. Being in Japan at a French bank exposed me to a fair amount of things, and it was a great time in my life, being inside of Tokyo.

What brought you back here?

My family is still here, plus it felt like the right place to be. I had been in Japan for 10 years and was burnt out the last couple of years, so I wanted to reboot for awhile.

You're a busy man, with your restaurants and shoe brand and everything else, too.

Yes. I tend to partner up with people that have different skill sets than I do and try to do things that are personally of interest to me. Lately it's been challenging, because they're all doing quite well, but it's also a nice problem to have, I guess!

How did Parking Spot come about?

I had been involved in a few buildings in Gastown, and one of them was the building that Salt is in, and where I live above. When I originally bought it, I decided not to put parking in there because I wanted to have a commercial unit in the back alley. So I went online, looking for real estate in the area to see what was available. When you go on MLS, there's a a minimum price default. One day I decided to put in "0" and see if anything strange popped up. This 120-square-foot unit came up with one parking spot, and I thought, I need a parking spot!

Before we began construction at the Water Street building, I let artists and designers use [the space] for shows. I was continually getting requests from people wanting space, so I bought [the 120-square-foot unit] and let artists, designers and creative people use the space for free to have a show or do whatever they're working on.

And you let these artists and designers use the venue for a year, right?

I've had the space itself for four or five years. In the beginning, it was used mostly for weekend shows, but it got draining on me personally, with the requests and auditing and editing. I began to wonder whether Parking Spot would be more [impacting] if one person had it for a longer period of time, as opposed to giving it to a bunch of people for a very short period of time.

Jeffrey Boone was one of the first people to go in; he had it for about six months. He always wanted to be a gallery owner, so he went in there and tried different models. He tried it, decided that was what he wanted to do and then bought the space right across the street. Jeffrey had his gallery there for a few years, then recently decided that wasn't what he wanted to do anymore. Now he's the director of the Eastside Culture Crawl.

After that, there was a magazine called Pyramid Power that went in. A bunch of local artists that came out of Emily Carr used it as a little art gallery and a production place for their magazine. Then Natalie Purschwitz of Hunt & Gather was next. She had this idea was that everything she wore for one year, she had to make it herself. When she started, she emptied her whole closet out—shoes, underwear, handbags, jackets, shirts, everything—and she started making stuff to wear for a year, not only to see how it felt as a designer but as an artist.

Do you feel like Parking Spot has helped these designers and artists out, having it for a longer period of time?

I think so. I mean, I'd like to think so, otherwise I wouldn't do it. Jeffrey was positive because it gave him a test to see whether he actually wanted to be a gallery owner. Pyramid Power needed a space to operate their team out of, because everyone was doing it from their homes. Natalie blogged about her project throughout the year—she'd take a picture and then write a paragraph about what she was wearing that day.

I worked with her to try and find a way for her to sell some items out of there, too. We came up with the idea that she would try to present herself to patrons of the arts. She offered people mystery items that they would commit to and pay for. A month later, she would [calculate] how many people wanted a particular item and make that number. They'd then get it from her or she'd send it to them. The most recent resident is Heather Martin from Mono Clothing.

The lady who owned a smaller space next door to Parking Spot sold hers to me, so there are two spaces now. I'm not sure if I'm going to join them together or run them as two. Heather's using both those space until July.

Who's going in after that?

I've met him before! He did the mural in Judas Goat.

That's right. He did the mural at Pied-A-Terre, too. He has a bunch of kids books as well.

What do you think Vancouver can do more of to promote the arts community? Or are we doing a good job already?

I think in Vancouver we have an incredible amount of talent on the grassroots level, and it's quite fantastic. In the last year, the city as a whole, arts included, seems like it's more of a city now. And it's getting more confidence to be itself and a less need to look to London or New York or Paris as yardsticks. We really should be making our own yardsticks here. What comes out of here should be who we are.

There seems to be a lot of discussions on this, or at least it seems prevalent to me when I look at what's happening in the city. And you see it happening in a public forums, too, like with the Vancouver Art Gallery. There's a desire from them to have this architect come in and make it maybe as much about the building as it is about the art. That's one camp. Then there's other camp is more local-driven, saying, look, this should be something coming more directly out of our community; it shouldn't be about the building, it should be about the art. And maybe the building should be done by the skilled local architects we have here, rather than have someone come in and do another version of their art galleries that exist somewhere else in the world.

Do you have some favorite spots in town?

I like Six Acres, the Irish Heather, the Narrow on Main Street and the oysters at Cork & Fin.

What makes Vancouver so awesome?

This is a fantastic place to live once you figure out what your 'thing' is.  There's an incredible amount of really creative people that are here. On a personal level—as well as a creative and potentially professional level—these people can do great stuff if they look at the products they're working on, on a bigger level. But it's also not such a commercial space, where you're inundated with the presence of much larger corporations in the public realm.

Vancouver is a humble place, filled with humble people that are learning to aspire and exert themselves.