A new Food Cart Fest venue from last year brought bigger exposure, bigger crowds, but most of all, bigger expectations. Weeks one and two had their fair share of issues and there were a few growing pains.
0
Jul 9, 2013 11:54 AM By: Tony Hajdu 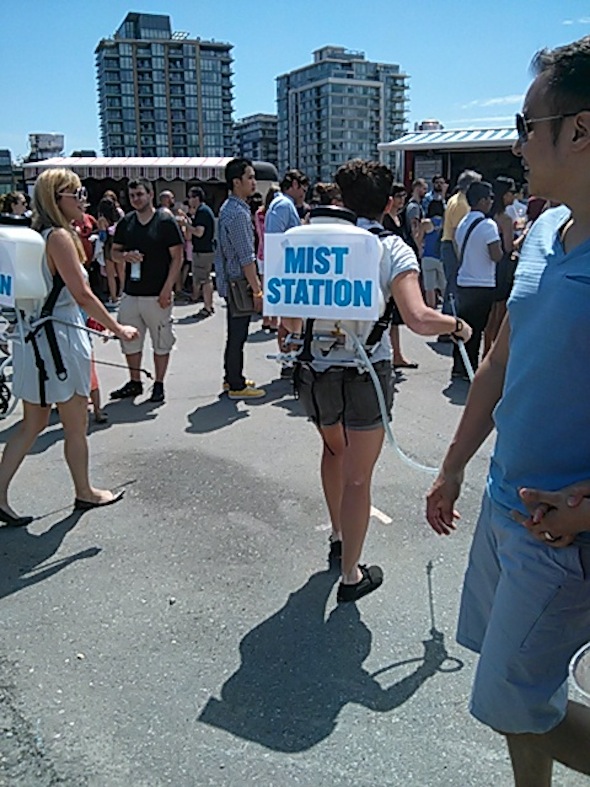 A new Food Cart Fest venue from last year brought bigger exposure, bigger crowds, but most of all, bigger expectations. Weeks one and two had their fair share of issues and there were a few growing pains. Week three was a big opportunity to hit a homerun and make a lasting impression for people to keep coming back every week until the end of summer. 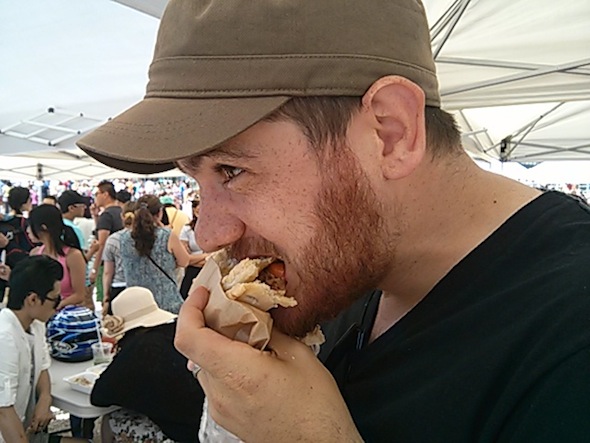 Huge improvements this week included the following: A) Shade. Lots of tents with a few tables and chairs were set up to help escape the heat, and everyone took advantage of these. B) Mist girls. Two girls were by far the most loved and appreciated people at the event, walking around with huge jugs of water to spray a gentle mist on the sun-drenched lineups and panting dogs. I would have suggested the name "Miss Mist". C) Quicker service. Last week, reports of hour-long lineups had people scarfing down their food out of hunger rather than take the time to appreciate the nuances of the flavours. This week, most lineups didn’t last longer than 15 minutes. D) Outdoor Flea Market. Eastside Flea had a bunch of vendors selling crafts and clothing for all your locally-inspired needs.

Now, on to the food. We’re going to be profiling a few vendors each week, showing you what they do best and how they make their food great. Our first stop was Roaming Dragon, a recent giant in the mobile food scene. I tried their Korean Bulgogi Gordita, mostly because its name was intriguing. The word ‘Bulgogi’ is Korean for ‘fire meat’, so obviously I’d made the best decision. It’s a sesame fry bread bun filled with beef brisket and some kimchi, and it truly redefined how good beef really can be. A CNN poll in 2011 listed Bulgogi as the #23 most delicious food in the world. Lots of people are concerned about the sustainability of meats, and Roaming Dragon has made a commitment to high quality meat and seafood. They source their meat from Two Rivers Meats and use Oceanwise tuna, and they pride themselves on using ethically-raised animals in dishes that you’ve never heard of. Definitely worth a try. 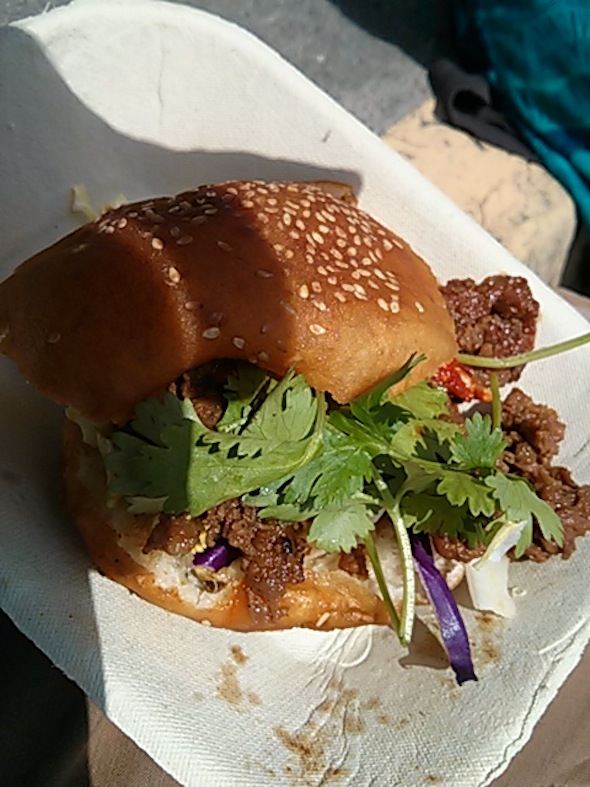 The next vendor on the list has a great name that is sure to attract all hungry stomachs: Aussie Pie Guy. They serve tons of varieties of meat- and veggie-pies, focusing on some traditional ingredients, but also throwing in some unusual options all over the place. I went with Shane’s Pie, which was filled with beef short rib, roasted vegetables, mashed potatoes and a deeply flavourful red wine sauce. Next time, I’m going to dive into a Brekkie Pie, because there’s no better way to tackle breakfast pains than with a pie filled with egg, cheddar, caramelized onions and double smoked bacon. Similar to most vendors, APG is committed to buying local and sustainable ingredients, even linking to the farms they use on their website. And they even have vegan and gluten-free options. They have a great enthusiasm about pies, and their love for the food oozes through the buttery, flaky crust. I was hemming and hawing over whether or not I should go to Australia (spiders are scary), and I’ve decided that it’s a must-visit now, if only for more Aussie food. 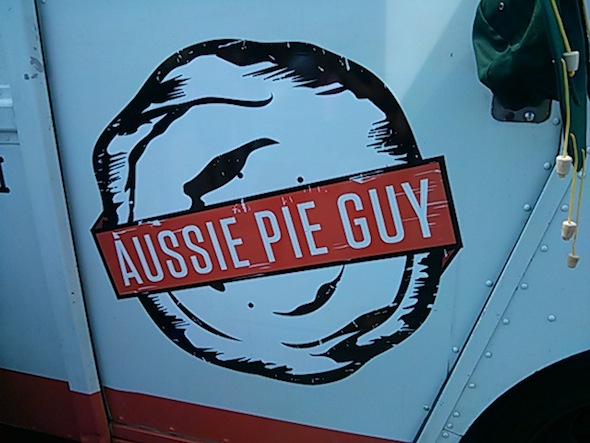 Yes, it was another scorcher for the third week in a row. But true Vancouverites won’t be complaining about the heat anytime soon, because they know just how quickly the dreary rains can return. For the next few weeks, things are definitely looking up at the Food Cart Fest; lines are improving, shade and seating is becoming more available, and you can even come away with some new duds. Vendors and attendees will relish this ongoing event as they mustard their hotdogs.