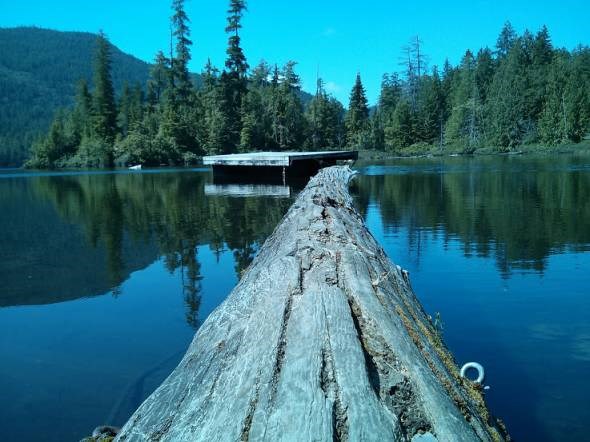 It’s finally summer! Rainy weekends are behind us (I promise 100%), so now you have oodles of awesome food truck experiences to look forward to. I’ll give you three things for July:

1) a blurb about the best food truck I’ve tried recently,

2) something great to check out this weekend, and

3) an amazing sold-out event at the end of the month for which I will tell you how to get tickets. 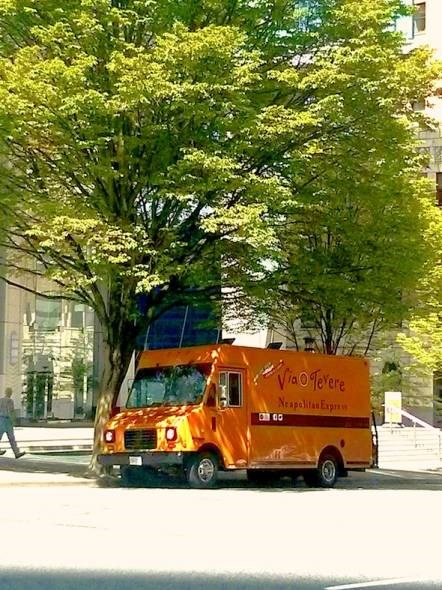 Pictures of food didn’t turn out, so you have to see the truck from a distance.

First things first: if you’ve had the opportunity to check out Via Tevere in East Van on Victoria Drive at some point, then you already know how fantastic their pizza is. It’s reasonably priced, made fresh, it has a classy feel, and it’s exactly the way you’d find pizza done in Naples. But, as they don’t take reservations, you’re stuck with a huge lineup every time you have a hankering for some of the city’s most authentic pizza. So forget the lineup and check out their food truck of the same name! They don’t do pizza; rather, they have a menu of wood-fired sandwiches that are made fresh out of their giant wood-fired oven in the back of their truck. No, scratch that, they now have two trucks serving up sandwiches. Everything is between $7.50 and $8.50, and you get a choice of one of four different “Saltimbocca” sandwiches cooked at 900 degrees, making it crispy on the outside, and ooey-gooey on the inside. The prosciutto-arugula one is my favourite, but I’m a sucker for dry-cured meats. If one evening, you find yourself near either Brassneck Brewery, 33 Acres, or Parallel 49, you’ve got a decent chance of finding Via Tevere parked outside, ready to pair with a local beer. Highly recommend checking it out. 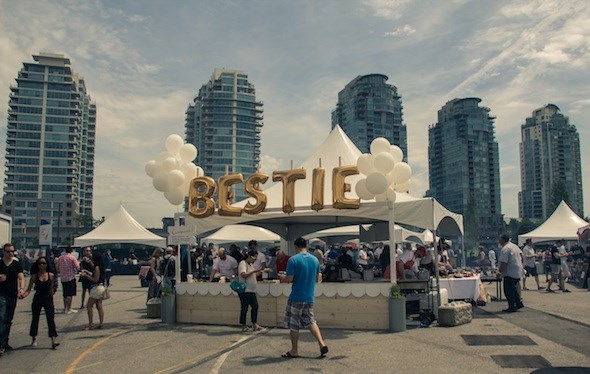 Bestie and I are besties.

Second, you’ve probably already been made aware of the Khatsahlano Street Party going on this weekend. It’s worth mentioning that something like a bajillion people were there last year, so this year, every food truck worth its salt is going to be there. As far as I’ve been able to find, at least 40 food trucks will be scattered along the 10-block route, so bring some cash with you when you head out. Most food trucks have gotten with the times and take credit/debit, so you’ll probably be fine. Try out a few trucks so you can munch on goodies while you listen to local bands playing live throughout the day on the eight performance stages. Don’t forget Baz Luhrmann’s advice though: wear sunscreen. 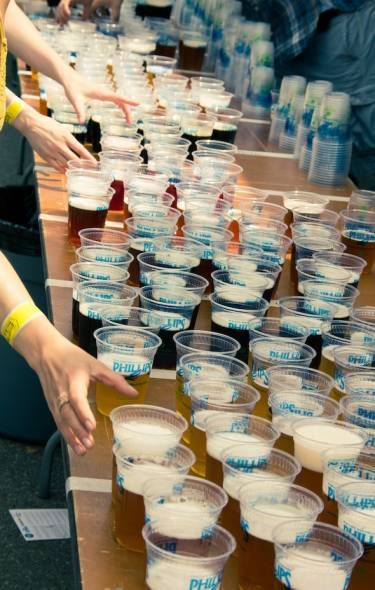 Try to contain yourself. The beer never stops flowing.

Third, and most importantly, there’s a festival going on Sunday July 27th hosted by Phillips Brewing Company. It’s not just any festival though, it’s Brewery and the Beast, a meat-and-beer festival that features over 50 top-notch Vancouver-area and Vancouver Island-based restaurants. Read to the end; it’s sold out, but hope yet remains for your foodie heart.

Have you ever wanted to try eating at Hawksworth, Wildebeest or Pourhouse, but didn’t have tons of cash sitting around to spend? Ever wanted to eat an entire pork belly and not be judged by others? Do you think that a smoked sausage made of free range duck and pork is an idea so awesome that you are now drooling? 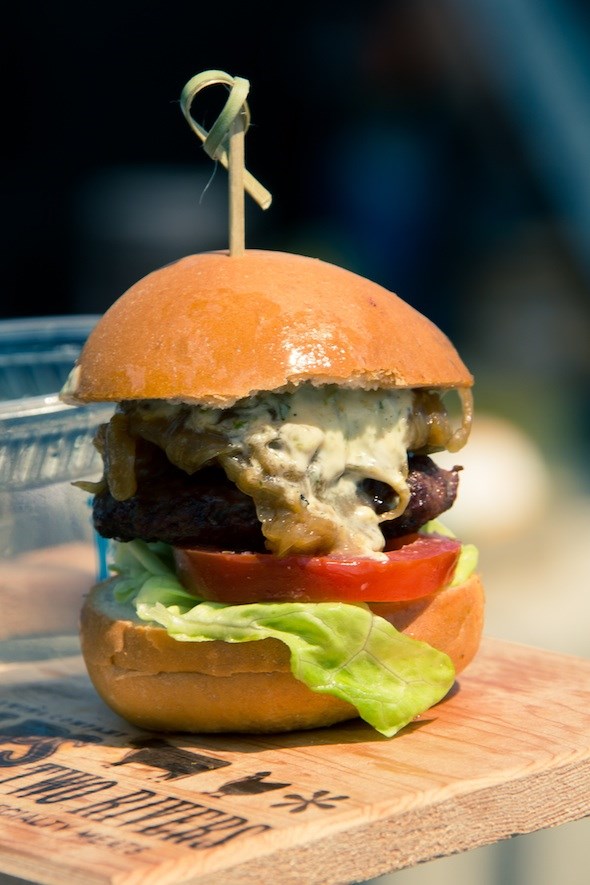 The Cove’s sliders are magnificent

A ticket gets you in the door, which will then give you unlimited food and beer for three hours. When you walk through the gates, it’s like the Pearly Gates of an omnivore’s heaven: chefs are painting a homemade BBQ sauce onto a suckling pig, the smell of marinated meat tingling at your nose, then a Phillips worker hands you beer without you even asking, and you start to succumb to the intoxication of smoky aromas. It’s not too bold a statement to say that this absolutely is the most excited I’ve ever been for a food-related event. 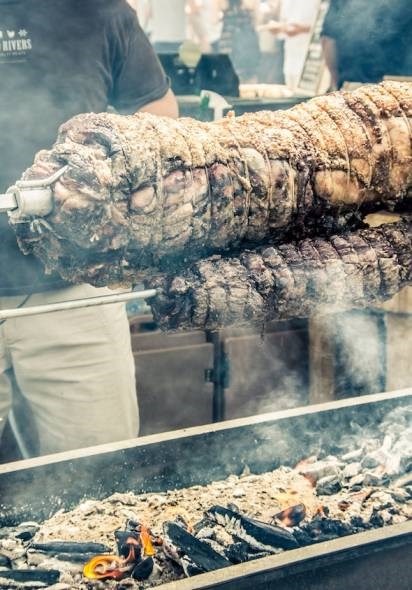 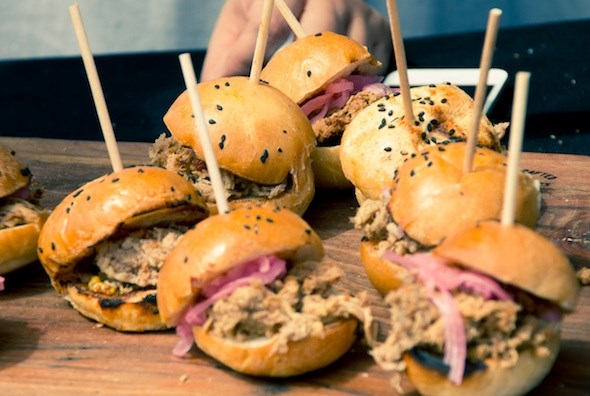 Jerry O’Connell’s got nothing on these sliders

I’m sorry to tease you like this when it’s reportedly all sold out, but there’s some good news too: there are still a few ways to get your tickets. Brewery and the Beast’s Facebook page has a few occasional offers of tickets through various presenters who will be there, and you can try to win tickets with their #meatmemories photo contest. If you have to buy them through things like craigslist or stubhub, regular price was $96, so you might end up paying a bit more than that. However, let me assure you that I’d gladly pay double the price for this event. But I wouldn’t sell my tickets for anything, so back off. I'll write up a post-event article, so keep your eyes peeled for the next Cart Attack. Above all, find tickets to B&TB, and don’t even think about eating breakfast that day.