It was announced earlier this month that CBC Radio 3, the flagship online music stream that was the spark that ignited the larger CBC Music service, is changing.
0
Mar 26, 2015 11:05 AM By: Bob Kronbauer

It was announced earlier this month that CBC Radio 3, the flagship online music stream that was the spark that ignited the larger CBC Music service, is changing. Grant Lawrence talked about it eleven minutes into THIS PODCAST they released today, and in case you don't have the time to listen to it I figured I'd outline what was said.

He begun with "Starting March 30th, 2015, CBC Radio 3 is changing" then went on to say that there will be no more live hosting on their daily stream which has been active for over a decade. Friday, March 27th (tomorrow) will be Grant Lawrence's final live show as he transitions into a new job as "CBC Music Host of Digital Media". He'll continue to host their monthly podcast but instead of a host between breaks live on the station they'll now be doing "artist features" between songs, which they premiered today. Their Searchlight contest where they find the best new band in Canada will continue, this year awarding a $20,000 prize. 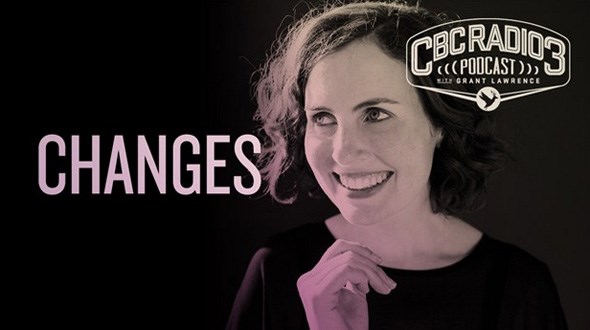 Over the years CBC Radio 3 has served the independent music community like nobody else in Canada. Exposing us to our nation's unsung talent, it's always been a groundbreaking service that fostered not only the artists but a legion of fans who have become a close-knit community. In the wake of these changes will be a legion of those folks who not only participated in daily live chats while the shows were airing, but in real life and as they banded together (music pun!). Our indie music editor, Christine McAvoy, is a large part of this community and was actually named their Fan of the Year in 2012. I hope that they'll see the change as a good thing, and that they stick together (as communities tend to do).

The CBC Radio 3 Podcast will continue - presumably as a monthly feature as it is now - with Grant Lawrence as the ever-energetic and awesome host.